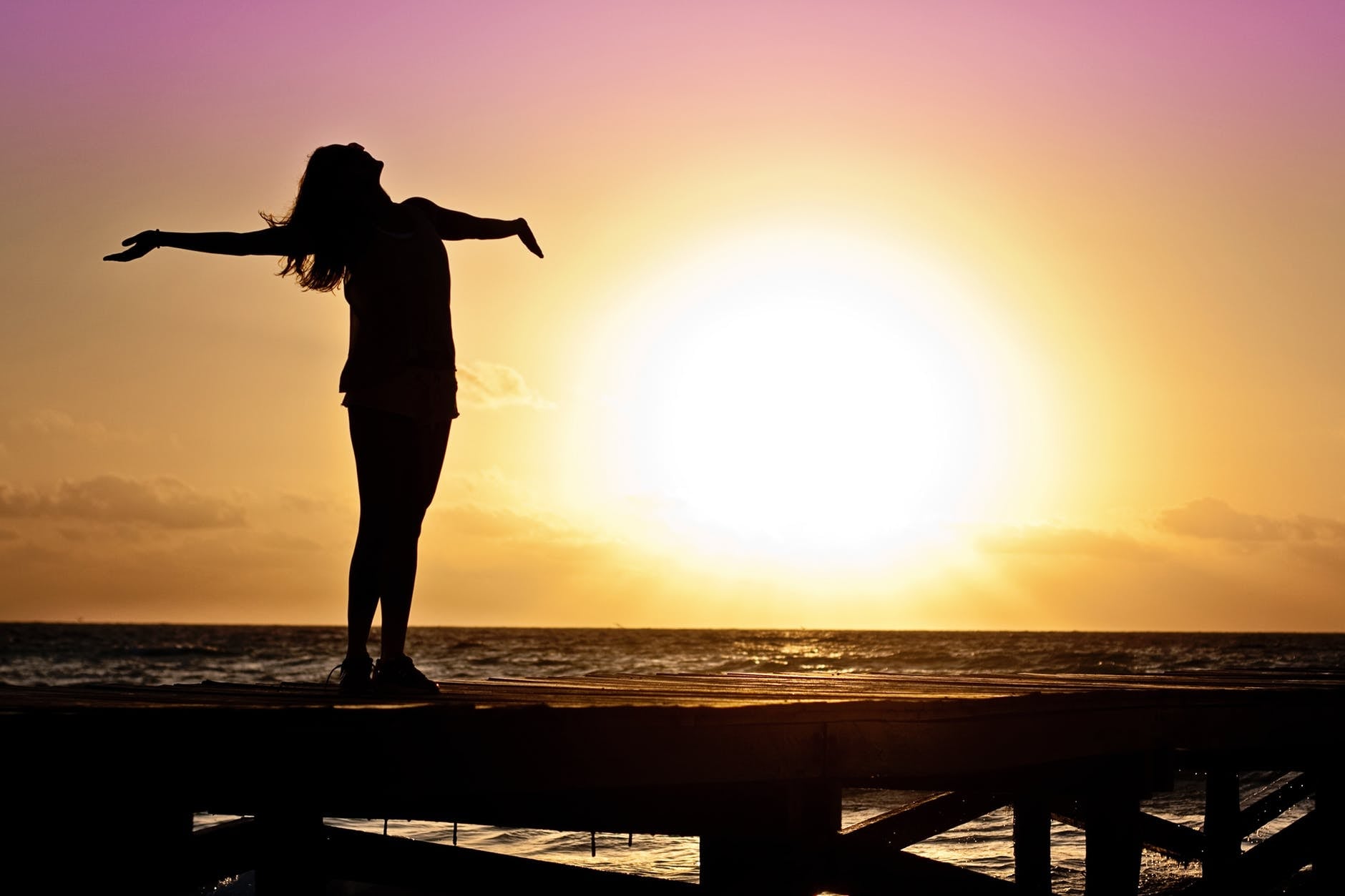 The first time I remember having a negative thought about myself was when I was 7 years old. I stared at my stomach in the mirror and wondered why it bulged the way it did — a routine I would soon participate in every time I stepped into the shower. At age 7 (and many years thereafter), I disliked everything about my protruding midsection and began to further analyze every bit of myself. The negative thoughts about my appearance would only continue to grow until they slowly began to take up my entire thought process.

My negative mindset completely took over my life, and my obsession with my outward appearance took up all of my mental space.

In second grade, I started the first of many diets I would be on in my life — this time to fit into my First Holy Communion dress. In sixth grade, I bought my first pair of shapewear so that the dress I wore to a sports banquet wouldn't show the stomach rolls I was trying so desperately to conceal. In eighth grade, I did Weight Watchers so that my cheerleading uniform didn't squeeze me as tight. I was constantly fluctuating — losing weight only to regain it all before starting the process over again. This not only frustrated me but it made me more and more angry with my body. It seemed that no matter what I did or tried to do, I still found flaws to pick at and obsess over. This pent-up anger and frustration came to a head during my sophomore year of high school, when I decided to lose weight by crash dieting and overexercising.

I began to lose weight quickly and went from wearing a size 10 or 12 to wearing a size 2 or 4 in just a matter of months. As I lost weight, I found myself more desirable, but the love for my body was fleeting each time I stepped on the scale. The dissatisfaction with the way I looked never went away, and viewing my reflection in the mirror only led to picking myself apart until there was nothing left of me but my flaws.

A few months later, I sat down at my grandmother's kitchen table for Thanksgiving dinner. Something clicked in my head and I realized that the fear I had about consuming the food in front of me was greater than my desire to actually eat it. While everyone else was sharpening their knives for their turkey and practically salivating at my grandmother's glorious mashed potatoes, I removed myself from the table and headed straight to the bathroom where I proceeded to have a moment of reflection. I realized I'd been isolating myself in fear that hanging out with friends or family would lead to eating unhealthy food. I wouldn't make plans after school because I needed to get a workout in. My negative mindset completely took over my life, and my obsession with my outward appearance took up all of my mental space.

After that initial realization at Thanksgiving, I knew I couldn't do it anymore and slowly began to rebuild myself. I recognized my behavioral patterns, and tried my best to challenge myself in doing the opposite of what my mind told me was "healthy." Going out for ice cream with my entire class after our high school football team won the biggest game of the year would make me happier than immediately going home and heading to bed. I realized that spending time with my friends and family and being present with them was more important than distracting myself and thinking about my next workout or meal.

Related:
20 Tattoos to Remind Us That Loving Our Body Is the Greatest Gift We Can Give Ourselves

With an immense amount of time, days where I've absolutely despised my body, days where I've celebrated it and everything it can do, and plenty of desserts, I have grown into the young woman I am now. I'm healthy. I'm strong. And I haven't stepped on a scale in months because I know that the number doesn't measure who I am as a person. I do my best to eat food that nourishes and powers my body, and I enjoy the food I consume. I learned the difference between working out because I'm disappointed in how I look vs. exercising because my body is able to be pushed physically, and that makes me feel powerful.

I have come to learn that our bodies are simply a house in which our soul lives, and a person's integrity and personality are so much more important than the way they look.

I don't know what caused me to have such a strong negative image of myself at such a young age. Maybe it's due to all of those grocery store tabloids that constantly compare women, pointing out who has the best and worst "beach body" where the slimmest woman always wins. It could be from how most women are portrayed in movies that created this false image of beauty in my head. Or maybe it's just easier to think negatively and engage in conversation about the flaws I have instead of wholly accepting myself. I grew up with the notion that if someone is smaller, they're more attractive, and, in turn, more people will like them. But as I've matured, I realized that this thought couldn't be farther from the truth.

I think that we're made to take up as much room as we want. Our personalities have no correlation to our bodies, and I think that it's hard to recognize that in today's world. I have come to learn that our bodies are simply a house in which our soul lives, and a person's integrity and personality are so much more important than the way they look. We don't need to shrink ourselves to be considered attractive, we need to embrace who we are and not apologize for it. We need to tell our bodies that we want to be friends with them, not enemies.

Related:
I Gained the Freshman 15 — Here's Why You Shouldn't Beat Yourself Up If You Do, Too

Loving myself has been and continues to be one of the hardest things that I've faced, but I also know that it's one of the most fulfilling things that I can achieve. I'm still learning. I'm still growing. I'm still becoming who I truly want to be. I shouldn't be afraid to embrace my flaws in an attempt to fully accept myself, nor should I ignore my past. I'm stronger because of what I've gone through and I wouldn't be who I am today without those days where I thought negatively about myself. I don't wholeheartedly love myself yet, but I'm relentlessly trying, and I think that's enough.