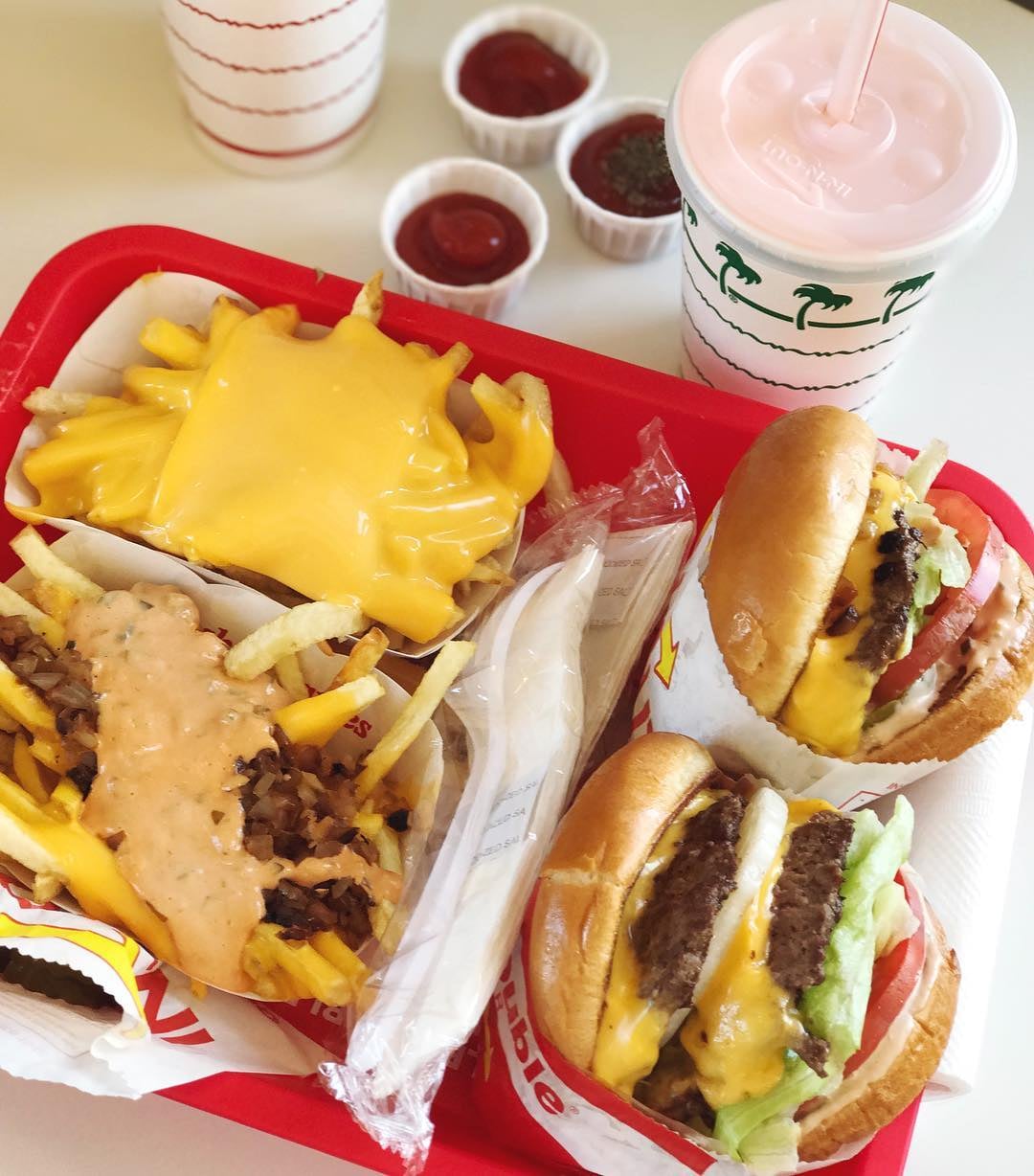 Do you vote In-N-Out over Shake Shack every time? If so, you'll crave a Double-Double after reading the juicy secrets revealed in one In-N-Out employee's Reddit AMA. The employee, who disclosed that he or she has been working at the West Coast burger chain for almost two years, answered people's burning questions about the quality of the ingredients, the employee discount, the "secret menu," and more. While Five Guys beat out In-N-Out for America's favorite burger chain in 2017, there's no denying In-N-Out has some of the best-tasting (and freshest) burgers in the nation. Read on for all the insider details.

In-N-Out is not allowed to freeze food.

Turns out In-N-Out practices what it preaches when it comes to fresh ingredients. Not only has the company been making fries from fresh potatoes for decades, but it also sources local meat — and isn't even allowed to freeze food. After a fan asked where In-N-Out's meat comes from, the employee responded, "Our meat is all local because we're not allowed to freeze anything. So in my case, it's meat from a local California farm."

If anyone knows what to order from the In-N-Out secret menu, it's an employee. When asked about what to order, the employee said, "I like Flying Dutchmans a lot," which are the ultimate bun-less burgers: two slices of cheese melted in between two burger patties. "Dessert wise, probably a root beer float." Noted.

Employees get one free meal per shift.

It would likely be hard to work an In-N-Out shift without wanting to bite into a burger, and the good thing is employees can satisfy their cravings for free. Well, mostly. According to the employee, "Associates get a free meal every shift. We can order anything up to the size of a Double-Double. However, we can't order animal fries or shakes unless we pay for them ourselves. We also can't give discounts to friends or families. In fact, the only discount we do give out is a police officer discount."

You can customize your order, including adding chiles or mustard patties to your burger.

As for advice for a first-time In-N-Out customer, the employee suggests not being afraid to customize your order. "If you like spicy, you should try adding chopped chiles to your burger. I personally like mustard-fried patties, which is when the cooks add mustard to the meat while it's grilling and add pickles to the bottom bun. Ultimately, the more you customize your burger, the more you'll enjoy it. We can customize almost anything so don't be afraid to ask."

Related:
How the Patties Are So Darn Juicy and 5 More Secrets From a Former Five Guys Employee

Timers on the grill indicate when the burgers are done.

In-N-Out's burgers are perfectly grilled thanks to the cooks' use of timers that indicate doneness. "I am not a cook yet so I don't know the exact time, but every burger has a different cook time. Well-done burgers, cheeseburgers, hamburgers, grilled cheese, etc."

The largest burger you can order is a 4x4.

Apparently there was a time when people could order 5x5 burgers from In-N-Out, aka five burger patties and five pieces of cheese. But the employee said, "We aren't allowed to make anything larger than 4x4s anymore. [They're] already ridiculously hard to wrap and anything larger would just look like a total mess. It's about presentation. If you want a larger burger, we can give you cheese patties on the side but we're not allowed to actually assemble it for you."