Aaron Paul and Bryan Cranston are back in the lab — but unlike their Breaking Bad characters, they're collaborating on something that won't result in jail time. In an Instagram post shared on July 9, Aaron announced they've teamed up to create their own Mezcal brand called Dos Hombres.

"Three years ago we sat in a sushi bar in New York. Talking about life and what we could possibly do down the road together," the actor wrote in the post's caption. "We had the time of our lives while shooting Breaking Bad and truly built a very special bond. Knowing that we couldn't share the screen for quite a while — our thoughts turned to a new project." Aaron went on to explain that he immediately had the idea for the duo to create "real, artisanal Mezcal made by hand in Mexico."

Related:
Breaking Bad Premiered 10 Years Ago — Here's What the Cast Is Up to Now

As for the the name, Dos Hombres is Spanish for "two men," or as Aaron put it "two guys on a quest." He wrote, "It's been a long and crazy journey and we couldn't be happier to share this with you and the rest of the world. We are crazy about the taste, the aroma, and the versatility of this smokey, age-old alcohol. Try it, and let us know what you think. We are certain you will love it."

Aaron had been teasing the collaboration via social media for the last few weeks, and many fans suspected that the big reveal would be more details on the Breaking Bad movie. Though it's a tad disappointing that we still haven't learned much else about the anticipated movie, we're not exactly upset about the duo's newest venture. Dos Hombres Mezcal is now available to order on the brand's official website for $58 a bottle. 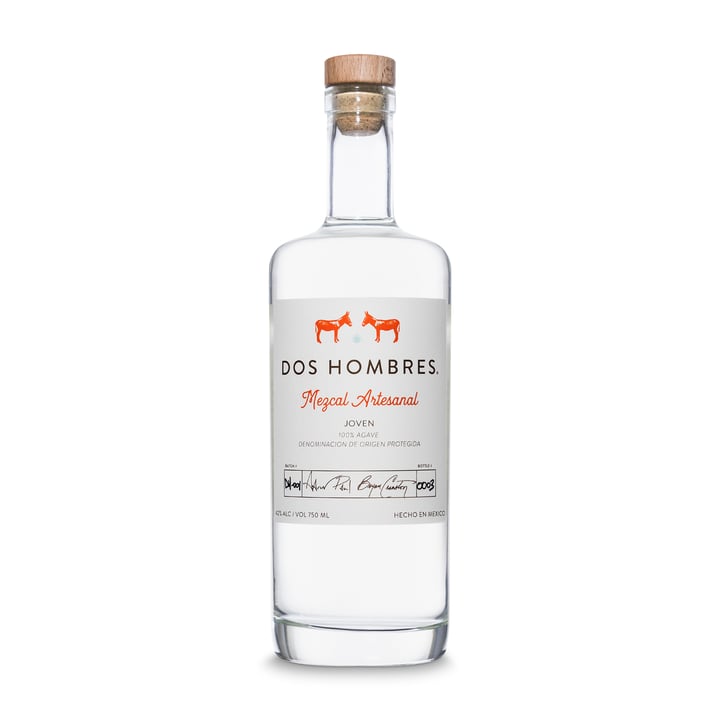