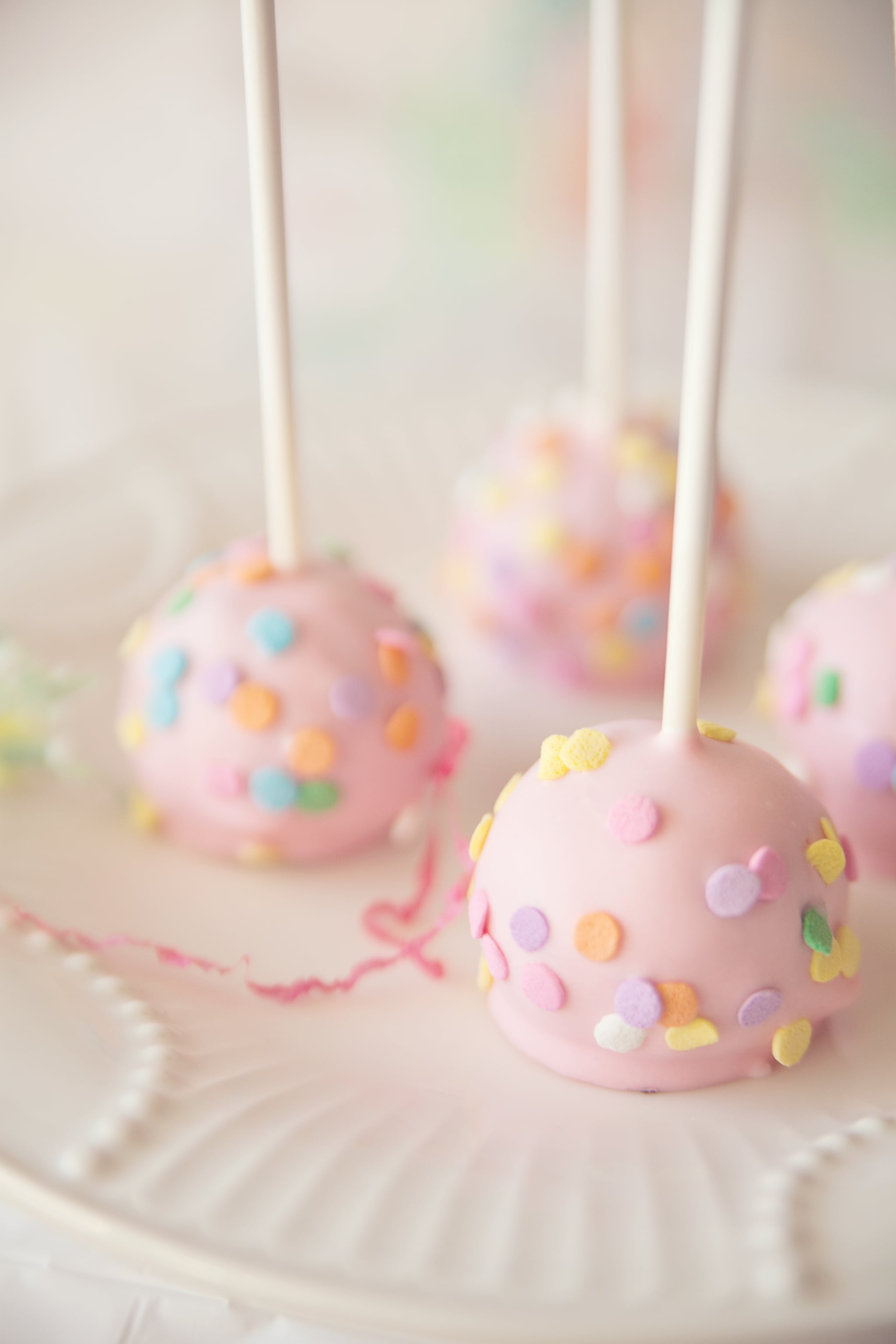 The first time I ever saw a cake pop, I was obviously very excited. I love cake, so a little, beautifully decorated ball of it seemed like the perfect thing to snack on at a party, instead of digging into a full piece and unknowingly having blue lips and teeth for the rest of the night from the frosting (true story). But when I bit into it and my brain quickly registered what I had done, it took every ounce of my willpower not to spit it out all over the nicely dressed guests next to me (or in the plant in the corner of the room). What the hell had I just eaten?! Whatever it was, I knew it wasn't cake. And after thinking the person who made this batch obviously just screwed it up, I gave cake pops another chance, and again, it.was.not.cake. These traumatic experiences led me to make this probably unpopular but very true conclusion: cake pops are f*cking disgusting.

Now, I know everyone's tastes are different and a lot of people who love cake pops are probably cursing me right now and saying, "Honestly, how dare you?" But seriously, it's not cake — or, at least, not the kind of cake bite I want.

The name is what really gets me. When I heard "cake pop," I thought I would get an enjoyable little piece of cake on a stick. But no, I got an immediate cavity and a stomach ulcer.

I know how they're made. You bake a cake, crumble it up, add frosting, and roll it into little balls before dunking them in more "frosting," which is usually just melted candy wafers. And that right there, my friends, is exactly my problem. Crumbling the cake into pieces and mixing it with frosting basically turns it back into dough, only five times sweeter. And THEN you cover it with a thick layer of frosting?! GET OUT OF HERE. Just call it what it is — a f*cking truffle.

Related:
Every Classic Reese's Shape Ranked From Best to Worst, Because Yes, They All Taste Different

What I would like is a fluffy, light ball of actual cake that's covered in regular frosting. And I'm talking about a ball of cake that hasn't been messed with or mushed together. What about that? Is that so wrong? Is that too much to ask?

The name is what really gets me. When I heard "cake pop," I thought I would get an enjoyable little piece of cake on a stick. But no, I got an immediate cavity and a stomach ulcer. They should actually be named "Ball of Dough That Will Fill You With Regret in .2 Seconds."

Look, I'm not here to rain on anyone's dessert parade. I love sweet stuff just as much as the next person. But I can't be a part of this lie any longer. Cake pops are cute for decoration and all, but if I see them at another party and am offered one, don't get mad at me for calling the police and reporting this crime.