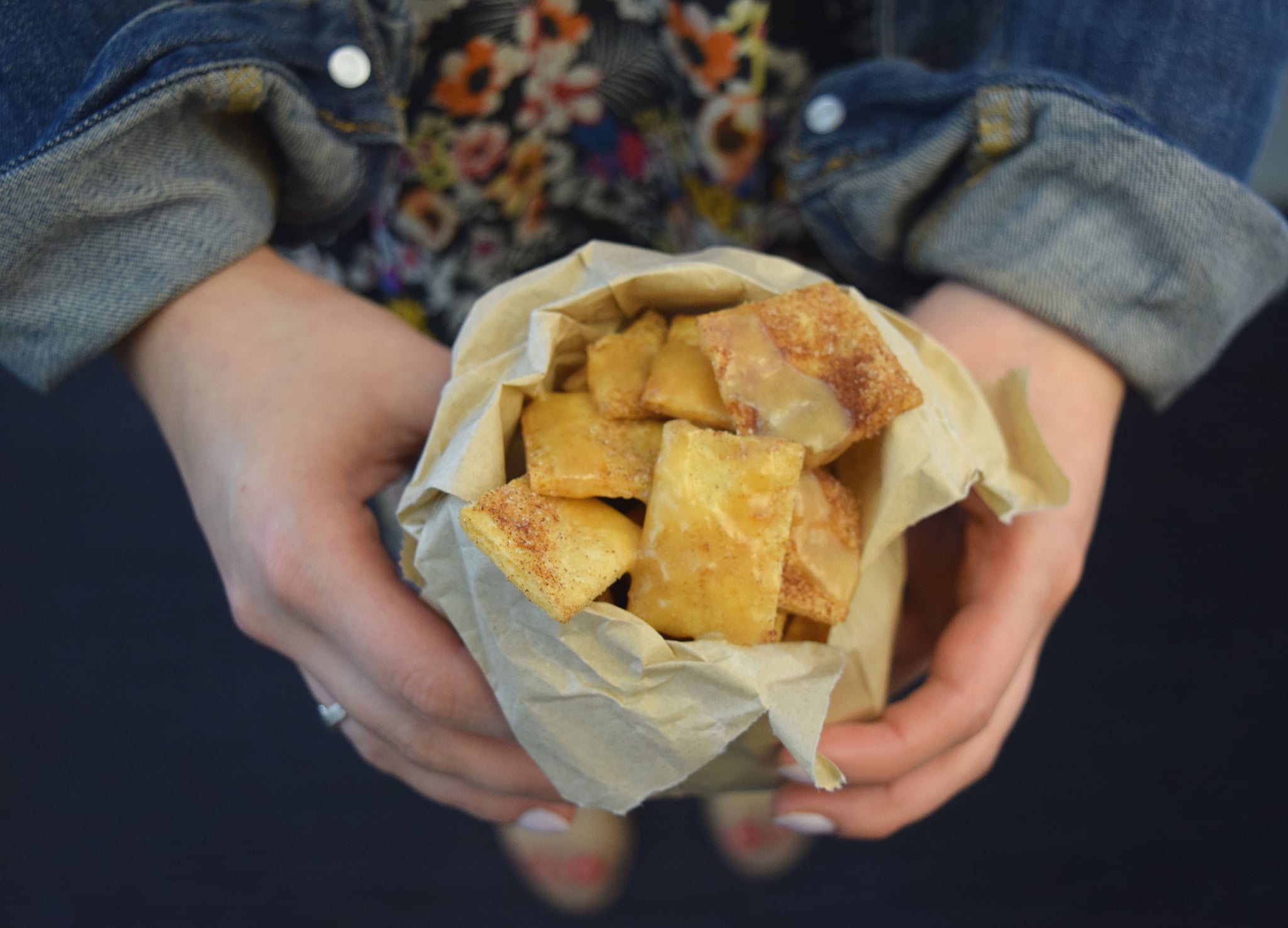 We're stoked that Chipotle is playing around with adding dessert to the menu. To start, Chipotle is testing buñuelos in one Manhattan restaurant, on 13th Street and Sixth Avenue. The treat is fried tortilla pieces dusted with cinnamon sugar and honey and served with a caramel apple sauce. It's reminiscent of Cinnamon Toast Crunch if it had been homemade and served warm. The caramel apple sauce has a bit of a sour-apple kick to it and reminded me of a melted caramel apple sucker from my youth. The sauce paired with the buñuelos is actually a lovely match, and those of us who tried the dessert had trouble stopping after a few bites. (I see no problems with this, however.) 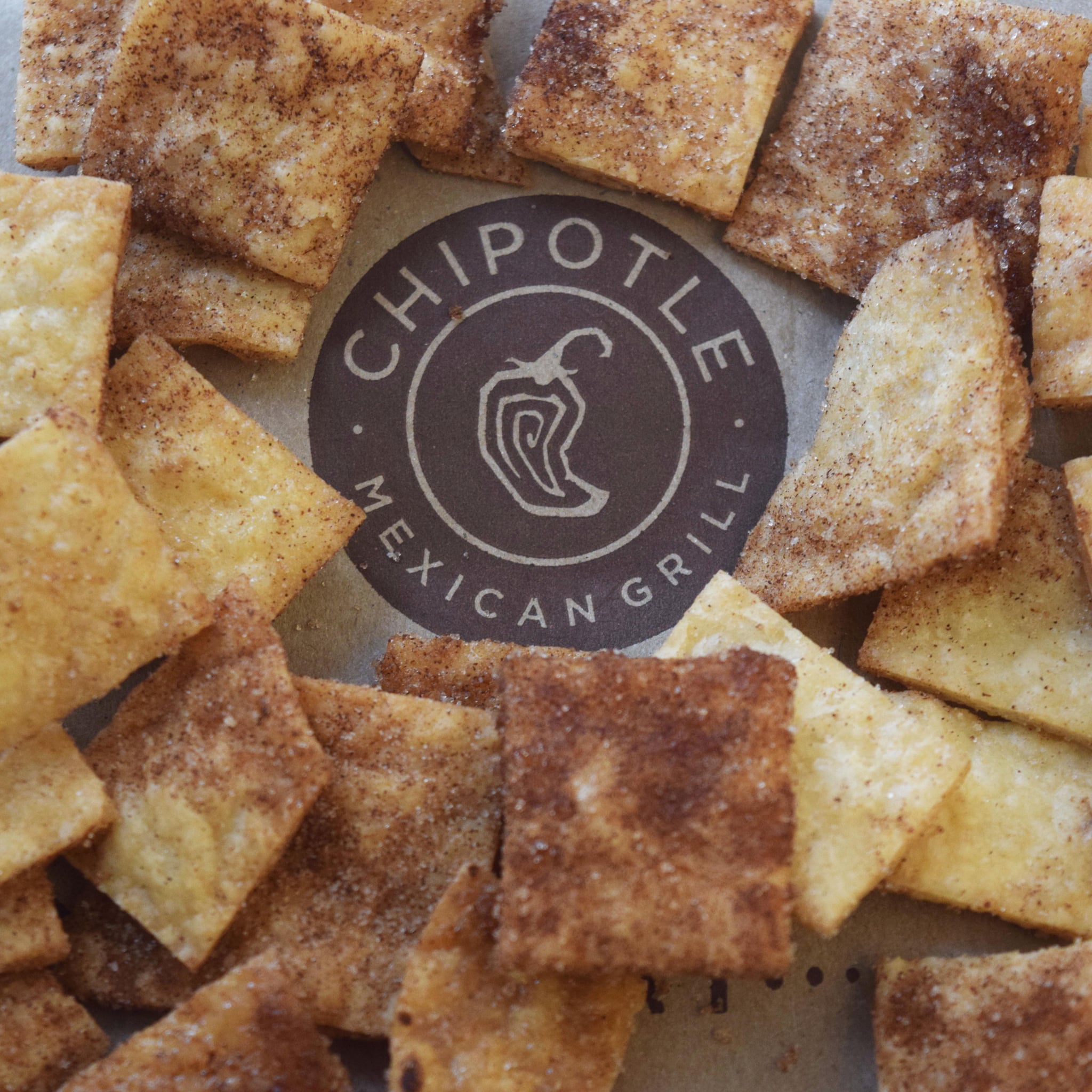 If you want to try the new dessert, which you should if you can, you have to be in the New York City area, because they're just at the one store right now. They'll be available for the next six to eight weeks for just under $2 for an order. It's a simple, snackable treat that I would reach for any time I want something sweet, so if you ask me, Chipotle hit the nail on the head with this one.