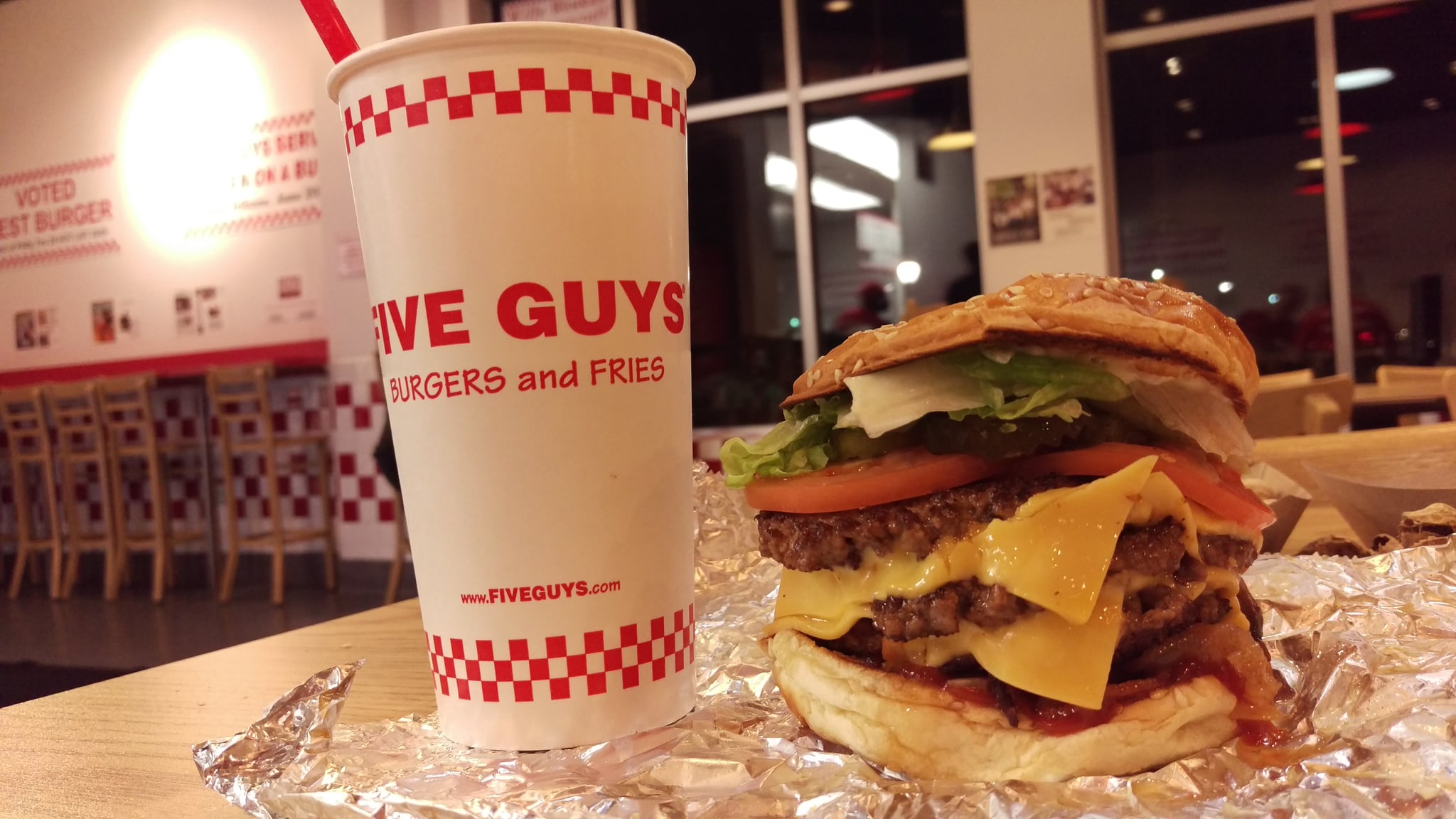 Five Guys may have just been named America's number one burger chain, but it turns out there's way more to the restaurant than grease-laden takeout bags and peanut-shell-covered floors. A former Five Guys employee, who worked at the burger and fries joint for a few months, recently did a Reddit AMA, and things got juicy (pun semi-intended). During the "Ask Me Anything" conversation online, the employee spilled details on the chain's french fries, burger meat, and so much more. Read on to get the insider scoop.

Related:
McDonald's Pizza's Not Returning Plus More Facts About the Golden Arches

You can add literally anything you want to their grilled cheese.

When asked what the most popular menu items are, the former Five Guys employee said, "If I had to break it down, it would probably be 60 percent order some kind of burger, 25 percent order a dog, 10 percent a grilled cheese, and BLT/veggie is 5 percent. I would recommend the grilled cheese, you can add anything you want to it, even a patty!" Furthermore, they later added that grilled cheese is their personal favorite choice because "it's the safest thing to eat on the menu."

The meat may not be as great as you think.

On the quality of the meat used in burgers, the former employee said, "Honestly? Not very good. It's not even seasoned, and sometimes we served bad meat." When another user chimed in to ask for more details on this tidbit, they clarified by saying it was meat that "was unsafe to serve to guests. Gray, slimy meat that we were still forced to serve. Also, meat that fell on the floor." Hmm, I think I've lost my appetite.

Another user asked, "What is the rationale behind ordering a 'small' fries, putting a tiny cup in the bag and then pouring four pounds of potatoes on top?" It turns out, it's actually mean to be a bit of an "illusion." The employee explained, "When you order a small fry (for example, but they do this for all sizes) you are paying for all of the fries that go into the bag. That 'extra' scoop is kind of an illusion, they told us during training that its to make customers think they're getting a big bargain. And you can ask for the cup with no topper if you want, you can do that."

Related:
6 Things You Don't Know About Panera Bread, Straight From an Employee

There's a reason the patties are so freakin' juicy.

When one Reddit user commented on how fresh and juicy their burger patty was, the former employee replied that it's all about the cooking method. "We're not supposed to press down on it, that removes the juices," they said.

Why do they have free peanuts?

"The peanuts are to distract the customers so that they won't stare at us."

Ah, the never-ending battle of Five Guys versus In-N-Out! When one Reddit commenter asked for the former employee's take on the matter, they said, "In-n-Out is way better, hands down." Moreover, they continued by saying, "As an insider, i can tell you In-N-Out is probably safer." Oh dear . . .