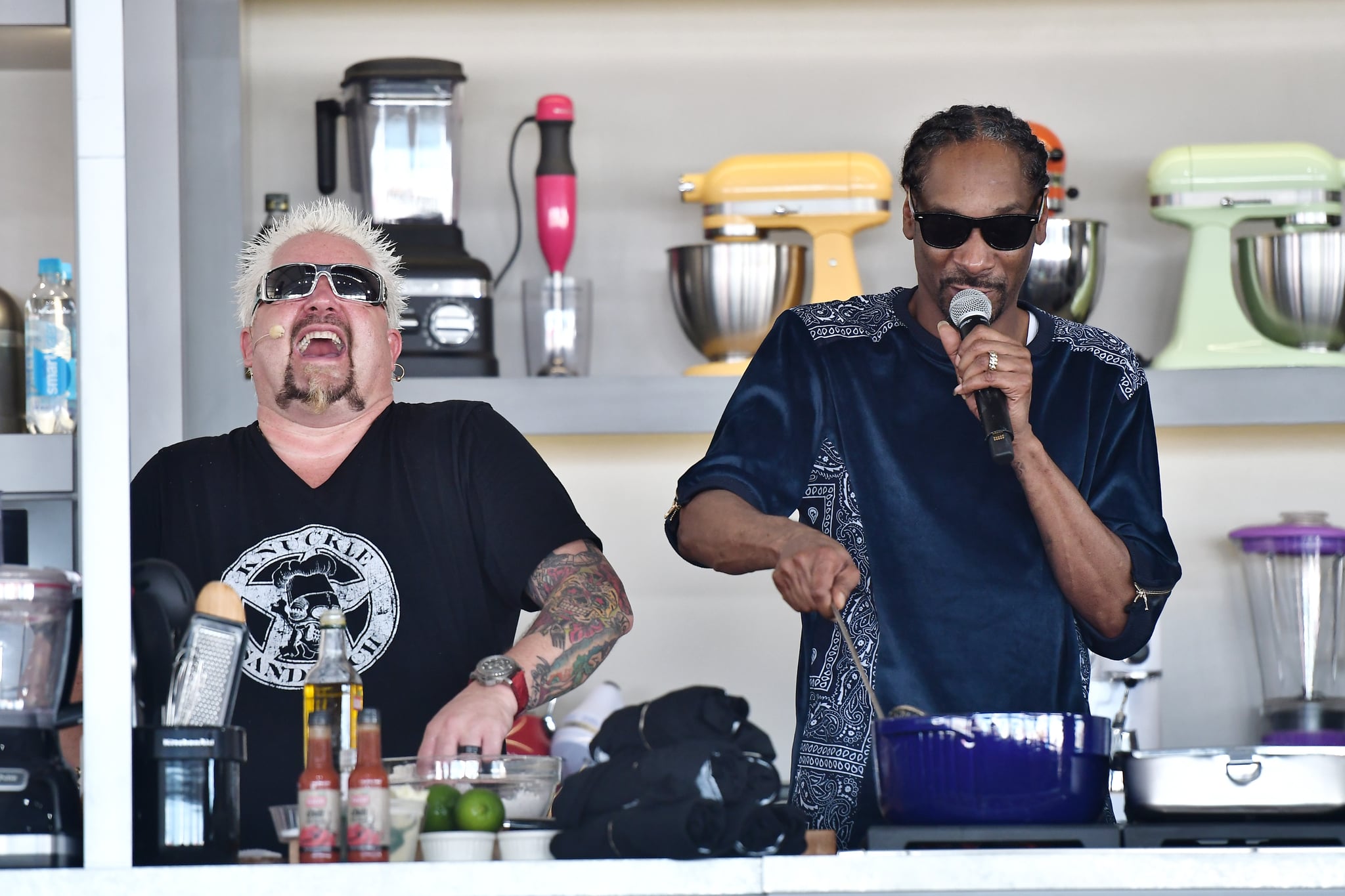 At the South Beach Wine and Food Festival near Miami, Snoop Dogg demoed his world-famous Gin & Juice recipe with someone other than Martha Stewart . . . He paired up with the king of Flavortown, Chef Guy Fieri himself, who busted out a flame torch to made his smoked chicken wings with herbed butter for the crowd. Though we don't have all the video footage from the event, Guy did immortalize one moment by Instagramming a video of Snoop rapping his famous single to a bouncy audience.

People Magazine caught up with Snoop at the event, and asked him the question we've all been wondering for so long, "Does Snoop smoke with Martha?" According to Snoop, "I ain't never smoked with Martha. I've smoked around her, but she don't partake." That settles it! If you're wondering when you can see the duo again, Martha & Snoop's Potluck Dinner Party is returning for a second season, so stay tuned for more details. 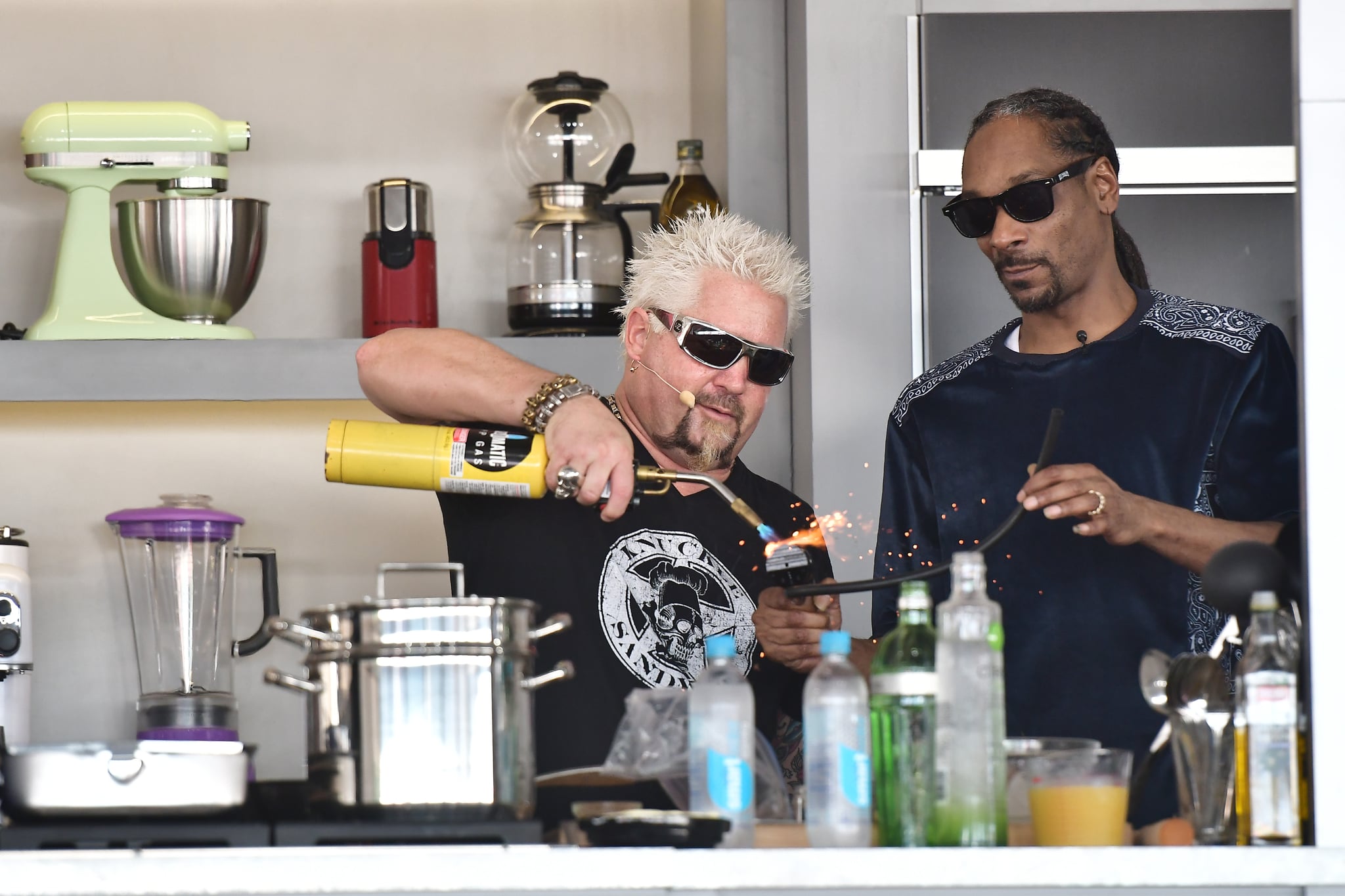 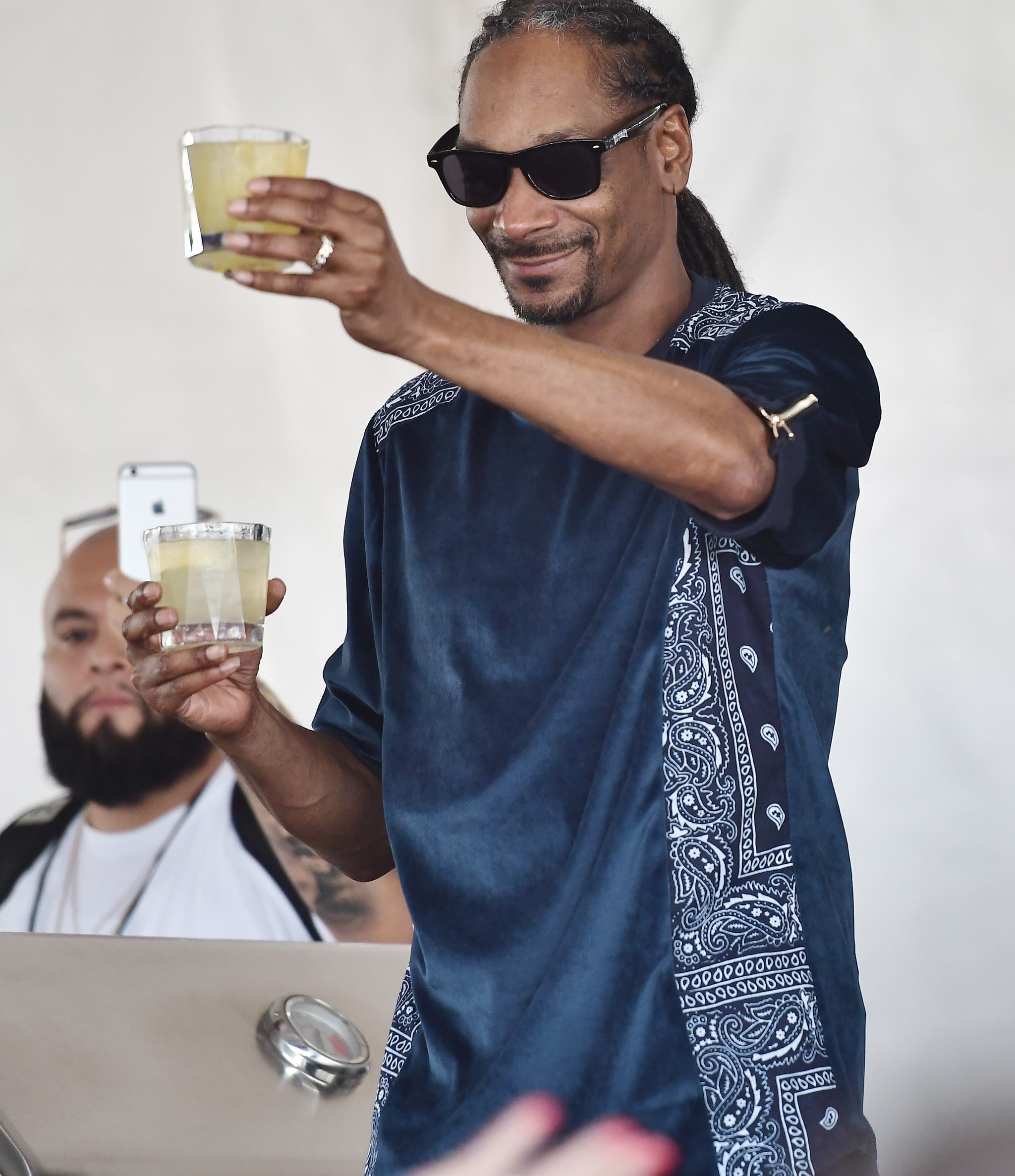 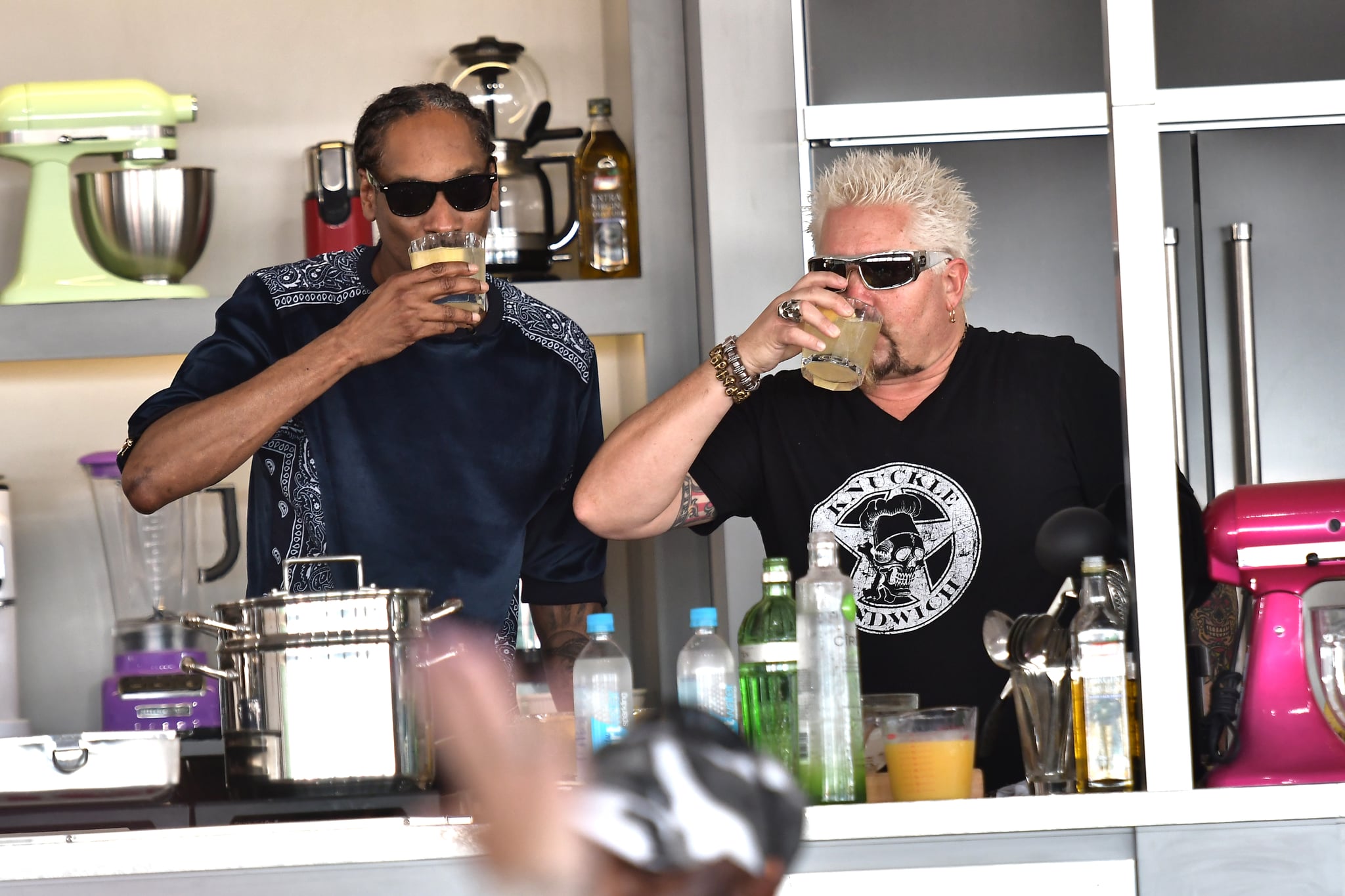