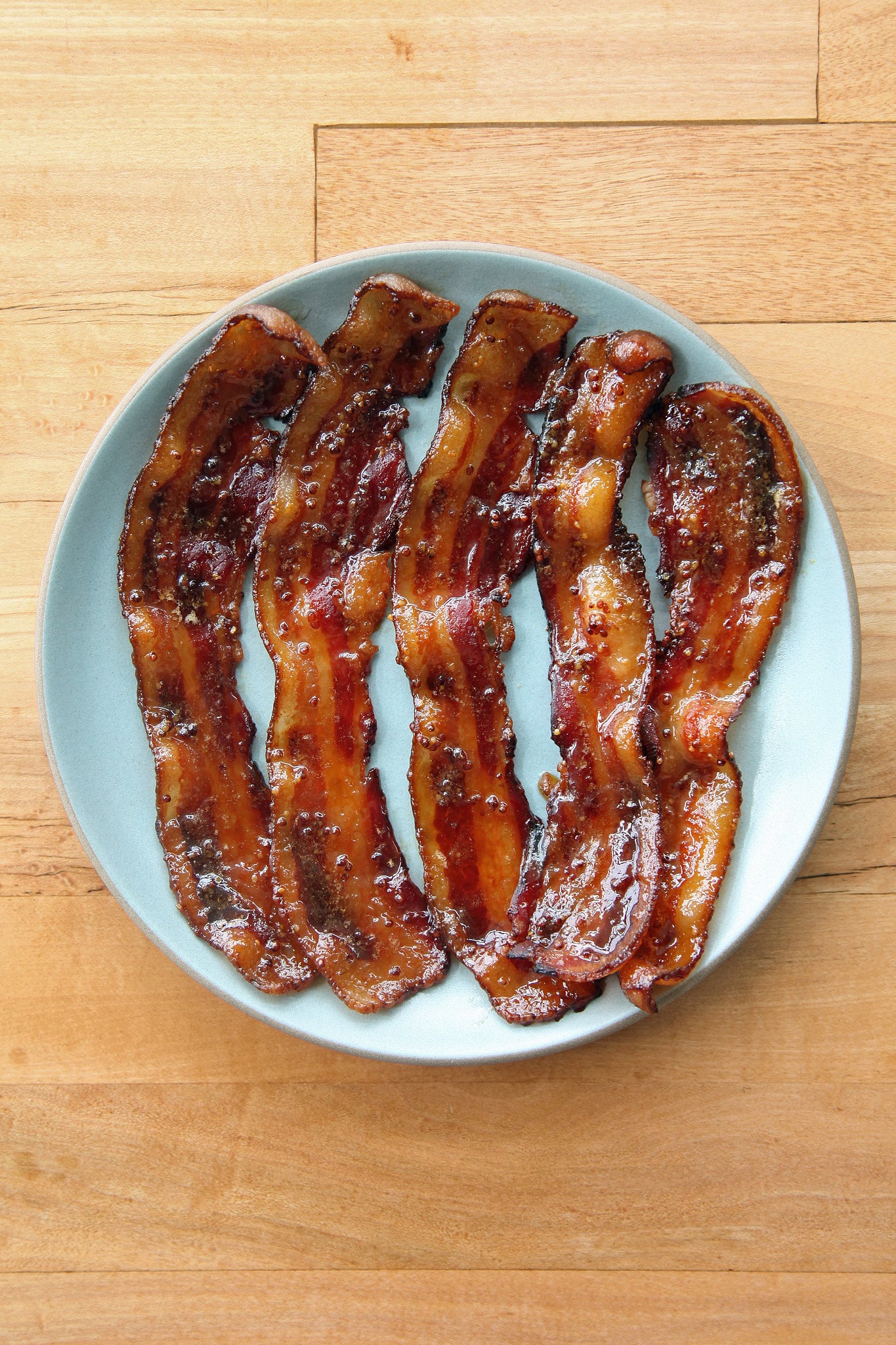 If you believe that bacon is one of the world's greatest treasures, you're going to want to keep reading. While you obviously know how to make bacon (either in a skillet or in the oven), you might not realize how many other cooking methods there are that can make it even more delicious. Allow us to offer you some bacon-making inspiration from some of our favorite celebrity chefs, from brining to glazing and more. You might just find your new go-to breakfast recipe.

Sometimes Ina Garten, Food Network queen, goes for simplicity over complexity, as evidenced by her oven-roasted bacon recipe. That five-star rating doesn't lie, either. If you've got store-bought applewood smoked bacon, you're just a simple technique away from perfectly crispy bacon.

Chef Michael Symon doesn't mess around when it comes to bacon. His homemade bacon recipe starts with five pounds of skin-on pork belly, which is then coated in a spice rub and refrigerated for up to 10 days. While that seems like a lot of work, it's worth the effort if you love bacon. One commenter wrote, "This recipe rocks! It was well worth the 10 day wait. I followed it to a T and it was delicious. Better than the bacon I get from the butcher." If you've ever wanted to attempt entirely scratch-made bacon, this recipe is a keeper.

Related:
This Is How All Your Favorite Chefs Make Grilled Cheese

With a brine made of sugar, salt, molasses, and apple cider, Alton marinates raw pork belly for three days to achieve his Iron Chef's bacon results. Once the meat is ready, Alton's tip for baking the bacon in the oven is to line the pan with paper towels to soak up the fat and prevent smoking.

Bobby Flay's maple-dijon- and black-pepper-glazed bacon is next level. By combining the flavors of maple syrup, dijon mustard, and smoked bacon, you'll get a sweet-salty-tangy bite that's hard to resist.