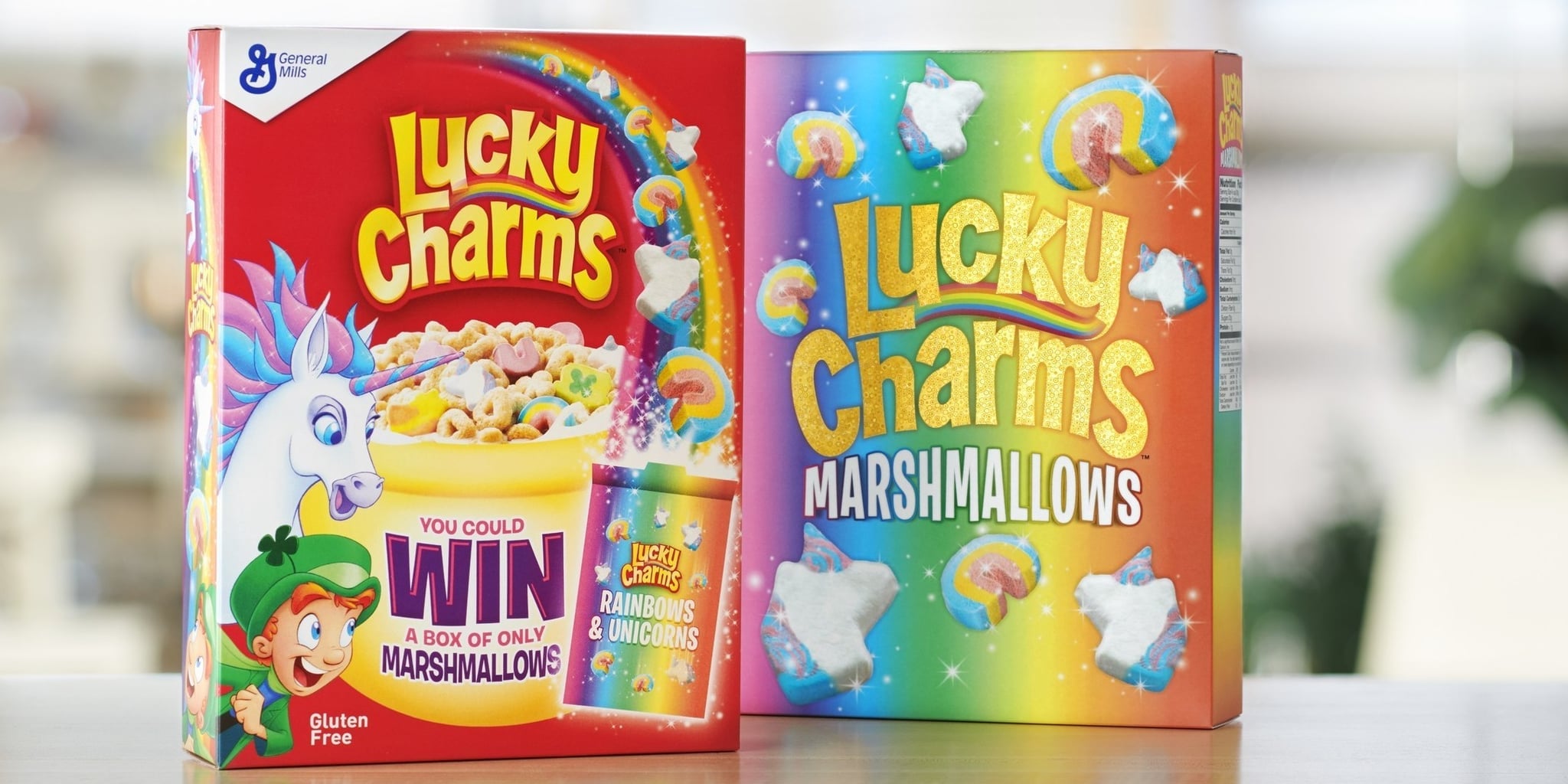 Lucky Charms is teasing us yet again with a marshmallow-box giveaway, but this time, it's somehow even better. The cereal company is giving away 15,000 boxes of the good stuff, and the marshmallows are all unicorns and rainbows — fun plot twist, right? There have been two other official marshmallow-only contests in the past: one in 2015 and the other in 2017. Because of the overwhelming success, General Mills is doing it again. "Consumers have flooded our inboxes and swept our social feeds begging for Lucky Charms Marshmallow Only to return," Scott Baldwin, director of marketing for cereal at General Mills, said in a press release.

There's no real way to guarantee you'll get one of the limited number of boxes. You simply have to buy a specially marked box of Lucky Charms at the grocery store, look for the code on the inside panel, and enter the code at at MarshmallowOnly.com. If the Lucky Charms gods reveal that you're a winner, you'll get an all-marshmallow box shipped to you. The contest runs through this Summer, and winners will "also receive membership into the elite Lucky Charms Marshmallow Only Club," which apparently exists! May the sugary odds be ever in your favor.