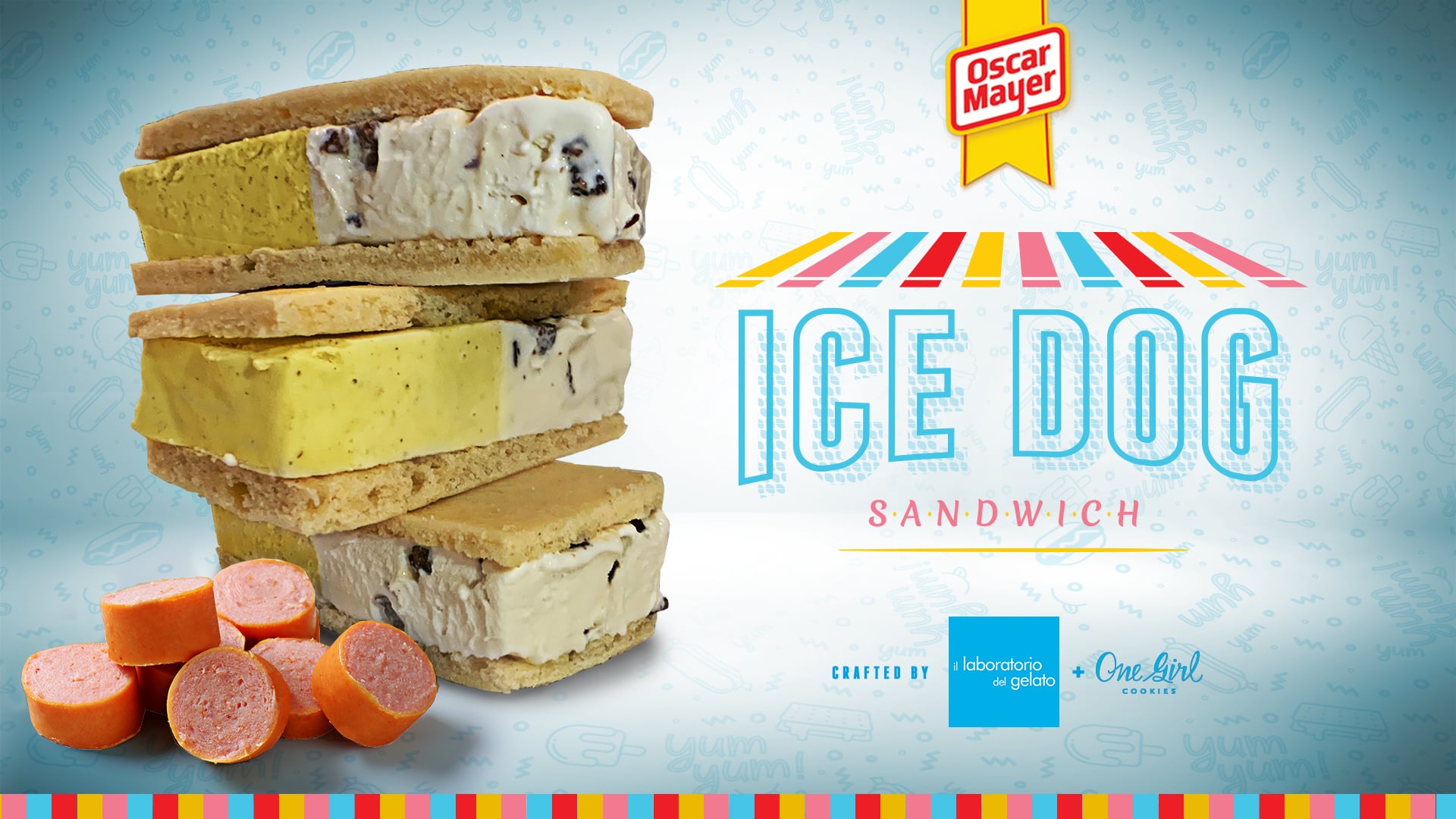 Remember when you thought that French's Mustard Ice Cream was the most bizarre thing you had ever heard of? Well, uh, Oscar Mayer has officially entered the chat. The famed hot-dog brand just announced that it's releasing an "Ice Dog Sandwich" this month, and I honestly can't tell if I should be disgusted or intrigued. Maybe both?

The new item is being promoted in honor of National Ice Cream Sandwich Day, which falls on Aug. 2. The Ice Dog Sandwich is made with two different ice cream flavors. On one half is a hot-dog flavor mixed in with real bits of candied Oscar Mayer hot dogs, and the other half has a spicy mustard flavor, because what's a hot dog without the only condiment that matters? Both flavors are sandwiched between two cookies.

There's a part of me that can't even imagine what eating a hot-dog-flavored ice cream would be like, but I'm slightly ashamed to admit that the other part figures it can't be too vomit-inducing, judging by our editor's review of that eyebrow-raising mustard flavor. It's obviously something that you won't know until you try. As of right now, they'll only be available in the NYC area when Oscar Mayer's beloved Weinermobile pays the city a visit on Aug. 14, though you should keep an eye on the brand's official Twitter in the next few weeks for more updates on how to get one.

Celebrity Instagrams
Olivia Rodrigo's Riff on Britney Spears's "...Baby One More Time" Outfit Is as Brilliant as It Sounds
by Sarah Wasilak 22 hours ago

Summer Fashion
What to Wear Now That the World Is Reopening, According to Celebrity Stylists
by Nikhita Mahtani 3 days ago

Summer Fashion
For the Days I Feel Like Being Comfy, I Wear This $35 Target Dress
by Krista Jones 4 days ago