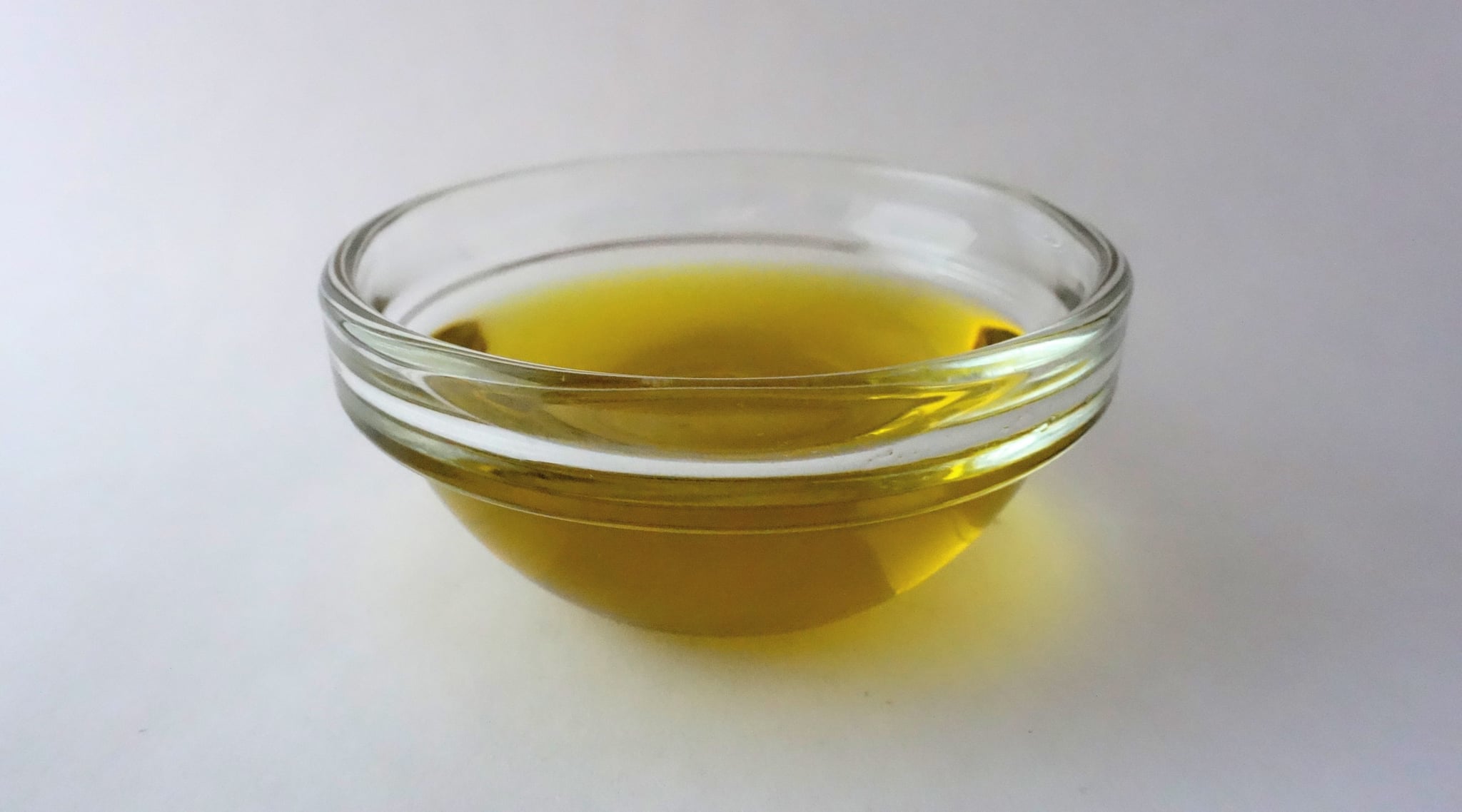 As consumers, we have to stay vigilant about the food products we buy. Take honey: did you know that most bottles, including those labeled as pure honey, are diluted with high-fructose corn syrup? Unfortunately, extra-virgin olive oil is another common grocery item at risk of deceptive labeling.

The news has been filled with reports suggesting we can't blindly trust the extra-virgin olive oil on our store shelves. Recently, Italy increased its penalties for olive oil counterfeiting after investigators leaked details of a massive olive oil fraud. Around 7,000 tons of extra-virgin olive oil were labeled 100-percent Italian, though they included oil from other countries like Syria, Turkey, Morocco, and Tunisia. And you might have caught the 60 Minutes investigation of olive oil fraud in Italy, which looked into how the mafia helps perpetuate the food crime.

Extra-virgin olive oil is made by simply crushing olives and retaining juice. In order to get that designation, the olive oil must be manually pressed and no chemicals can be used. The oil must also maintain its complex flavor profile. The unprocessed and unrefined olive oil is called "virgin" because it is the most pure form.

In 2010, Researchers at the University of California, Davis, published a devastating study that found that 69 percent of imported extra-virgin olive oil sold in California was falsely labeled. Dan Flynn, the executive director of the UC Davis Olive Center, explains: "we found that often the quality of the olive oil did not meet extra-virgin standards."

You may have heard of this study when it was featured in a widely-shared New York Times infographic about olive oil fraud in 2014. It's important to note that the New York Times piece inaccurately sensationalized the study's findings by suggesting that 69 percent of olive oil sold in the US was cut with cheaper oil or doctored with chemicals. The paper released an extensive correction. Imported olive oil brands also took issue with the fact that the study was funded in part by the California olive oil industry.

What the UC Davis researchers did find was that 69 percent of imported olive oil labeled "extra virgin" had been compromised. Issues included samples that were oxidized, adulterated with cheaper refined olive oil, or made from olives that were damaged, overripe, or improperly processed. Some samples had a combination of these problems. The Times piece originally implied that all 69 percent has been adulterated with cheaper oil, which was not the case, but the actual results should cause you concern. In their summary, the study's authors state that "sensory tests showed that these failed samples had defective flavors such as rancid, fusty, and musty."

Related:
Brace Yourself For the Actual Expiration Date of the Olive Oil in Your Pantry

While there are instances of outright and sophisticated olive oil fraud, a consumer is more likely to find a bottle with such poor quality that the oil inside does not live up to the extra virgin label. Maia Hirschbein, oleologist at California Olive Ranch, who points to the UC Davis study, as well as investigations from Consumer Reports and the National Consumers League. "If the oil is old, was made from bad olives, or was bottled in clear glass that exposed the oil to light, it can be of poor quality." 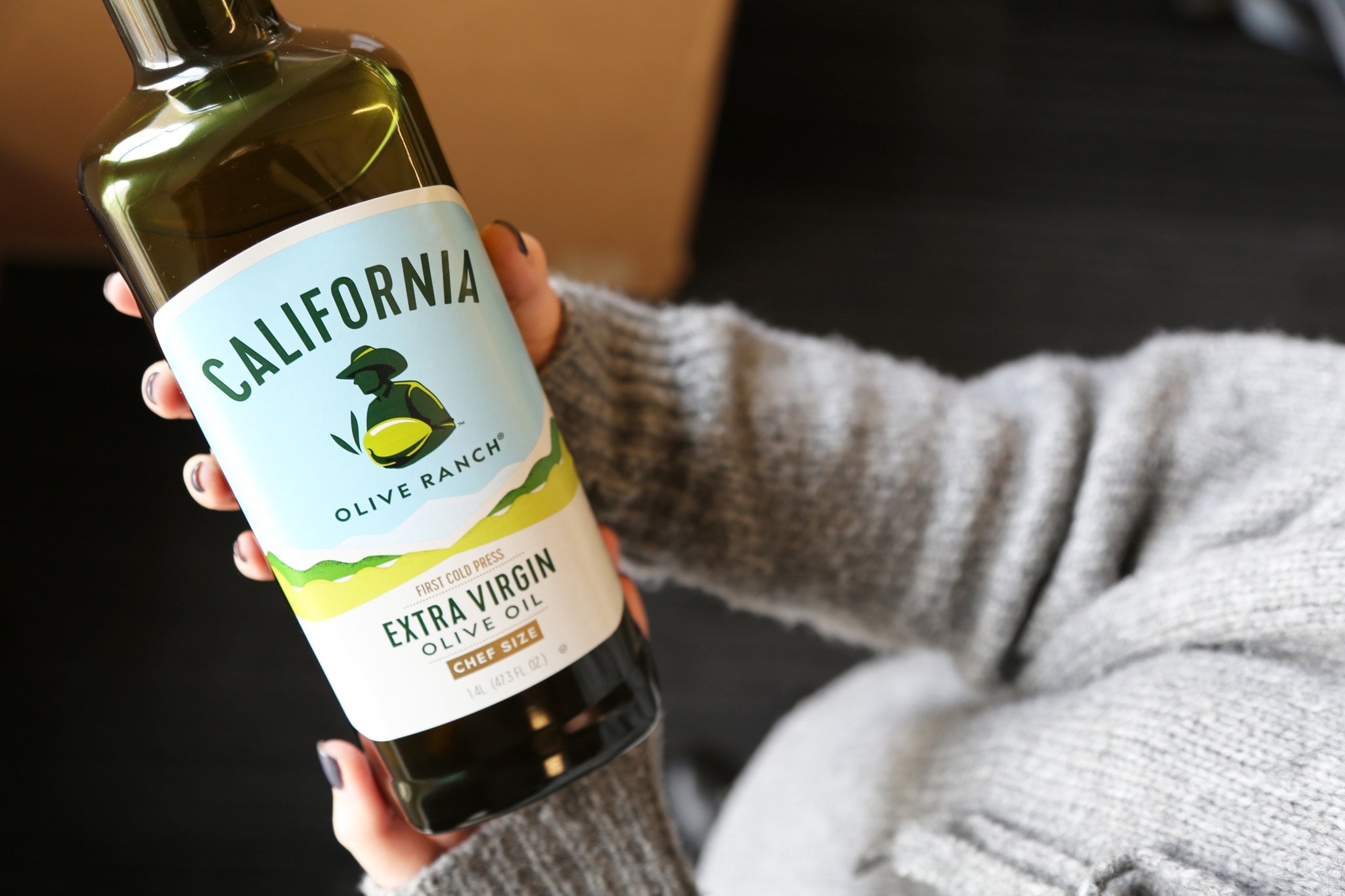 Getting ripped off isn't the only thing at risk when you buy substandard olive oil — it could also have health effects. Many of us know that extra-virgin olive oil is better (or at least more expensive), but not why. Because it is less processed than other olive oil, extra virgin olive oil retains more of the original flavor and healthy properties of olives. You'll recognize it by its fruity, bitter, or pungent flavors.

"The primary health benefit of extra virgin olive oil is the antioxidant property which we call polyphenol," explains Hirschbein. "Those reduce oxidation in your body and will help prevent things like cancers and heart disease."

If you're not buying the real thing, you're not getting these real health benefits.

Flynn agrees with that assessment: "The health benefits from quality extra-virgin olive oil come from two things: antioxidants and high monounsaturated fat. Studies indicate that these elements are associated with benefits for reducing blood pressure, inflammation, diabetes, Alzheimer's Disease, some cancers, and obesity." If you're not buying the real thing, you're not getting these real health benefits.

Related:
The Scary Truth Behind the Honey Sold in Grocery Stores

Quality olive oil has so many health benefits that the FDA actually recommends eating two tablespoons to reduce the risk of heart disease. Looking at past research, it almost seems like a wonder drug. Olive oil can reduce the need for blood pressure medication. It can help lower your cholesterol levels and reduce the risk of Type II Diabetes. It can prevent osteoporosis by helping the body absorb calcium. It can ward off obesity thanks to its nutrient-dense, satiating nature. The antioxidants help counter oxidation from the sun and thus prevent the most dangerous type of skin cancer. It can counter free radicals in your body that eventually cause other types of cancer. According to one Spanish study it can also help reduce the risk of mental illnesses, like depression. And another in France found that it reduced the risk of strokes.

When you're eating an oil that is older or isn't actually extra virgin, Hirschbein says, you'll be using an oil that "doesn't have those extra benefits that extra virgin does." You wouldn't want to take expired or damaged medicine, so you shouldn't settle for substandard olive oil.

Who Can You Trust? 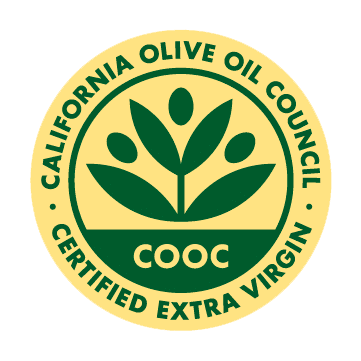 Since the UC Davis findings came out, Flynn says "there has been increased awareness among professional buyers." The people stocking our grocery shelves now pay more attention to quality problems and their ability to acquire legitimate product. One such vigilant professional is Lauren Winstead, global Buyer for Whole Foods Market's private label brands. "We test 365 Everyday Value oils for their pH levels, peroxide value, UV extinction, fatty acid composition, sterol composition, wax content, steroidal hydrocarbons, and pesticides to ensure it meets our requirements," she says. And the brand also packages oils in dark glass or tins to protect the oil from light, which can negatively affect the quality of oil.

"Olive oil is simply a fruit juice and it's perishable."

In addition to choosing certified brands with a proven track record, there are other tell-tale signs that an extra-virgin olive oil is legit and things you can do to keep it that way. "Olive oil is simply a fruit juice and it's perishable," explains Hirschbein. If too much time passes from harvest to consumption, it will lose its extra-virgin luster, she says. To makes sure you don't let that happen, here's what Hirschbein suggests:

The Beauty of Buying Local

The easiest solution for avoiding doctored olive oil may be right here at home in the USA. You can be more certain about the quality if you ditch imports for California-grown extra-virgin olive oil. In the UC Davis study, nine out of 10 California samples were confirmed authentic, a much better rate than the imported oils. You had a one in 10 chance of getting a bad oil when you bought California-grown, versus an almost seven in 10 chance for the international oils. Since the study, a proactive American olive oil industry has stepped up pressure to make sure domestic oil is held to appropriate standards. As a result, the U.S. Department of Agriculture (USDA) adopted chemical and sensory standards for olive oil.

You don't have to sacrifice taste either. "California supplies only about 5 percent of domestic consumption," Flynn notes, "but California has been recognized in international competitions as being capable of producing very high quality." A recent blind tasting of supermarket olive oil by Cooks Illustrated magazine, gave their top prize to California Olive Ranch's Everyday Extra Virgin. Some popular import brands were described as "nothing special" or similar to vegetable oil.

Brands like California Olive Ranch want to make sure that their products remain affordable, too. A half-liter bottle of basic extra-virgin olive oil is stocked at Walmart for less than $8 and can also be found at Costco. Hirschbein explains: "One of our priorities at California Olive Ranch is to offer good extra virgin at an affordable price, so you can use it every day." When you realize how good the real thing is, you'll want to do just that.