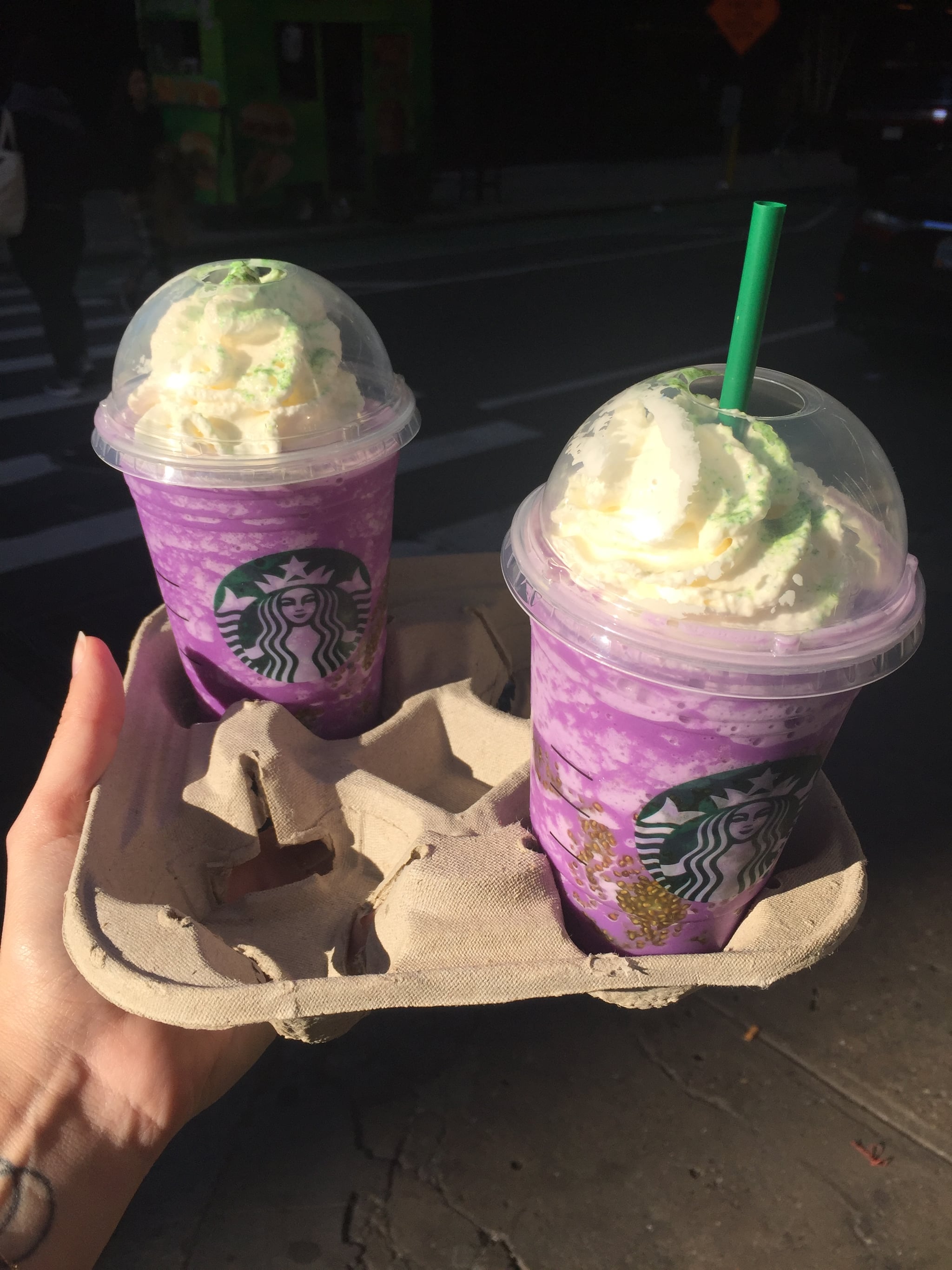 Starbucks is back this year with another eye-catching Halloween Frappuccino, and was there ever really any doubt? Following the craze surrounding last year's Zombie Frappuccino, Starbucks has announced a new Witch's Brew Frappuccino. The bright purple drink consists of toad's breath, bat warts, and lizard scales. Just kidding — the ingredients actually include orange crème, chia seeds, and whipped cream with a dusting of green powder for decoration.

Now, we'll get to the real reason you likely clicked into this story: how does it taste? The Frappuccino primarily elicited comparisons to orange creamsicles, Fruity Pebbles, and even those Flintstones Chewable Vitamins made for kids. We polled a few POPSUGAR editors on their initial reaction to the Frappuccino. Here they are below:

The Witch's Brew Frappuccino will be available now — but for a limited time — at Starbucks locations throughout the United States, Canada, Mexico, and select locations in the Caribbean.

Food Reviews
I Tried Muniq Empowerfull, a Supposedly Tasteless Fiber Supplement — Here's What I Thought
by Angelica Wilson 5 days ago