The official first day of Fall may not be until Sept. 22, but Whole Foods is already out here making our wildest pumpkin-spice-loving dreams come true. The food retailer just casually began selling pumpkin spice whipped cream this August, and, um, kindly pardon me while I wipe up the puddle of drool that just formed on my lap from the mere thought of this sweet concoction.

Related:
Welp, Pumpkin Spice Frosted Flakes Are Real, and I'm Beside Myself

This limited-edition whipped cream — or whipped topping, as it's technically called — hails from Whole Foods's in-house brand, 365 Everyday Value. It was first spotted by Instagram user markie_devo, who shared a picture of the pumpkin spice flavor alongside cans of a seemingly new and equally as tempting maple vanilla flavor. According to the packaging, the seven-ounce bottles from the heavens are "made with real cream" and "naturally flavored," though no specific nutritional information was mentioned or pictured.

See below for live footage of me in the checkout aisle of Whole Foods as soon as I get my hands on one of these cans:

Food Reviews
I Tried Starbucks's Secret Berry Caramel Frap, and It's Now My "Treat Yourself" Drink For the Summer
by Simrin Purhar 2 days ago

Food News
TikTok's New Favorite Recipe Is Honeycomb Pasta, and We're Not NOT on Board
by Victoria Messina 3 days ago

Trader Joe's
Trader Joe's New Honey Pearl Grapes "Taste Like Lychee," So Get Them Before They're Gone
by Lauren Harano 3 days ago 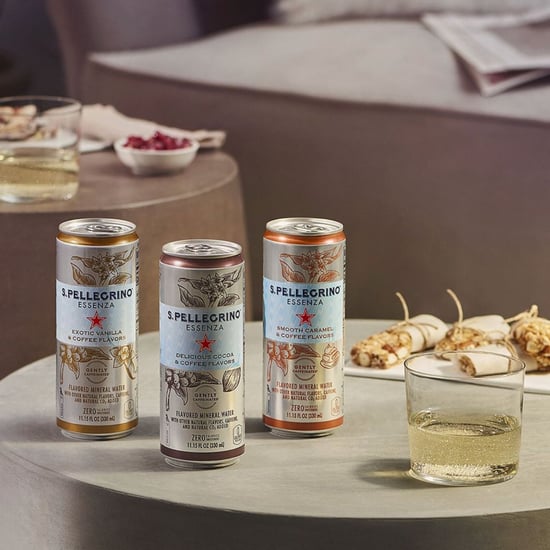