There's huge news in the Full House fandom this month: first, creator Jeff Franklin bought the house, and the show's spin-off, Fuller House, comes back on Dec. 9. That makes now a particularly appropriate time to put to rest the biggest misconception of the Full House house: its location.

Every fan knows that the Tanner family lives in San Francisco, but the problem is where in San Francisco it is. Due in part to the show's opening credits, it looks like the home — 1709 Broderick Street — is situated in Alamo Square, the park that's bordered by the gorgeous Painted Ladies, the name of the row of the city's brightly painted Victorians.

It's not. It is, in fact, in the neighborhood of Lower Pacific Heights, over a mile away from the park, which is significant considering San Francisco is famously only seven miles by seven miles. 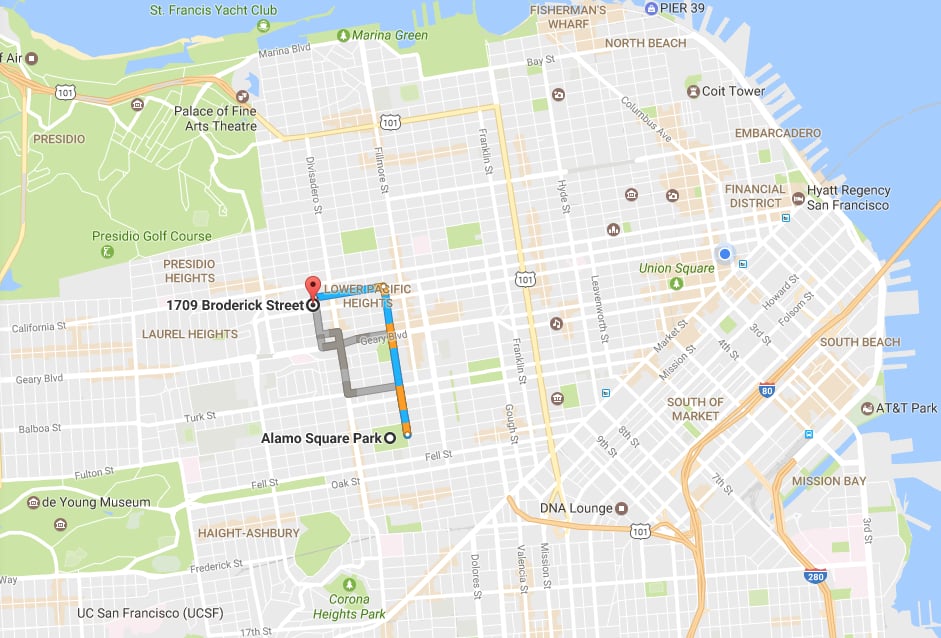 The thing about that is that not only do tourists make the common mistake, but the stars do too. When I interviewed Bob Saget and Dave Coulier at the house for Fuller House's season two bow, Saget made the error — only to be corrected by me and Coulier both:

Dave Coulier: No, those are in the park!

POPSUGAR: Those are in Alamo Square.

And now Bob Saget, and you, know the truth.

Jane Fonda
Jane Fonda Reflects on Her Past Eating Disorder: "It's a Very Lonely Thing"
by Chandler Plante 31 minutes ago