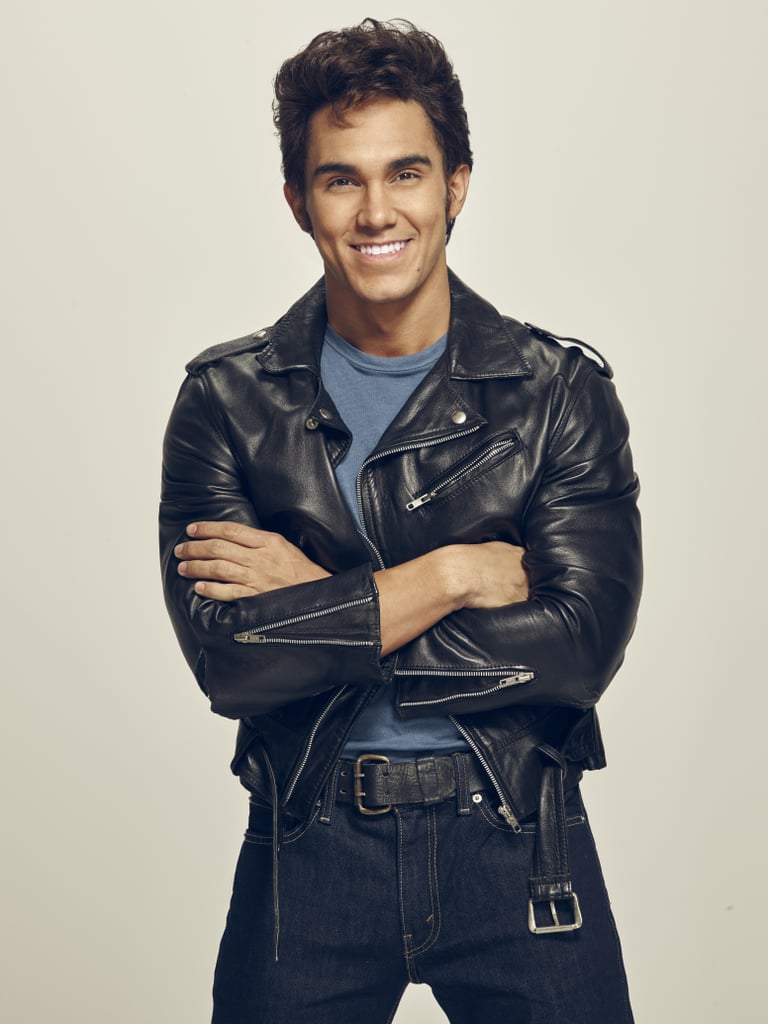 Exclusive! This Is What Rehearsals For Grease: Live! Look Like For Carlos PenaVega

Kenickie is ready for that "Greased Lightnin'." Carlos PenaVega is making sure of that. The actor (whose parents have Spanish, Venezuelan, and Dominican roots) has been hard at work — straight from a stint competing against wife Alexa Vega (of Spy Kids) on Dancing With the Stars — and getting ready to step into the role made famous by Jeff Conaway on the set of Grease: Live!

But the star is taking a few minutes from his busy schedule as one of Rydell High School's resident bad boys to give us a peek at what a typical day of rehearsals for the live show looks like. From an early wake-up call to spending time with the T-Birds and Pink Ladies, including Vanessa Hudgens and Julianne Hough, keep scrolling to see Carlos's exclusive photo diary, and then check out the entire cast of the show — and tune into Fox on Jan. 31 at 7 p.m. EST to see them perform.

Previous Next Start Slideshow
CelebritiesGreaseTVGrease LiveCarlos PenaVega
Around The Web

TV
The Umbrella Academy: What to Know About the Real-Life Jack Ruby
by Larry Stansbury 1 hour ago

TV
No, Raised by Wolves Isn't Connected to Alien — but They Have Something Key in Common
by Amanda Prahl 4 hours ago

Lizzo
If Lizzo Needs Inspo For Her Amazon TV Deal, I Have a Few Ideas That Are Good as Hell
by Monica Sisavat 5 hours ago

Celebrity Couples
Who's Single and Who's Taken on Selling Sunset? Here's Where the Stars Stand
by Corinne Sullivan 5 hours ago