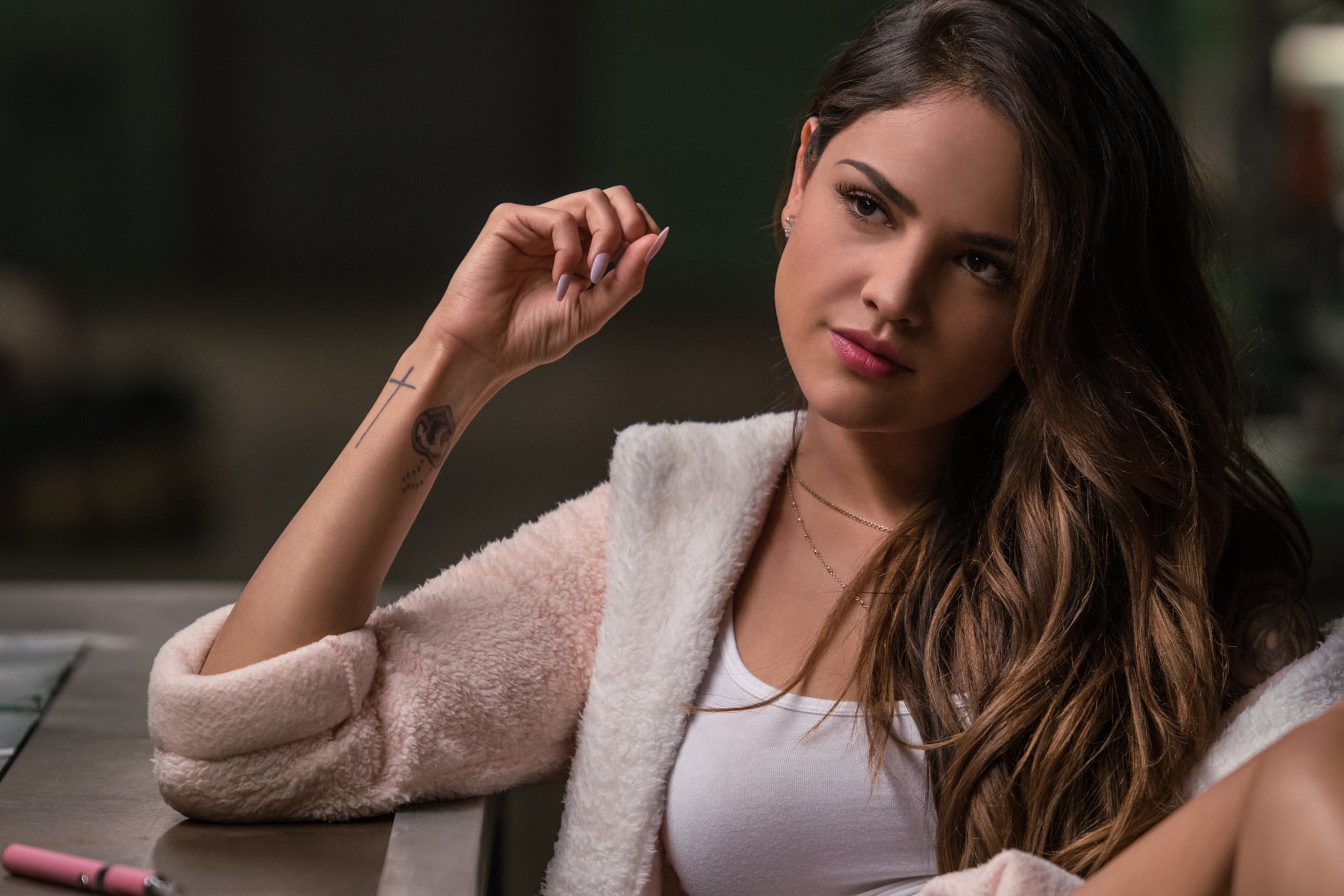 Eiza González is taking Hollywood by storm. The 27-year-old is starring in the Edgar Wright directed film Baby Driver, out now, alongside Ansel Elgort, Kevin Spacey, Lily James, Jon Hamm, Jon Bernthal, and Jamie Foxx. The movie tells the story of a young getaway driver who meets the girl of his dreams and wants to leave his criminal life behind. Eiza plays Darling, a badass robber of an Atlanta heist crew that is head over heels for her partner Buddy, played by Jon Hamm. We spoke to the actress all about her role in the film and what she learned from working alongside the rest of the cast.

POPSUGAR: Talk to us about your role in the movie.

Eiza González: Darling is so much more than meets the eye at the beginning. She has a really fun personality and is obviously a badass. She's also really outgoing and protective when she has to be. So she was really fun to play.

PS: How did you prepare for the role?

EG: It was definitely a collaboration between Edgar and me. Obviously, at one point, with John as well because we're a dynamic duo like Bonnie and Clyde. We really wanted to define them with very strong personalities but also very unique and make them different from what we've seen before. I really wanted to focus on making her very vibrant. Every time she was on camera, I'm sort of saying something even if I'm not speaking, whether it's just with my eyes or with my body language.

PS: What really attracted you to this role?

EG: I think that she has an inner steel that is very formidable. She's a very protective woman, and whenever she sees her love being threatened, she becomes a lioness. I really enjoyed the dynamic between her and Buddy and how they were very protective of each other. I love that she's a hopeless romantic, I could really connect to that part. It's this ride-or-die feeling her and Buddy have for each other, but it's also dark and very codependent. Nevertheless, there is a lot of love in their relationship.

PS: Would you say that you would relate to her instinct to protect the people you love?

EG: Absolutely! I think every woman has that animal instinct inside of her, to protect her family, or whomever she loves. I think that was what really connected with me about the character. She is very strong and determined, and she can stand her ground, but she will also always jump for those she loves. I thought that was very fearless of her and made her so special and raw and inspiring.

Related:
3 Questions About Baby Driver, Answered by the Star and Director Themselves

PS: What was it like for you to work with such big names like Kevin Spacey, Jon Hamm, Jamie Foxx and the rest of the cast?

EG: It was amazing! I was just really excited to learn from them and sort of see how they work and the method they use and how they felt when they were on set. They were so willing to share their knowledge and make it a dynamic experience. I was very excited to be able to share the big screen with such amazing actors that have inspired me as an actress as I was growing up.

PS: What would you say was one thing you learned from them?

EG: I think what I learned was that we're all humans, and we all have flaws. Whenever we see people on screen, we think we know them, but what I found most inspiring is even though they are so talented and humble, they're still learning as well. They're not at the end of their careers and think they know everything. Even though they are well-renowned actors, they're still learning, and that's the beauty of this industry. You never stop learning. You're always in a state of growth. That was very fun to watch because it made me relate to them more.

PS: What do you want your fans to get out of watching you in this film?

EG: I hope they enjoy it because it's such a fun movie. We loved making it. We're all so inspired by Edgar. I think this is an authentic, different, and original movie. I think people are going to be happy and have fun, and that's what we wanted. I think they'll get well-rounded characters with fun personalities, unique and iconic styles, but also great music and great fun. It's just a thrilling movie, and I hope they enjoy it as much as we enjoyed doing it.

PS: What other projects are you working on right now?

EG: I recently wrapped Alita: Battle Angel with James Cameron and Robert Rodriguez, and right now I am heading to shoot a movie with Robert Zemeckis, and then I'm shooting a movie called Highway, which is a smaller indie with Lucy Fry. So, that's going to be really fun.