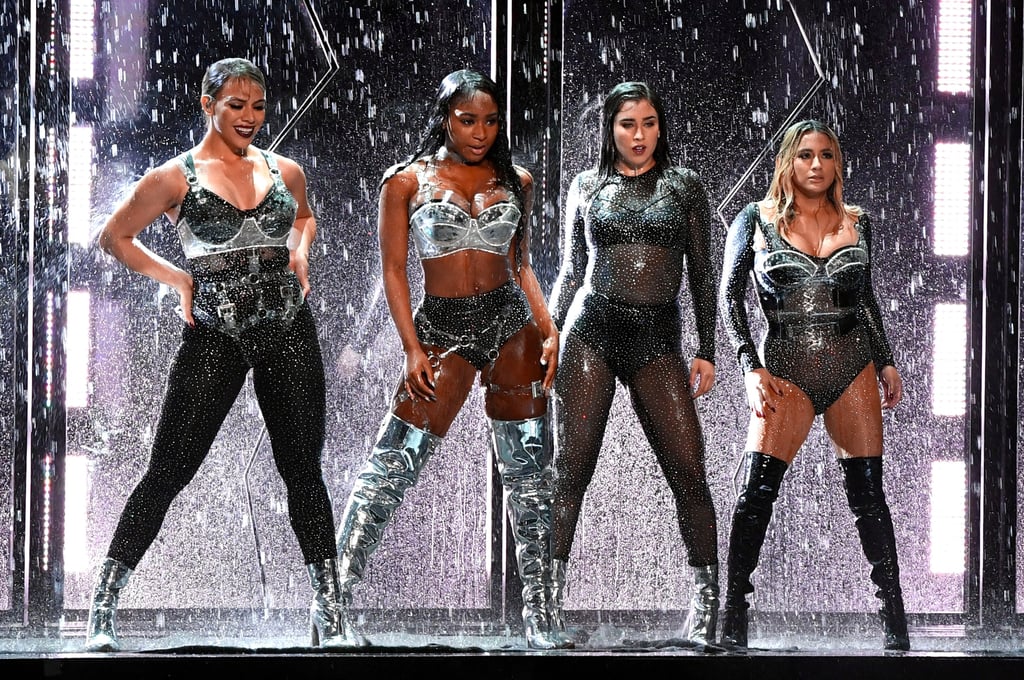 During their debut MTV Video Music Awards performance, Fifth Harmony threw some not-so-subtle shade at their former member, Camila Cabello. At the start of the performance, the four women stood with a mysterious fifth member, who — as the music began — was quickly snatched back and kicked off the stage.

Following the moment, Twitter erupted with polarizing responses. While their fans loved the bold move, fans of both Fifth Harmony and Camila felt conflicted. Fifth Harmony have repeatedly insisted that they do not want to dwell on Camila's departure, so this decision was definitely surprising. That being said, they likely wanted to up the ante for their performance. Read a sampling of the internet's most crazed reactions ahead.

Harry Styles
This TikToker Designed Tattoos Inspired by Harry Styles Songs, and I Want Every Single One
by Danielle Jackson 6 days ago