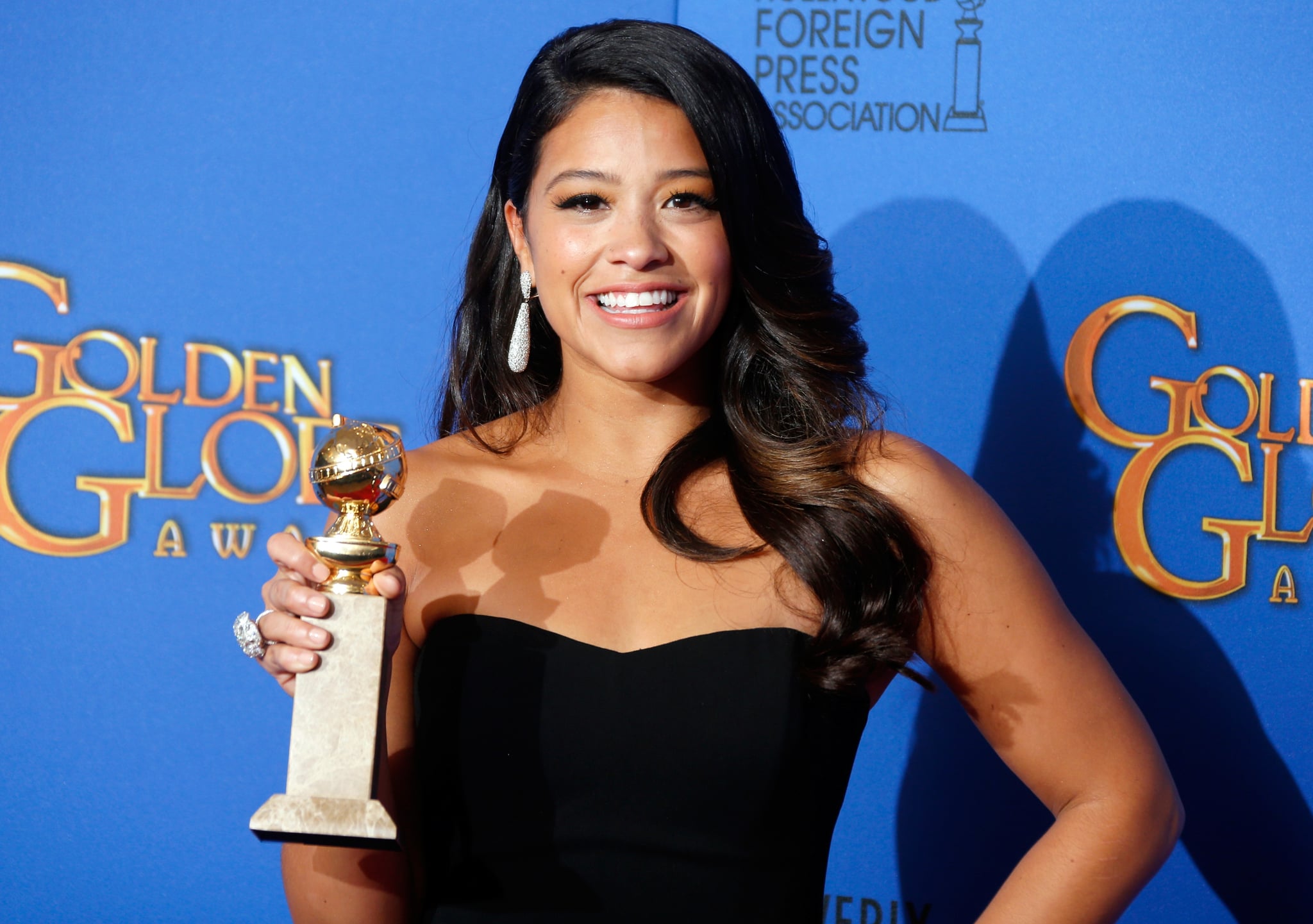 For the third year in a row, Gina Rodriguez has been nominated for a Golden Globe in the best actress, TV musical or comedy category for her role in Jane the Virgin. The star, who won in 2015 and was on vacation in Thailand when the nominations were announced, celebrated her nod via Twitter, saying though she's across the world she's hugging every member of the Hollywood Press Association for the honor.

Thank you @HFPA I maybe across the world but in my heart im hugging each one of you. And thank you @JennieUrman for making me your Jane. 😘

Gina, however, was not the only Latinx nominated for a Golden Globe. Mexican actor Gael García Bernal, who won big at the 2016 ceremony, will be competing in the best actor, TV musical or comedy category for his leading role in Amazon's Mozart in the Jungle, which is also nominated for best TV series, musical or comedy. Another one of Gael's projects, the Chilean film Neruda, directed by Pablo Larraín, is also up for an award in the best foreign language film category.