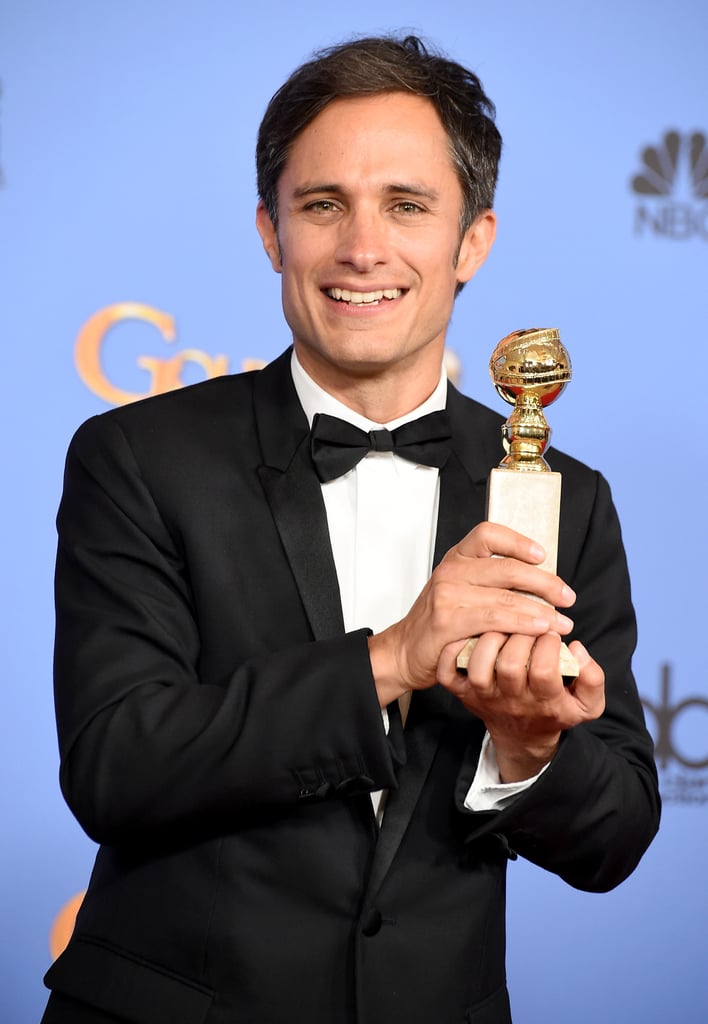 You might have known and loved Gael García Bernal for years, but just like a lot of people didn't know who Gina Rodriguez was until that fateful Golden Globes night in 2015, this year everyone was exposed to the greatness of his acting skills.

The Mexican actor took the 73rd Golden Globe Awards at The Beverly Hilton in Beverly Hills by storm, winning the award for best actor in a TV comedy or musical for his role in Amazon Prime's Mozart in the Jungle, which also took the prize for best television series, musical or comedy. The star flashed his grin and got emotional as he thanked "the music" he hears every morning, his children Libertad and Lázaro. Keep scrolling to see the best photos from Gael's night, then check out his greatest moments with long-time friend Diego Luna — who took to Twitter to celebrate Gael's win.