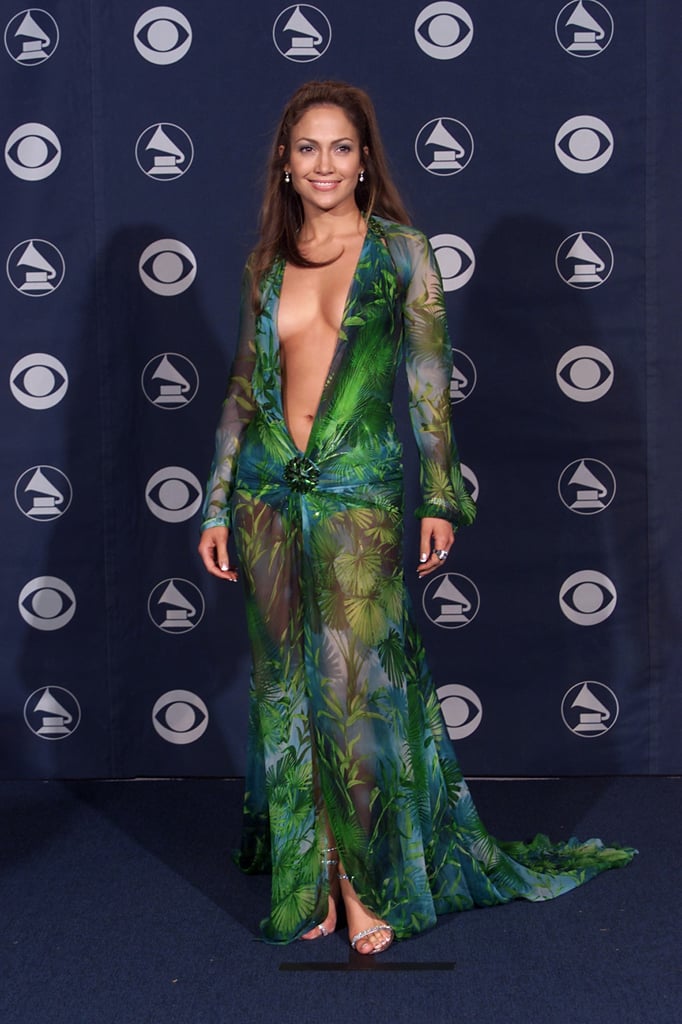 The night of Feb. 23, 2000, didn't mark Jennifer Lopez's first Grammy Awards appearance, but if you ask anyone on this planet to mention their first memory of J Lo at the award show, they will most likely bring up the green Versace dress she was wearing that night. It's hard to get that low-cut, palm-printed dress out of your mind if you've ever seen it (and we all have). It not only marked the birth of the naked dress, but it also solidified Jennifer's position as a true fashion star, unafraid to take risks.

If you're still as obsessed with Jennifer's gown as the fashion world is, you'll be surprised to learn that she wasn't the first one to wear it. Find out who walked the red carpet in the dress before J Lo and eight other interesting facts about the dress.

Keep reading to see every angle of Jennifer's iconic dress. 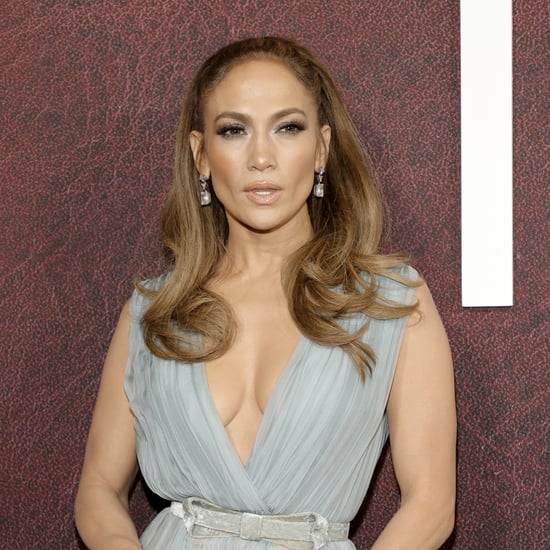