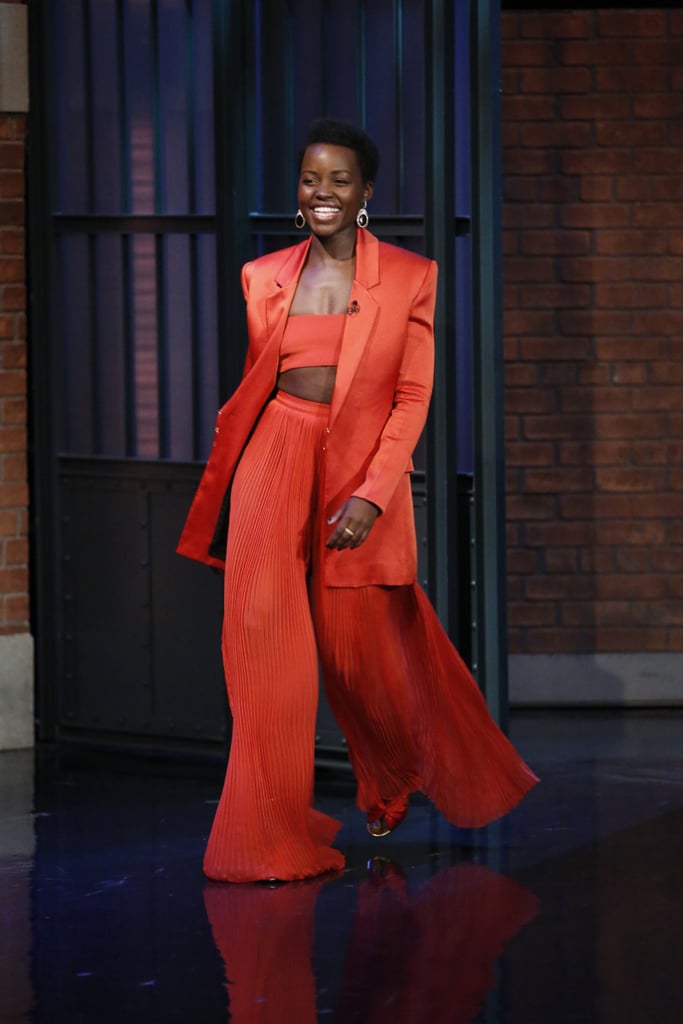 Mexican-born actress Lupita Nyong'o stopped by Late Night With Seth Meyers on March 14 to promote her Broadway play, Eclipsed, and while we were shocked by her revelation that she was stood up for prom, what left us in total awe was her incredible Balmain crop top and palazzo pants combo.

In the scarlet set from the brand's Spring/Summer 2015 collection, paired with matching shoes and an oversize jacket, Lupita showed off her sparkly personality (and fit abs) as she recounted how what might have scared her date was the color palette she had chosen for her prom dress: yellow and red. Well, joke is on the boy who left Lupita hanging that night, because the actress has left a mark in the fashion world with a series of colorful looks on the red carpet. Scroll ahead for more photos of the star at the late-night show, including a few behind-the-scenes shots.