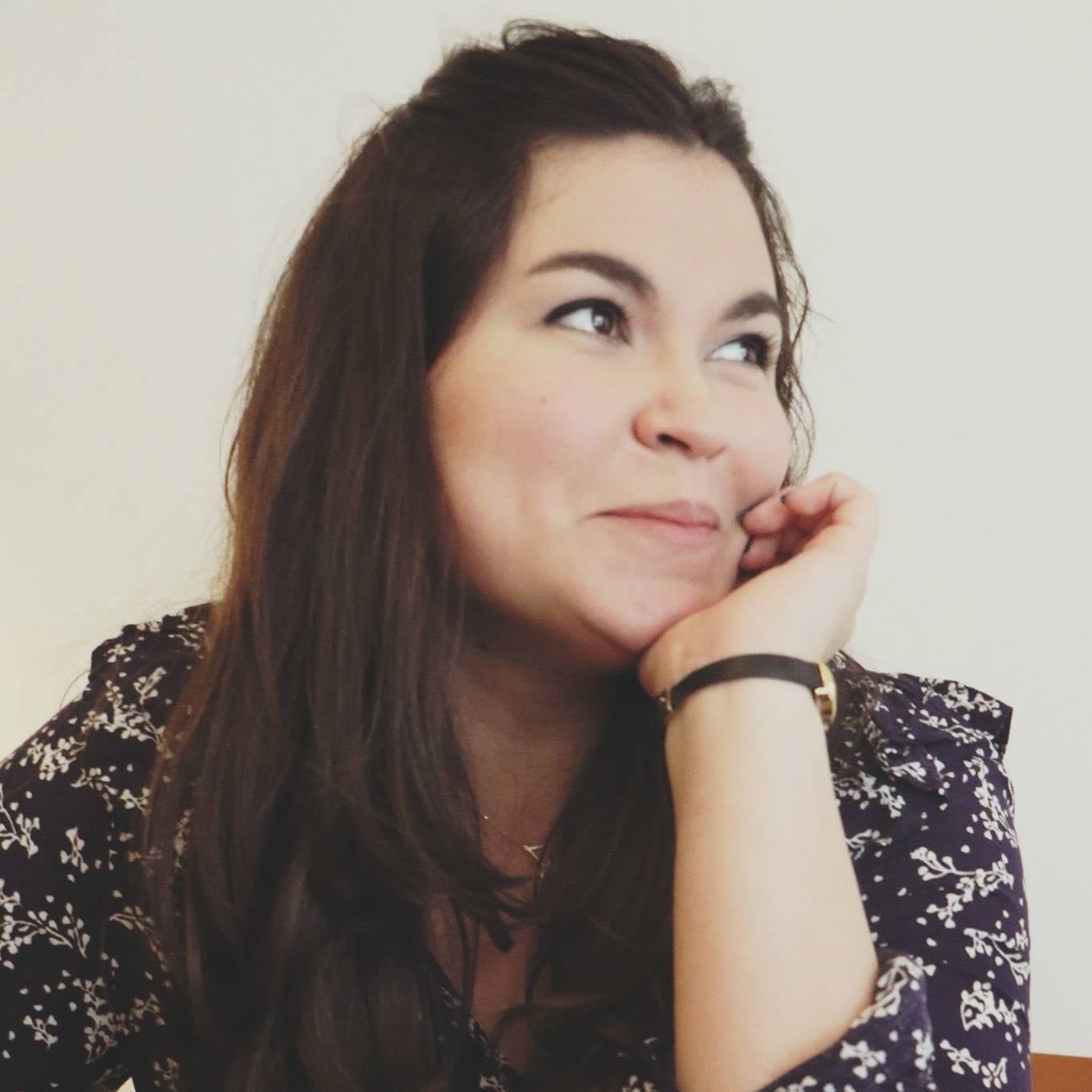 "¡Qué Dios te bendiga! [The prayer hands emoji.] Bendiciones, mija." This is how my family blesses one another. With thousands of miles between us, a family scattered across continents can still find solace through a bendición.

I grew up in Queens, NY, the daughter of Colombian parents who had immigrated to the US seeking adventure. Back in Colombia, they were raised in the Catholic faith and were taught that no matter what happens, praying helps. In practice, that means my parents end conversations with blessings and pray 10 times as much in times of hardship. As immigrants in the US, they had to start from zero — learn a new language, blend into a new culture, and start new lives. So, naturally, Jesús and the Virgin Mary were there every step of the way.

We didn't exactly go to mass every Sunday. Instead, we practiced our religion through prayers said under one's breath in a traffic jam or when money was scarce.

My brother and I were raised Catholic. I was baptized, prayed every night before going to sleep, and attended a Catholic elementary school where the principal was a nun. Though my mother made sure we crossed off all the big events of Catholic tradition, from communion to confirmation, we didn't exactly go to mass every Sunday. Instead, we practiced our religion through prayers said under one's breath in a traffic jam or when money was scarce. 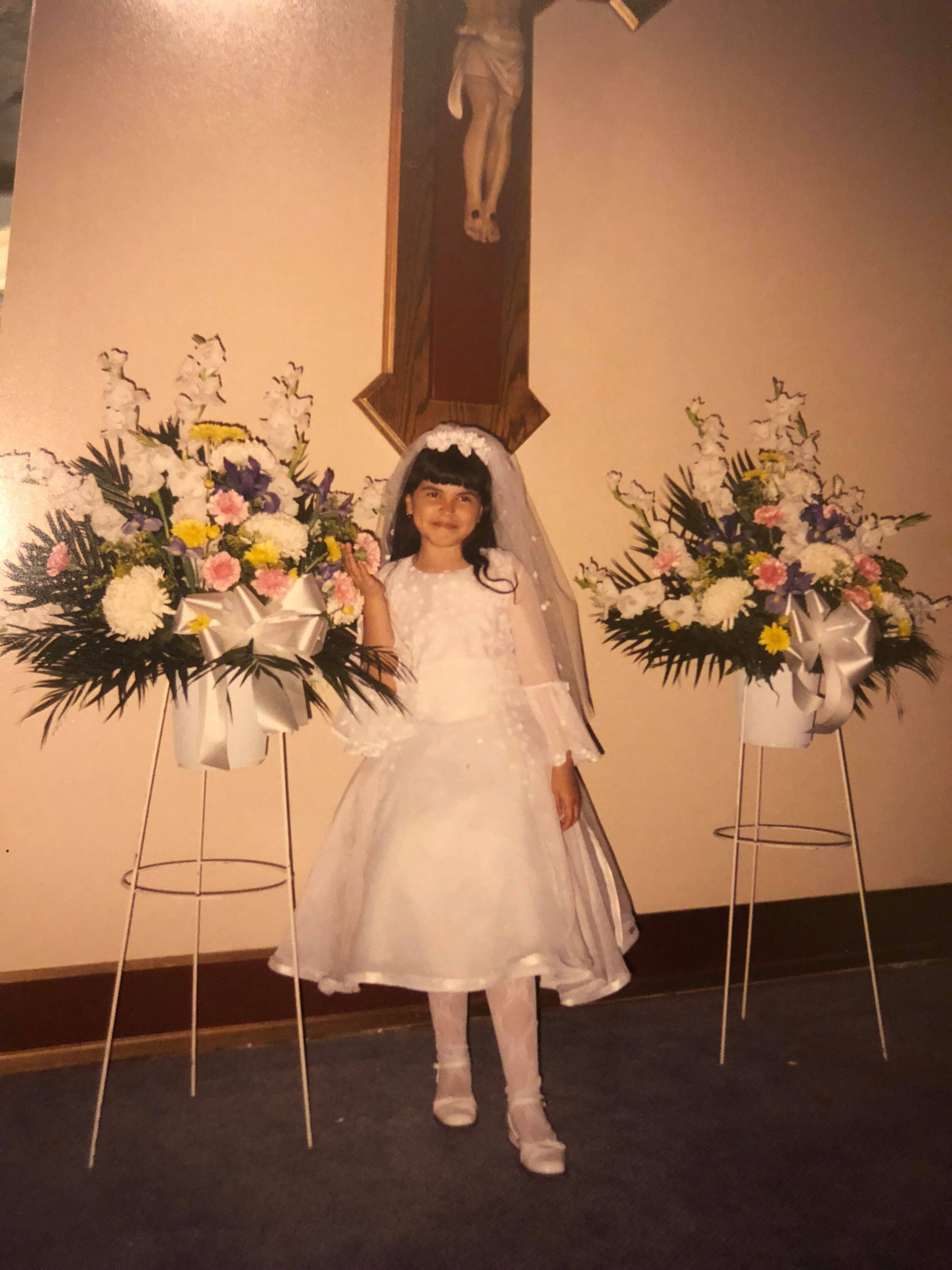 My experience with faith, in that sense, was very much an individual one. Once we left the church community associated with my schooling, it was up to us to keep the traditions going. My parents continued to pray in their own way, and so did my brother. As for me, once it was no longer mandatory, I stopped. It didn't feel genuine to pray if I didn't feel connected to the act.

Related:
What It's Like to Be Both Mexican and Jewish

I continued to hear the blessings from my mother and our family in Colombia over the phone and via emoji and religious e-cards sent via text. For years, regardless of whether or not I did it myself, I took those bendiciones, those prayers, as a given, as every day as remembering your keys in the morning. It had inadvertently become part of my routine, whether I liked it or not: Keys. Phone. Wallet. Sign of the cross.

When I felt like an outsider, a phone call from my mother, saying, "Que Dios me la bendiga, may God bless you," got me through the day.

When I graduated high school, I studied abroad, and as an adult, I eventually settled in a country far from home. I was alone, trying to get used to a new place where the language wasn't my own. In times of hardship, my faith returned. Just like when my parents first moved to the US, I turned to religion to keep me going. I started expecting those blessings, even if they were just via text. I needed them. When I felt like an outsider, a phone call from my mother, saying, "Que Dios me la bendiga, may God bless you," got me through the day.

I even began to find solace in going to church. In my travels, I have wandered into houses of worship where the prayers were said in Latin, French, Italian, and German. Even when I didn't grasp the words being said by the priest, they felt familiar. Today, entering a church reminds me of bendiciones and Christmases spent praying La Novena, of my mother praying to Santa Barbara during a thunderstorm, and of my brother and I praying for my grandfather's health when he fell ill.

It took me years, but I finally understood why they did it, why my mother and her friends stuck to their faith in their adopted country, why the prayer emoji means so much to them, and why posting a picture of the Virgin Mary with glittering words saying "God Bless You" on Facebook is their TGIF post.

These are signs of love embedded in tradition, and though they might have evolved over time, they still carry a little piece of kindness for the soul that feels like home, no matter where you are in the world.

Healthy Living
I Traded My Menstrual Cup For Period Undies This Month and Discovered This Gym Bonus!
by Jenny Sugar 21 hours ago

Personal Essay
I May Never Have Kids, and I'm Actually Not OK With That
by Kit Stone 22 hours ago

Birthday Parties
Why I Chose to Celebrate a Double Quinceañera and Embrace My 30s
by Maria G. Valdez 23 hours ago

by Angela Law 47 minutes ago