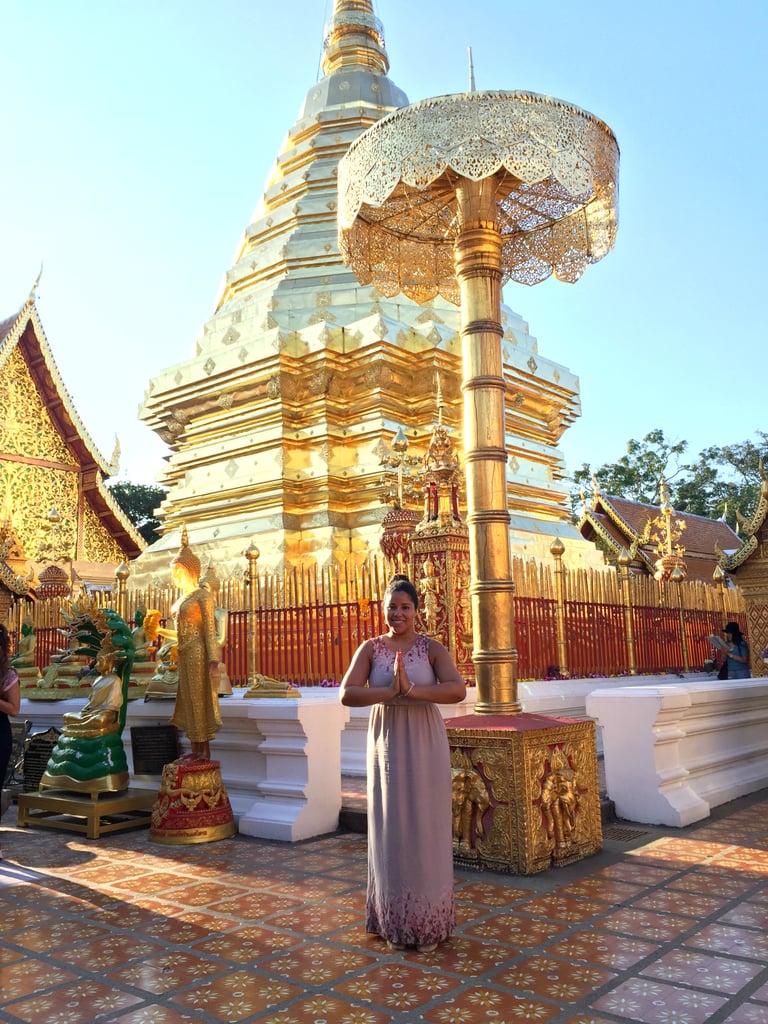 When I saw my Puerto Rican grandmother after returning from a trip to Thailand last Fall, I showed her the bracelet a monk had blessed and tied around my wrist. She wrinkled her nose and shook her head. The apple doesn't fall far from the tree: After telling my mom about spending time in Buddhist temples during the trip, she seemed perplexed. I quickly gave up talking to them about that aspect of my getaway, realizing that in their minds, as a Catholic, participating in anything remotely connected to another religion is essentially blasphemy.

This was a familiar narrative throughout my life. Despite the fact that we mainly just went to church on holidays, it was always ingrained in me — like it is in many Latino children — that I had been baptized Catholic and would always be Catholic. It never even occurred to me until after college that I had a choice in my own beliefs, that just because my mother practices something doesn't mean I have to. 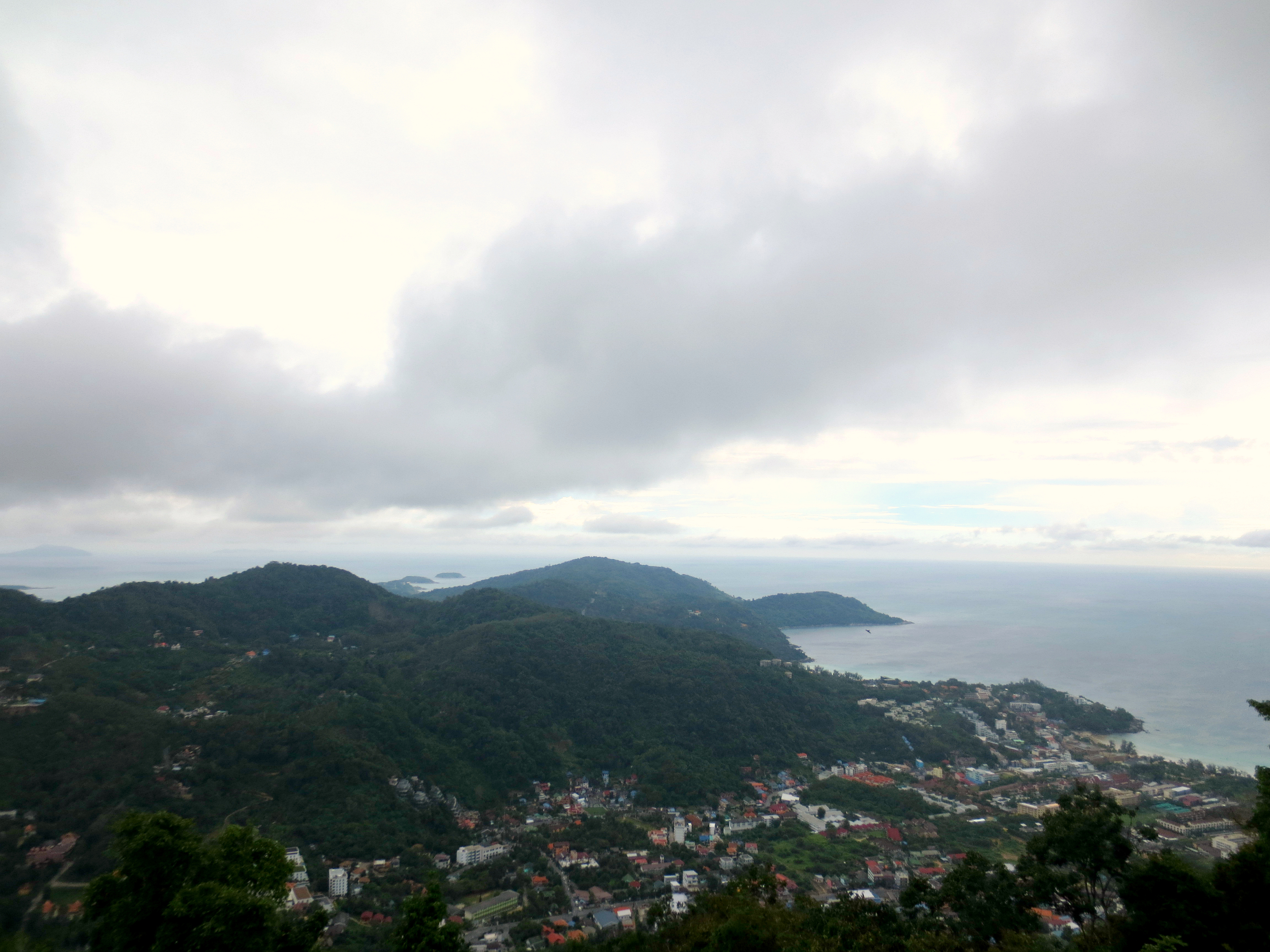 The majority of Thai people are Buddhist, a creed I wasn't very familiar with before visiting. Throughout the trip, I paid close attention to their religious practices: amulets on a cab driver's dashboard, covered shoulders while entering a temple, bows of reverence in front of Buddha images. It was worlds away from the rosaries and crucifixes of my upbringing. I found myself curious, wanting to learn more about this belief system. But I also felt guilty, imagining God or (almost as bad!) my grandmother could hear my thoughts. Knowing that more than half of Latinos in the US are Catholic, I wondered: Would considering another faith make me less Latina? How do you know what you believe, vs. what you've been told to believe?

Inside the 150-foot tall Big Buddha temple in Phuket, I saw people approaching a monk on their knees. Instinct led me to follow suit. As I kneeled before him, he smiled, whispering something as he tied a bracelet around my wrist. I walked away in a daze, climbing the stairs to check out the temple's 360-degree views of the island. The panorama left me breathless; I pulled my shawl tighter around my shoulders to cover the goose bumps forming on my arms. And then, I heard the lightest whisper, so quiet I was sure I'd imagined it: "Peace." I looked around, but I saw what I already knew. My friends were on the other side of the shrine, and I was alone. I closed my eyes and held the gold cross around my neck — the one my grandmother gave me when I was a baby — and thanked God for that moment. 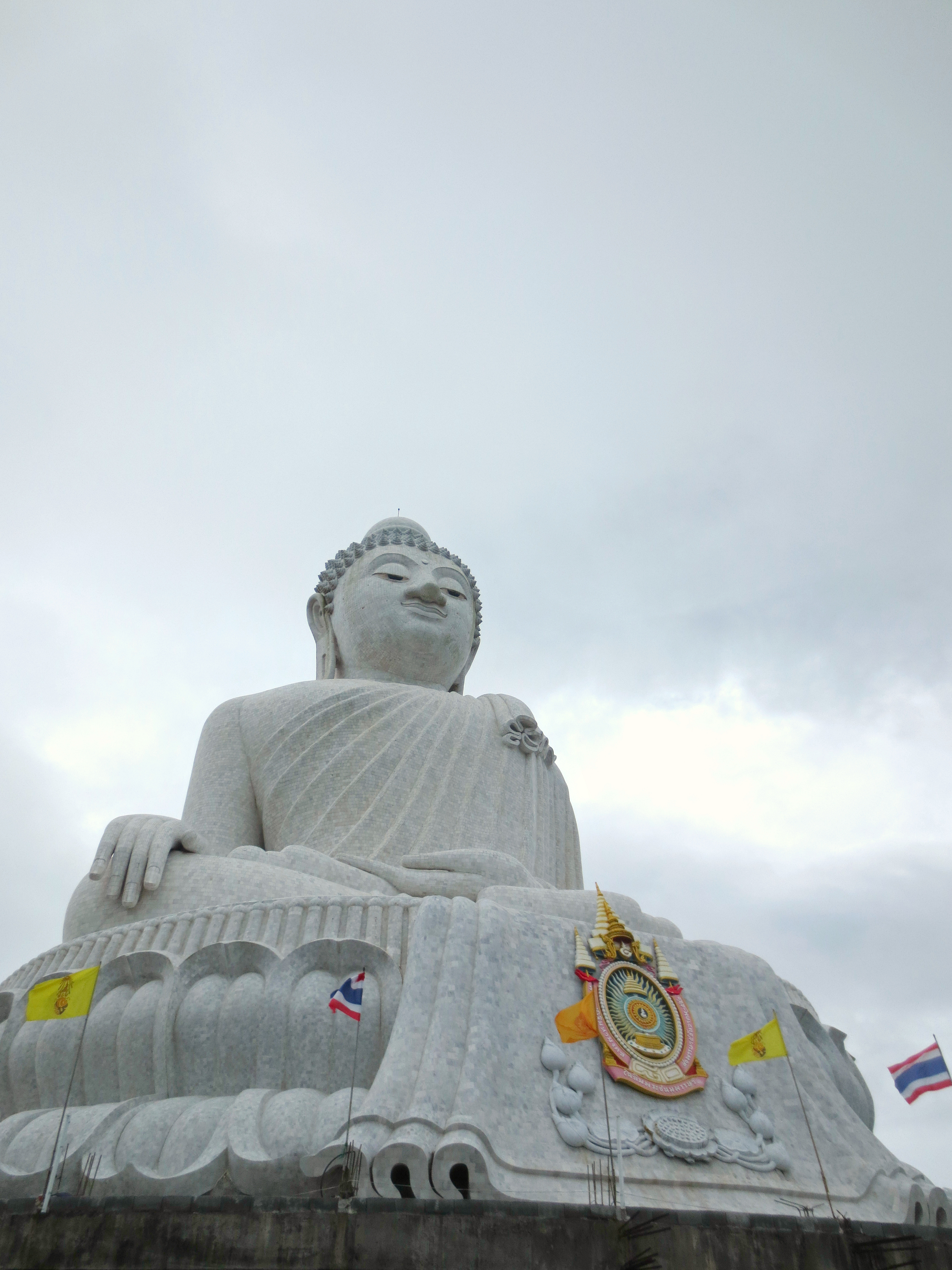 Since, the word peace keeps nudging its way into my brain, whether I'm in mass or running 20 minutes late to work because of subway delays. For now, I still consider myself Catholic, and I 110 percent believe in God. But exploring a completely different culture taught me that my beliefs don't have to be so black and white. I can be a practicing Catholic who receives Communion, meditates, and accepts messages of peace from monks. That doesn't make me any less Catholic or Latina. It just makes me, me.

Makeup
Nobody's Waking Up at 5 a.m. Before School to Do Their Makeup Like You See on "Euphoria"
by Melissa Willets 3 hours ago