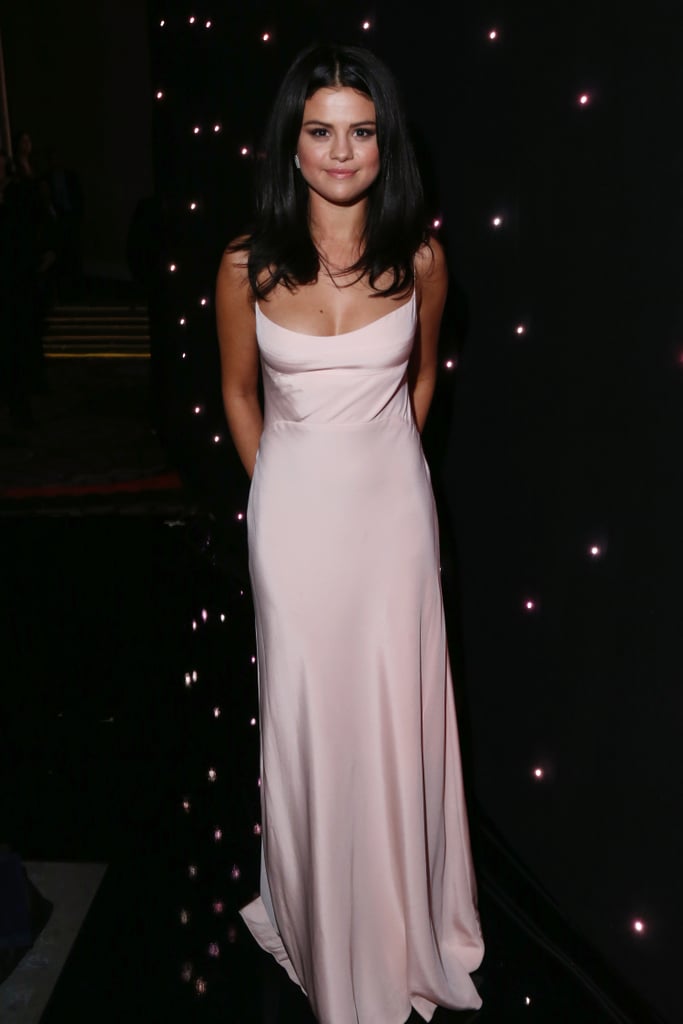 Selena Gomez attended the Hollywood Film Awards in Beverly Hills on Nov. 1 to present Amy Schumer with the Hollywood comedy award. The singer, actress, and now Netflix producer, who hasn't been out much since her makeup artist's untimely death, stunned in a simple yet glamorous blush Narciso Rodriguez dress.

Pink hasn't really been a mainstay in Selena's revival style, full of vibrant red and clean white outfits, but judging from the angelic look she has in these photos, it should be! Paired with sparkly diamonds from Dauphin, loose straight hair, and soft makeup, the slip dress was so elegant. Keep scrolling to see more pictures of Selena, then watch her reveal what's "very fake" about her.