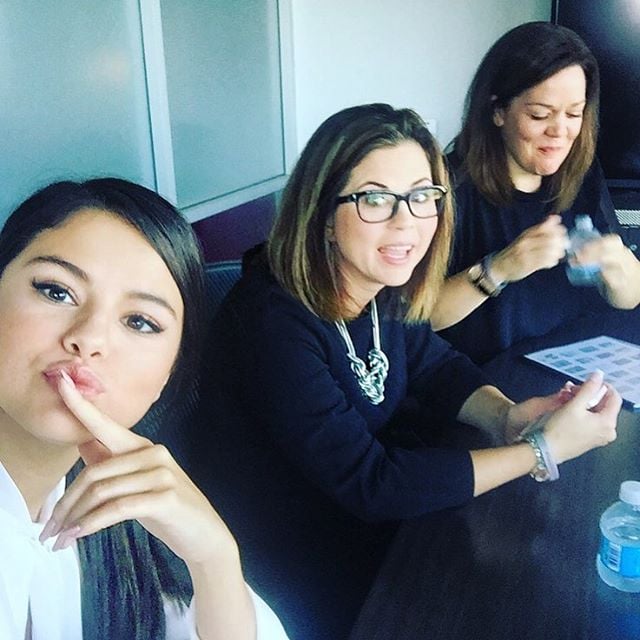 Selena Gomez is coming to Netflix as the producer of a miniseries called 13 Reasons Why. The show is based off the young adult novel written by Jay Asher, and although the official release date hasn't been announced, judging by the plot line (a girl's death is solved by tapes left behind for her friends), you're going to want to binge-watch this one.

Selena commemorated the announcement of her return to a series by posting an Instagram photo of the exact meeting that led to the pickup of the show by Netflix. Her mom (and former manager), Mandy, is by her side, as Selena makes a funny face. The caption reads: "That was the day we sold our show to @netflix I'll just be freaking out over here. Congratulations to the whole team! #13ReasonsWhy." We're freaking out, too, Selena! Check out the sweet photo above, then watch Selena's best performances of 2015.