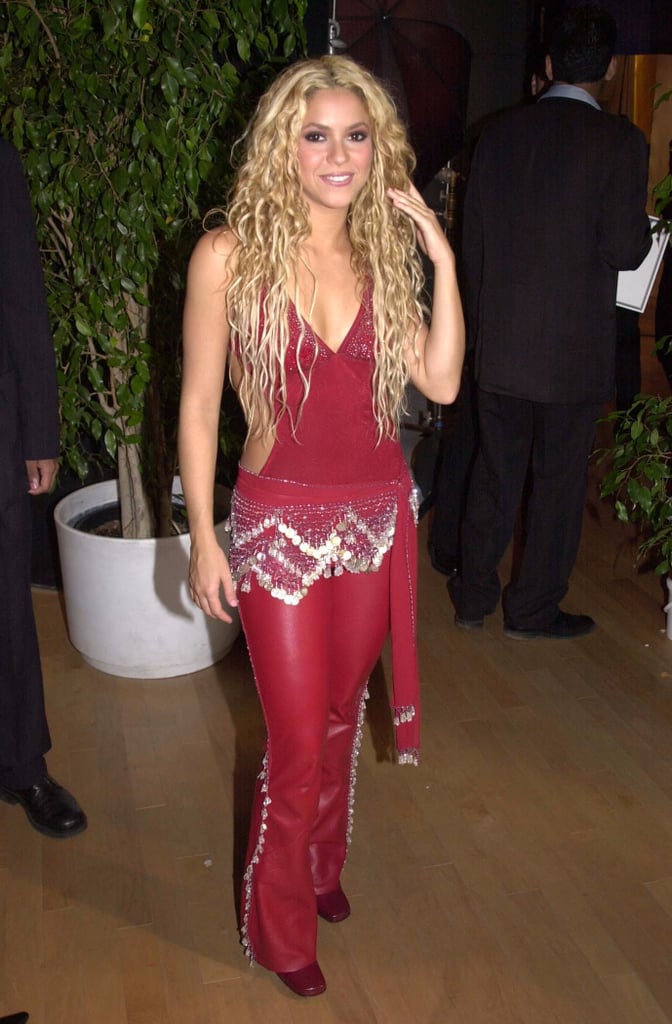 Shakira's hair color might have flipped and flopped, but through our deep dive through photos of her taken in the past 17 years, we've found some consistencies. First, there's her sweet smile. Shakira isn't afraid to flash her dimples, always waving and posing for the cameras at red carpets, concerts, and even while out and about. Then, there's her wild and curly long hair (with a brief intermission for a bob in 2012 that honestly we had totally forgotten about). And, of course — how could we not say this? — there's the Colombian singer's hard-rock abs, probably a result of hours on stage belly dancing and shaking her hips.

Whether you got to know Shakira during the Latin explosion of the late '90s or knew all the lyrics to her first album, Pies Descalzos, by memory, you will appreciate how much she looks like herself but has also somehow managed to evolve through the years, just like her music. Look ahead for more than 50 photos of Shakira, starting in 1999, the year she was nominated for her first Grammy and broke into American radio with her MTV Unplugged.

Paris Hilton
Paris Hilton Debunks the "Stop Being Poor" Tank Top — That's Not What It Actually Said!
by Nikita Charuza 4 hours ago

Instagram
"Coconut Girl" Is This Summer's Hottest Aesthetic, and It's Equally Nostalgic and Dreamy
by Lauren Harano 1 day ago

Nostalgia
The Original American Girl Dolls Are Finally For Sale Again, and I've Never Bought Anything Faster
by Kate Schweitzer 1 day ago