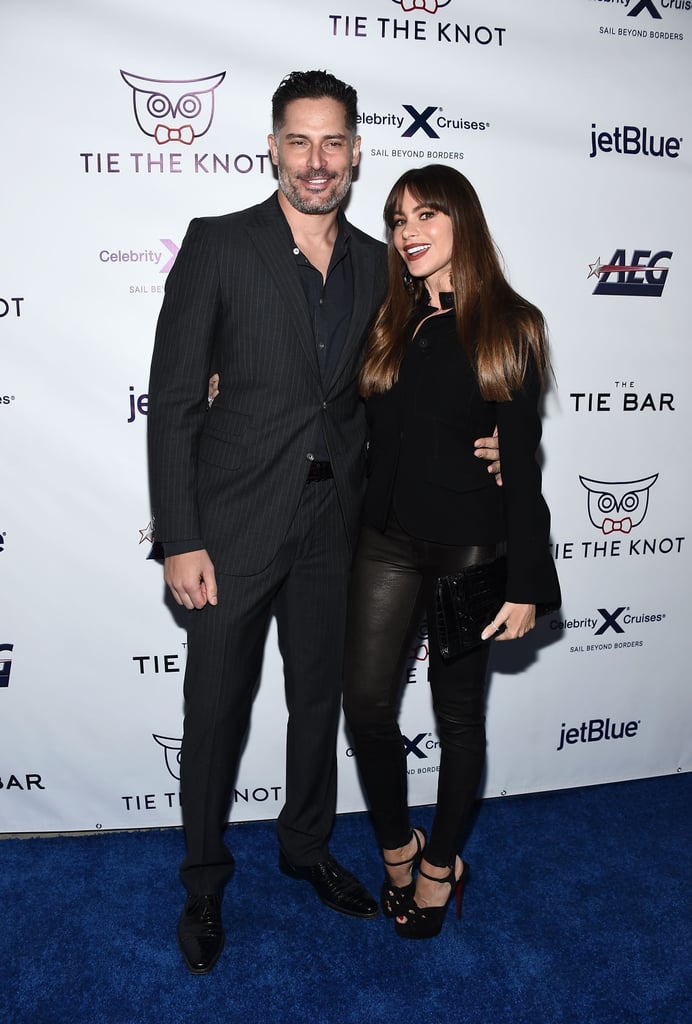 When Sofia Vergara and Joe Manganiello step out on the red carpet, you know the level of PDA is going to up by 10 notches, and their latest appearance was no exception. On Thursday, the couple celebrated Jesse Tyler Ferguson's Tie The Knot five-year-anniversary at NeueHouse Hollywood in California. This is the first time they've walked a red carpet together since the Oscars — Joe has been filming a movie in New York City while Sofia has been busy filming Modern Family and promoting her new underwear line, EBY — but seeing these two reunite in public makes it seem like no time has passed at all. They look just smitten as they were when they first confirmed they were dating in 2014.