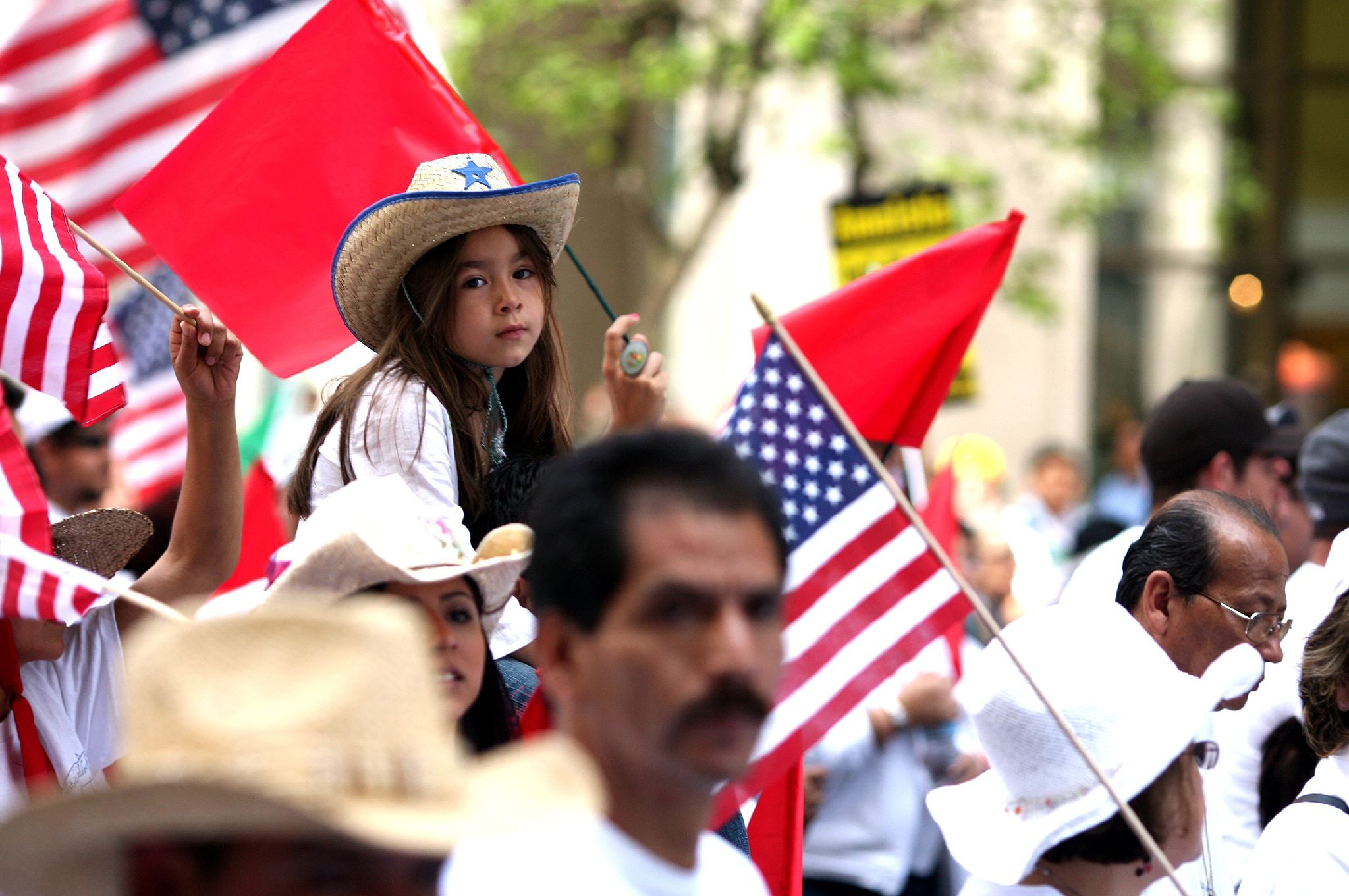 At the close of 2014, President Obama introduced the Central American Minors Program, a much-needed piece of legislation that would grant minors from Honduras, El Salvador, and Guatemala safe passage to the United States. Unfortunately, a New York Times story from Nov. 5, 2015, found that the States' crippling bureaucracy has made it so that not a single child has entered the country since the program started. This disappointing reality is emblematic of the larger experience for many Latin immigrants or citizens living in the United States in 2015. While it wasn't definitively the best or worst year for the Latin community as a whole — although certainly both of those things at certain points — it was more so a nuanced amalgamation of the two.

As a frequently homogenized cultural group, Latinos have faced immense discrimination and tragedy, but we also continued our steady march toward respect and collective enfranchisement.

As the Black Lives Matter activist movement was protesting law enforcement's horrific treatment of African Americans this year, the Latino community, too, was mourning the loss of their own at the hands of the police. There was Antonio Zambrano-Montes, a Mexican migrant worker living in Pasco, WA; Ruben Garcia Villalpando, a Mexican welder in Grapevine, TX; and Ernesto Canepa Diaz, a Mexican immigrant who worked two jobs in Santa Ana, CA. All three men were fatally shot by police officers in February — all three men were unarmed.

The details surrounding the deaths can be debated — Zambrano-Montes tested positive for methamphetamine postmortem, Garcia disobeyed an officer's commands during a traffic stop, and officers found a BB gun in Canepa's car — but justified, they are not. Though underreported, these tragedies invigorated a sentiment all too familiar for immigrants: we are not welcome. Unfortunately, groups like the League of United Latin American Citizens and the National Council of La Raza have yet to mobilize a concise message in the form of a hashtag — a proven method of inspiring activist movements in our time.

But we couldn't reflect on the year without also acknowledging Donald Trump. The Republican front runner asserted his staunchly anti-immigration stance earlier this Summer and has since penned an intolerant immigration plan to match. Central to Trump's blueprint is the construction of a permanent wall between Mexico and the United States — he wants Mexico to pay for it, too. And, he is also calling for an end to birthright citizenship legislation and additional penalties for immigrants who overstay their visas.

The presidential hopeful reached peak Trump, however, with the following controversial comment at the start of his campaign: "When Mexico sends its people, they're not sending their best. . . . They're sending people that have lots of problems, and they're bringing those problems with us. They're bringing drugs. They're bringing crime. They're rapists." That was the center of conversation for a big part of the year.

If I'm being honest, I don't think Donald Trump will be our next president, nor do I think his sentiments will have a long-lasting influence on the nation's immigration policies. And yet, the fact that he is a leading Republican candidate proves that enough voters are, at best, unmoved by his bigoted immigration platform or, at worst, in favor of it. As the daughter of Cuban immigrants, that possibility feels all too real.

It didn't end there. Trump's comments were followed by a well-intended but ultimately egregious response from Kelly Osbourne. In her stint as a guest cohost on The View, Osbourne said, "If you kick every Latino out of this country, then who is going to be cleaning your toilets, Donald Trump?" Stunned, former cohost Rosie Perez said, "There's more jobs than that in the country for Latinos, and Latinos are not the only people who clean toilets." Yes, Osbourne's comments were offensive, discriminatory, and wholly informed by existing stereotypes, but beyond that, they presented a sad paradox: Osbourne didn't realize she was being offensive because that is how she perceives Latin immigrants. She was speaking her truth.

Portrayals in film and television were expectedly (and welcomely) varied. Though critically acclaimed, shows like Narcos and True Detective were disappointing in their tired portrayals of Latin men as drug dealers and Latin women as tragic bystanders. And yet, there were shows like Jane the Virgin. Starring Puerto Rican actress Gina Rodriguez, the show is refreshing because it doesn't use the titular character's Venezuelan background as a central gimmick. Instead, it's a show about a woman with a remarkable story . . . who happens to be Venezuelan.

The interesting thing about this past year is that despite all the adversity, tragedy, deplorable remarks, and chronic stereotypes, the stateside Latin community did not dwindle in pride. For example, when Trump hosted an episode of Saturday Night Live in early November, several different Latino American activist groups appeared at NBC Universal Studios to protest. Mainstream stars from Salma Hayek to John Leguizamo to Zoe Saldana publicly denounced the presidential hopeful's stance. Best of all, Trump has only united the Latino electorate even more and has provided us with a perfect example of the type of leadership we don't want.

Supreme Court Justice Sonia Sotomayor said something in a speech at UC Berkeley School of Law in 2001 that has always stuck with me — although I happened upon the speech at a later time. When speaking about the importance of the Latino vote, she said, "I would hope that a wise Latina woman with the richness of her experiences would more often than not reach a better conclusion than a white male who hasn't lived that life." Her statement was immediately deemed controversial, insensitive even, but I think Sotomayor was just getting at something very present in the United States: difference is inevitable. We are, in so many words, a nation of immigrants. Hopefully in 2016 we can acknowledge that once and for all.

Personal EssayBest Of 2015
Around The Web

Kamala Harris
As a Mom, Having Another Mom in the White House Means So Much
by Jacqueline Hernandez Lewis 2 days ago