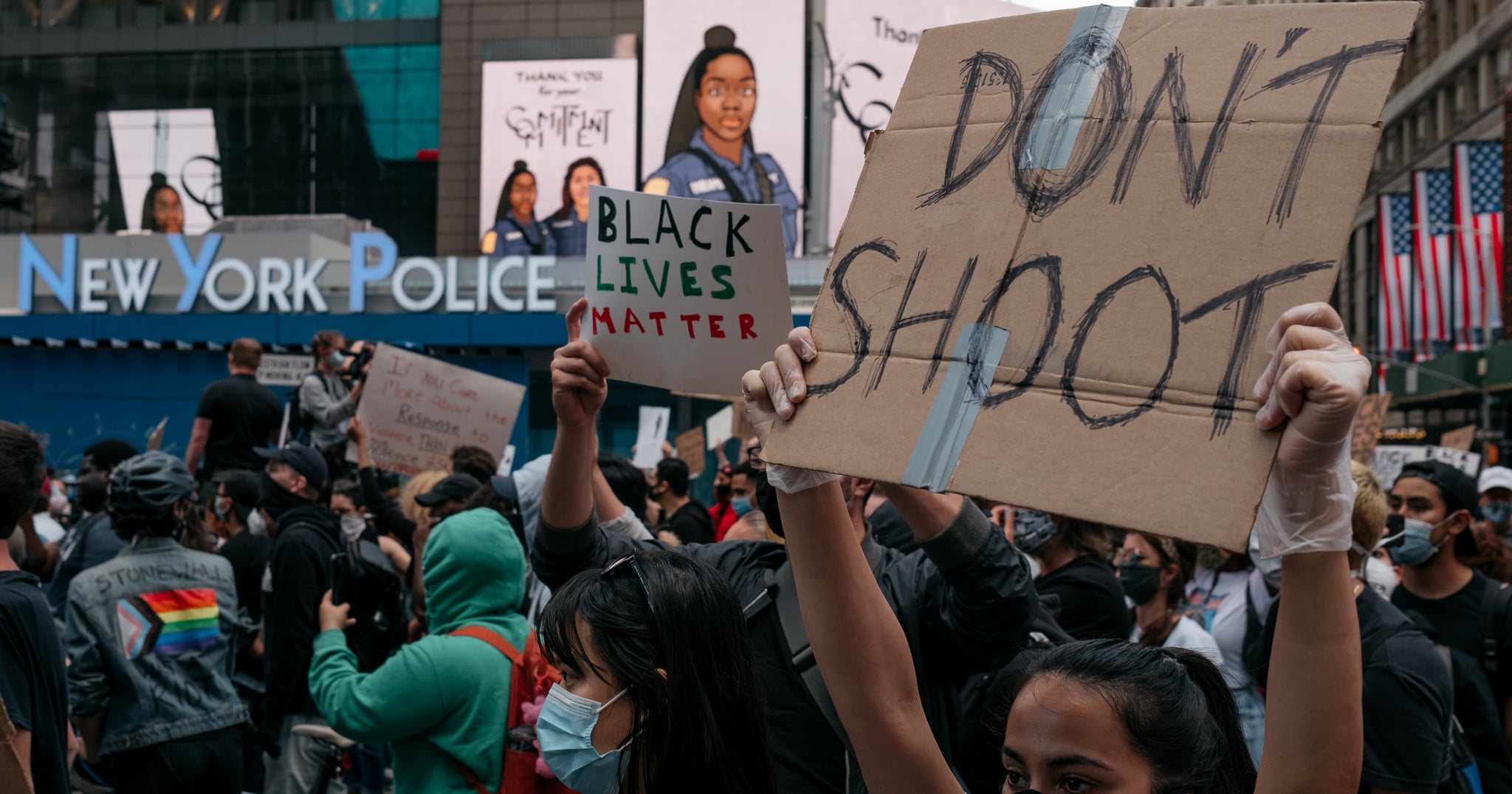 As protests continue in the wake of the killing of George Floyd, many DREAMERs and undocumented supporters of Black Lives Matter are weighing whether they can safely join demonstrations.

"The reality is, it's important for people to protest, but it's also important for people to share education on anti-blackness," immigrant rights activist Sara Mora told POPSUGAR. While she adds that "we are all at risk when we fight back against oppression," she notes that protest is not the only way to contribute to change. We can use our platforms to talk about why all of this is happening, explain to our communities why it's so important that we join and become active in the fight for racial justice, and commit to donating or fundraising for antiracist organizations.

The truth is, there are serious risks to protest unique to undocumented citizens and DREAMERs. "As frustrating as it may seem or be, I would not recommend a person who is undocumented join these protests out on the street," immigration attorney Hashim G. Jeelani, Esq. told POPSUGAR. He added that beyond facing deportation proceedings — which would be the worst-case scenario — undocumented people face other potential serious consequences.

"In any future opportunity that they would have to be able to legalize their status — or to be able to have some relief through any amnesty laws or immigration laws or regulations that change in the future — they would likely have to show that they're people of good moral character," Jeelani said. "Simple arrests that many of these protesters have been arrested for — such as felony rioting, or assault and battery, and burglary — sometimes can be used to show that a person is not of good moral character."

Jeelani suggests that if you're undocumented and want to be a part of the movement, there are ways to stay involved, like organizing protests behind the scenes, amplifying voices and creating awareness on social media, and more. He says the fact that we can't control or predict the actions of others is one of the biggest risks of joining the protests. "There may be a riot that starts, or they may be even falsely accused of rioting, and they may be falsely charged, and in going through that process, they're exposed." This could put protestors on immigration and customs enforcement's radar, which would add the risk of being put through deportation proceedings.

Nevertheless, some undocumented people are choosing to put their bodies and safety on the line by physically marching in protests. Writer Alán Pelaez Lopez and activist Valeria from @bitterillegal got together to share their own experience of protesting while undocumented in an Instagram Live that you can check out ahead that explains their experience, and shares best practices.

If you are undocumented and choose to physically join the protests in the street, you should be aware of the ways to mitigate your risks.

And if you do choose to demonstrate and are arrested, Jeelani says there are many potential outcomes. "In the event that you are arrested, best-case scenario is that you're arrested on a state or city ordinance violation and that you're released on bond, and that you don't come on ICE's radar," he said. "But, if you do, and you are picked up and detained by ICE, then the immigration attorney would get involved, and then there would be a procedure to be able to get you out on bond. So you want to make sure that you have a list of immigration attorneys you or your family can contact in the event that it becomes necessary."