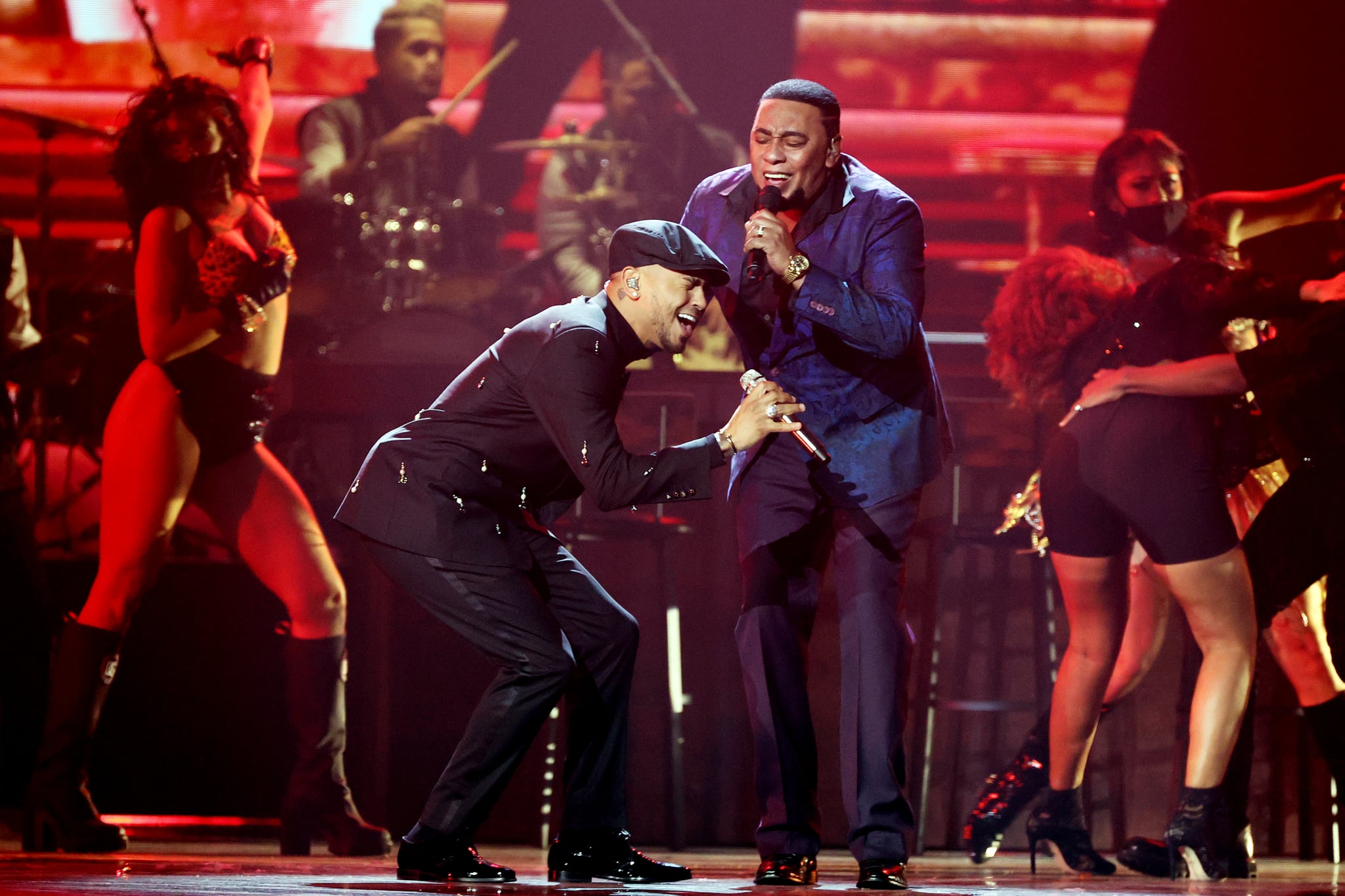 When reggaeton artist Ozuna and OG bachatero Anthony Santos, aka El Mayimbe, released their bachata song and music video titled "Señor Juez" earlier this month, I lost it. It took bachata years to receive the mainstream praise that it receives today, and you could easily argue the same for reggaeton. So you could only imagine my excitement when I saw the two talented Afro-Dominican artists take the stage at tonight's 2021 Latin Grammys to perform the song live.

Ozuna, who is nominated for two awards, including best reggaeton performance and best urban music album for Enoc, started off by performing one of his latest singles, "Del Mar," before transitioning to bachata once Santos hit the stage. Because Ozuna is both Puerto Rican and Dominican, the two shouted out Puerto Rico and Dominican Republic at the end of their performance with pride. The Latin Grammys has developed a reputation for overlooking Afro-Latinx artists. It's been dominated by mostly white Latinx music artists for decades, despite the many Afro-diasporic music styles that have become relatively popular over the years, including reggaeton. In fact, even tonight, there are only seven Afro-Latinx artists who are scheduled to perform at this year's awards ceremony. So while Ozuna and Santos's performance filled me with so much joy and Dominican pride, it was long overdue and nowhere near enough.

Identity
This Roe V. Wade Anniversary, We Must Consider Race
by marjua estevez 20 hours ago