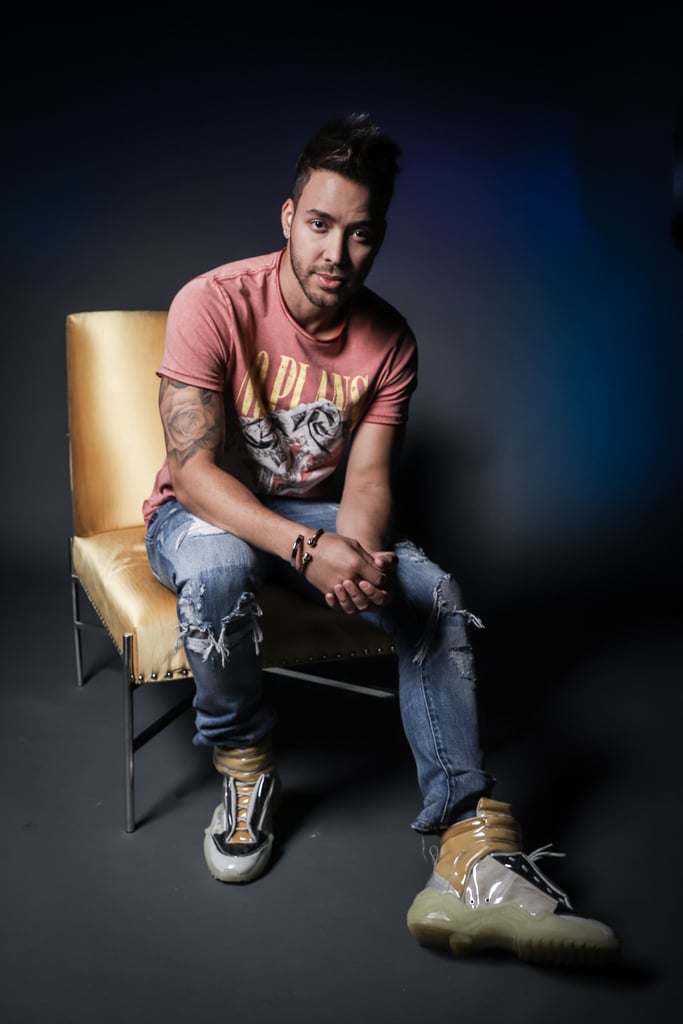 If I had to choose an artist to be isolating with based on their musical taste, I'd probably go with Prince Royce. While he became known for pushing forward a new bachata sound following the lead of Aventura and Romeo Santos, Prince Royce doesn't box himself in when it comes to enjoying all music from different genres.

Case in point: the playlist he put together with Pandora for its Listen In With series, unveiling his favorite tracks to keep his spirits up during this time. Prince Royce curated the exclusive list that goes from chill to house party, adding in some throwbacks and, of course, his own fire collaboration with DaniLeigh.

Besides sharing his favorite music, Prince Royce has kept busy at home by exercising; spending quality time with his wife, Emeraude Toubia; perfecting his TikTok abilities; playing video games; and reminiscing about his career since the release of his first album in March 2010. Every so often, he posts a recap of the highs and lows of his career through the years, constantly thanking his fans for the unconditional support.

While his Alter Ego US tour was postponed because of the global pandemic, he continues to engage with his followers one way or another and even released the music video for his song "Luna Negra," showing a more intimate side of him that we usually don't get to see that often. To continue discovering a new side of him, keep scrolling to get a sneak peek of his favorites, or click here to access his full playlist on Pandora.

Zayn Malik
Zayn Malik Reminisces by Singing a One Direction Song — but What Does It Mean?
by Izzie Deibe 2 days ago

by Jenny Sugar 23 minutes ago