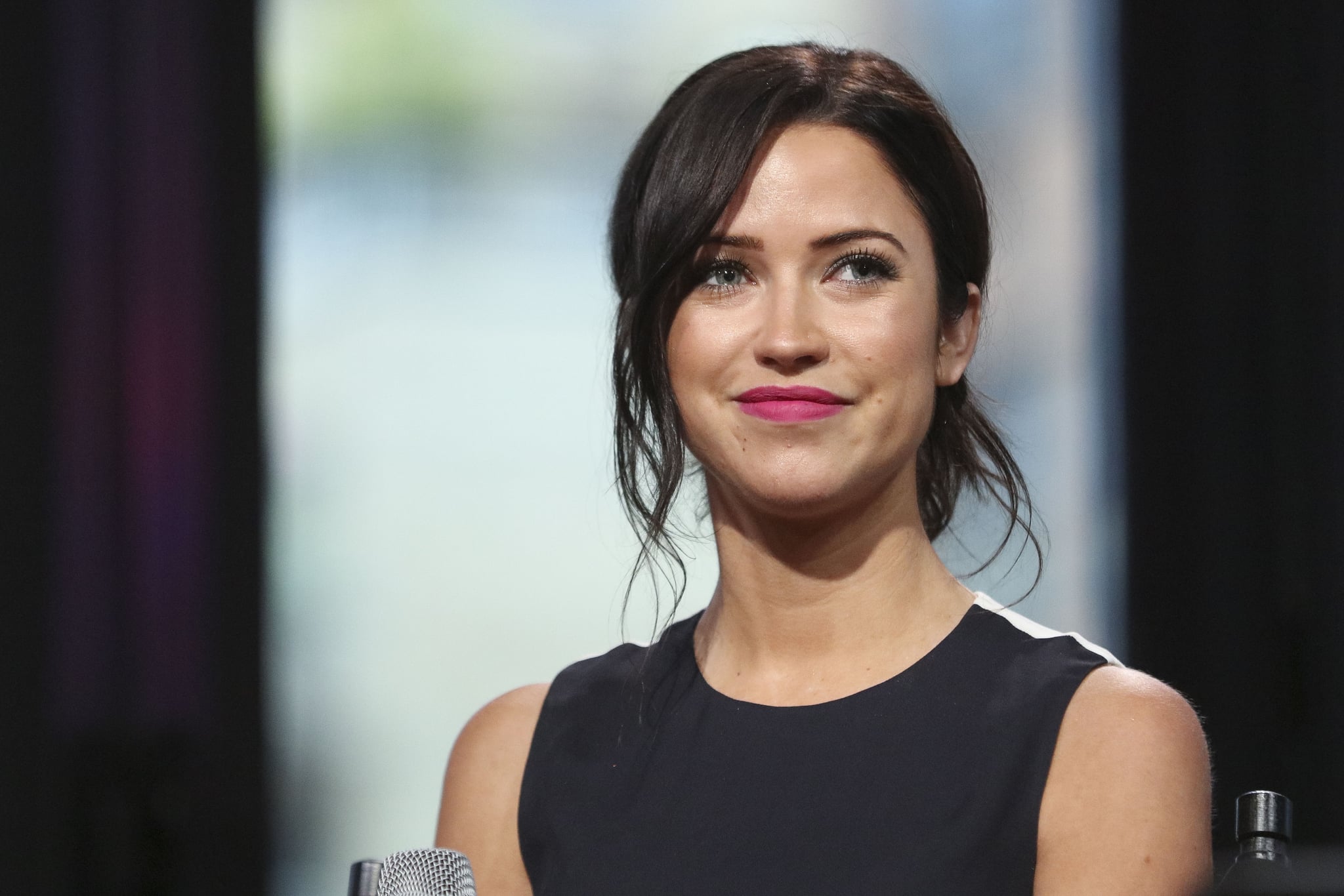 Being the Bachelorette (or the Bachelor for that matter) always includes its fair share of heartache, stress, tears, mishaps, drama, and unflattering editing — all televised for the world to see — but on top of all of that, this season's star, Kaitlyn Bristowe, has had to deal with an unprecedented amount of slut-shaming bullsh*t from cyberbullies.

The show's host, Chris Harrison, addressed the disgusting tweets and emails Kaitlyn receives at the "Men Tell All," saying, "Debate is good. Hate is not OK." He even displayed some of the worst ones to the audience. Last night when the episode aired, Kaitlyn shared some of the horrifying tweets (many have been taken down):

Can we help her? She needs help pic.twitter.com/1o2RSiwXBM

I spoke with Kaitlyn at the episode's taping about how sex has been a bigger issue this season than on any other season of The Bachelor and The Bachelorette, how the hateful comments on social media have affected her, and how the Kaitlyn I spoke with when she was on The Bachelor is different from Kaitlyn today.

On this being the sexiest season of The Bachelorette:

"I think that it's really disturbing because there are people out there who have committed suicide because of online bullying. They are trying to criticize me for what I do and yet they are online bullying. It's just not OK. You come out of this, and you have a voice and you have power, and some people are like, 'I am going to create a blog or start a clothing line' — what I want from this is I want to go speak to people at schools, I want to talk to people with depression, I want to [help people] deal with what I have gone through as a positive [influence] for people who have gone through online bullying. I have handled it, and now I want to help other people. Maybe that's why I went through this."

On how "Bachelor Kaitlyn" is different from "Bachelorette Kaitlyn":

"I don't want to deprive myself of being carefree, but maybe I was a little chirpy to people. I said comments — and it's out of my humor and it's out of my character, it's never out of a place where I want to hurt someone — but now I am more aware of people's feelings and what people see of you and what they think of you. I just want to make some kind of change in the world. Social media is the most powerful thing going on in the world right now, and it's scary and exciting because it affects people's lives. Part of me wants to just use that and help people."

Netflix
13 Reasons Why: All the Characters We've Lost Since Season 1
by Corinne Sullivan 7 hours ago

Will Ferrell
After 25 Years of Acting, These Are Will Ferrell's Best Movie and TV Roles
by Grayson Gilcrease 7 hours ago

Netflix
Dismantling Maggie's Big Mystery on Space Force: Why Is She in Prison?
by Hedy Phillips 11 hours ago