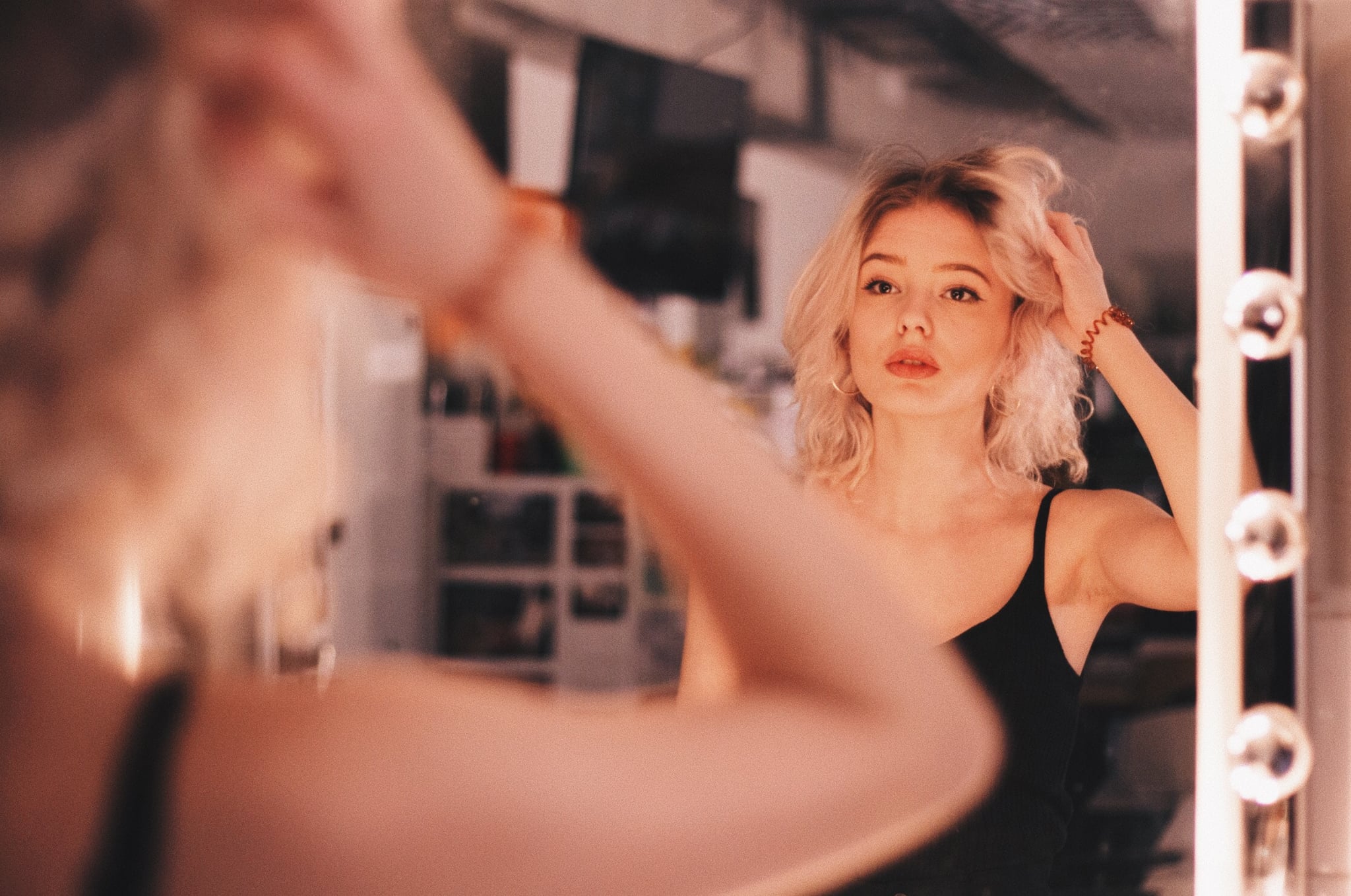 It had barely been a year since I graduated from college when I met him. I was in a messy "in-between" phase; half adult, half wide-eyed kid, awkwardly trying to figure out how to navigate this uncharted era of my life. Many of my friends had recently gotten engaged to their college sweethearts. I, on the other hand, was freshly single after making the poignant discovery that the boy I dated off and on for four years was not the person I wanted to marry. Romantically speaking, I was a total blank slate — completely unsure of what I wanted. For the time being, I decided to put all my energy into my budding career and would try to figure out the game of love later.

Then he came along. Tall, challenging, clever, irritatingly good looking . . . and twice my age. I knew of him. I lived in a relatively small city at the time, and he and I had a mutual friend and were regulars at the same uptown watering hole. I found him attractive, but I knew his history (divorced, two kids) and had zero intentions of even pursuing a friendship, much less a torrid relationship. But after our first real conversation, I knew I was in deep, deep trouble.

Related:
6 Reasons to Hop Into Bed With an Older Man

The fall was fierce and fast. My mom didn't approve, and my friends — while mostly supportive — were perplexed. But I couldn't help it; I was captivated by him. He had fascinating stories and looked at the world from an angle entirely new to me. He was more than two decades my senior, but I never even thought about it. His spirit was young. We watched the sunrise, talking. We stayed out all night dancing. We cried until we laughed and laughed until our sides hurt. At the time, I had never had a person make me feel more beautiful.

I went in addled and green but left with a brand-new sense of who I was and what I needed from love.

The next year and a half would be emotional; I would be smacked with the highest highs and the lowest lows I had ever encountered. Choosing to walk away was unequivocally the hardest decision I had ever made in my young adult life. It broke me. But when the tears dried, I realized the lessons I learned throughout this emotive journey were invaluable. I went in addled and green but left with a brand-new sense of who I was and what I needed from love. To him: I thank you. This is what you taught me.

Related:
21 Times There Was a MAJOR Age Gap in a Romance Movie

I need to be in an equal partnership.

I admired his success. He owned his own company and was the boss in so many aspects of his life. What I didn't realize at first was this "boss" mentality would translate over to his relationships as well. When we disagreed, he would listen to my side but ultimately say he knew better as he had more life experience. While it taught me a lesson in humility, I also learned I wasn't designed to be submissive. He told me there was always one person in charge in every relationship. Today, I disagree — I believe in compromise. My partner's views and opinions matter, but so do mine.

I don't need someone to open my doors.

In the beginning, it seemed so romantic that he always opened my car door. After all, growing up, I thought this was something men were supposed to do if they really cared about you. But honestly, I realized that I am perfectly capable and happy to open my own door. It's a nice gesture — don't get me wrong — but it's so much more important to treat me like an equal partner than to open my damn door.

I want to experience the different seasons of life with someone.

There were times I daydreamed about building a life with him. I thought about buying and decorating a house, getting married, having kids, and maybe adopting a lazy house cat. But the truth was, he had already done all those things with someone else (cat included). And while I knew that didn't mean he couldn't do at least some of them again with me, I wanted someone I could share these monumental life experiences with for the first time. Maybe that was selfish of me, but it was the truth.

I want to be someone's priority.

I respected the great father that he was (and I know still is). His kids always came first (as they should), but to such an extreme that he wouldn't bring me around them or answer my phone calls when they were present. In the beginning, I was understanding without question — who was I to say anything when I had no idea what it was like to be a parent? But even as we got closer, and our relationship became serious, nothing changed. I didn't want to be someone's part-time; I wanted to be someone's priority.

I still had so much I wanted to do.

I loved his stories; he was a world traveler and had so many incredible life experiences under his belt. It was such a refreshing change from exes of mine that had never even been on an airplane. But it also lit a fire in me; I too wanted to stomp across Europe and camp in South America. I wanted to move to a big city and live on nothing but cold sandwiches and crazy dreams. I wanted to make more mistakes and take more chances before settling down. I realized that I just wasn't ready, and that was OK.

Seven years later, I'm engaged to a man who's still figuring it all out (as am I). He forgets to open my car door sometimes, and we split our bills 50/50. There are times he concedes and other times when he firmly stands his ground. He's passionate, hard-working, and has big dreams, but he has never made me feel second fiddle to anything in his life. He's what and who I now know that I want.