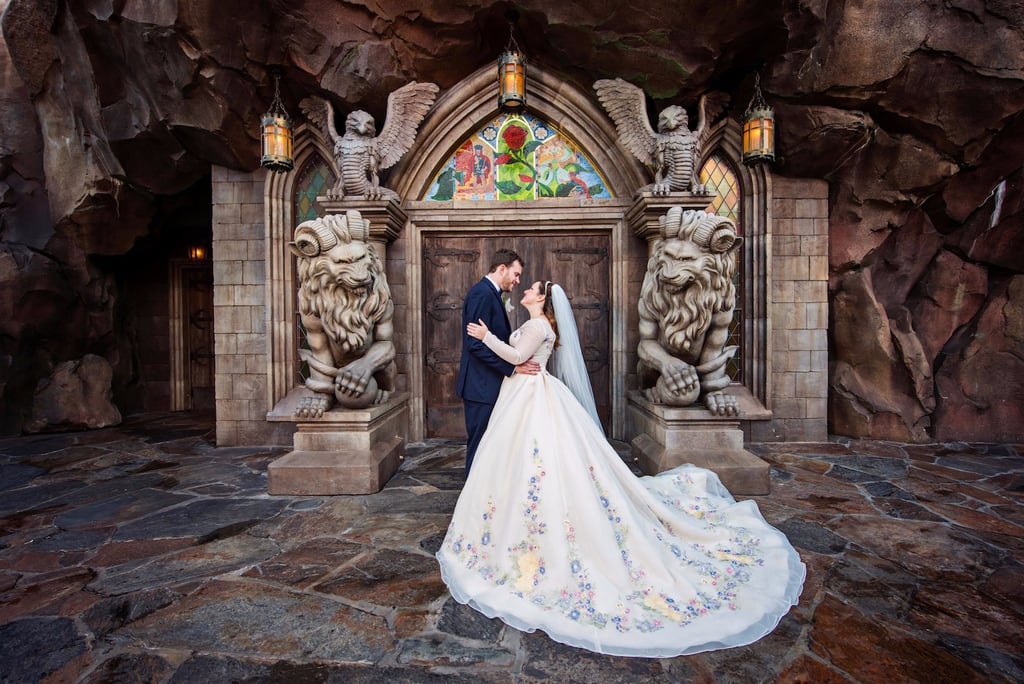 The Bride in This Disney World Wedding Wore the Live-Action Cinderella Gown!

Many women dream of having their own fairy-tale wedding one day, and it looks like Taylor got exactly that. Taylor and her now-husband Tyler held their wedding at a very fitting location: Walt Disney World's Magic Kingdom, aka The Most Magical Place on Earth. But just when you think that a portrait session at the park before hours is enough to get you excited, wait until you find out what the bride wore.

After watching the live-action Cinderella film, Taylor fell in love with the dress. Even before she was engaged, she knew that was it. After discovering that Alfred Angelo had designed a Disney Fairy Tale Wedding collection, she got her very own Fairy Godmother moment when wearing the official Cinderella gown became possible. According to Disney Style, the stunning dress's embroidered flowers were Taylor's favorite detail.

While shooting their wedding photos, Taylor and Tyler felt like they had the entire park to themselves. "It's an amazing experience to take pictures in front of the castle when the park is closed to the public and having nice photographers making you feel beautiful!" Taylor told Disney Style. "It's everything you dream of and more!"

Read more about this magical day from the bride here, including what it was like to have her wedding featured on the Freeform special Disney's Fairy Tale Weddings! See a few shots of their beautiful portrait session ahead.

Related:
This Couple Began Their Happily Ever After at the Most Magical Place on Earth
Previous Next Start Slideshow
Walt Disney WorldDisneyWeddings