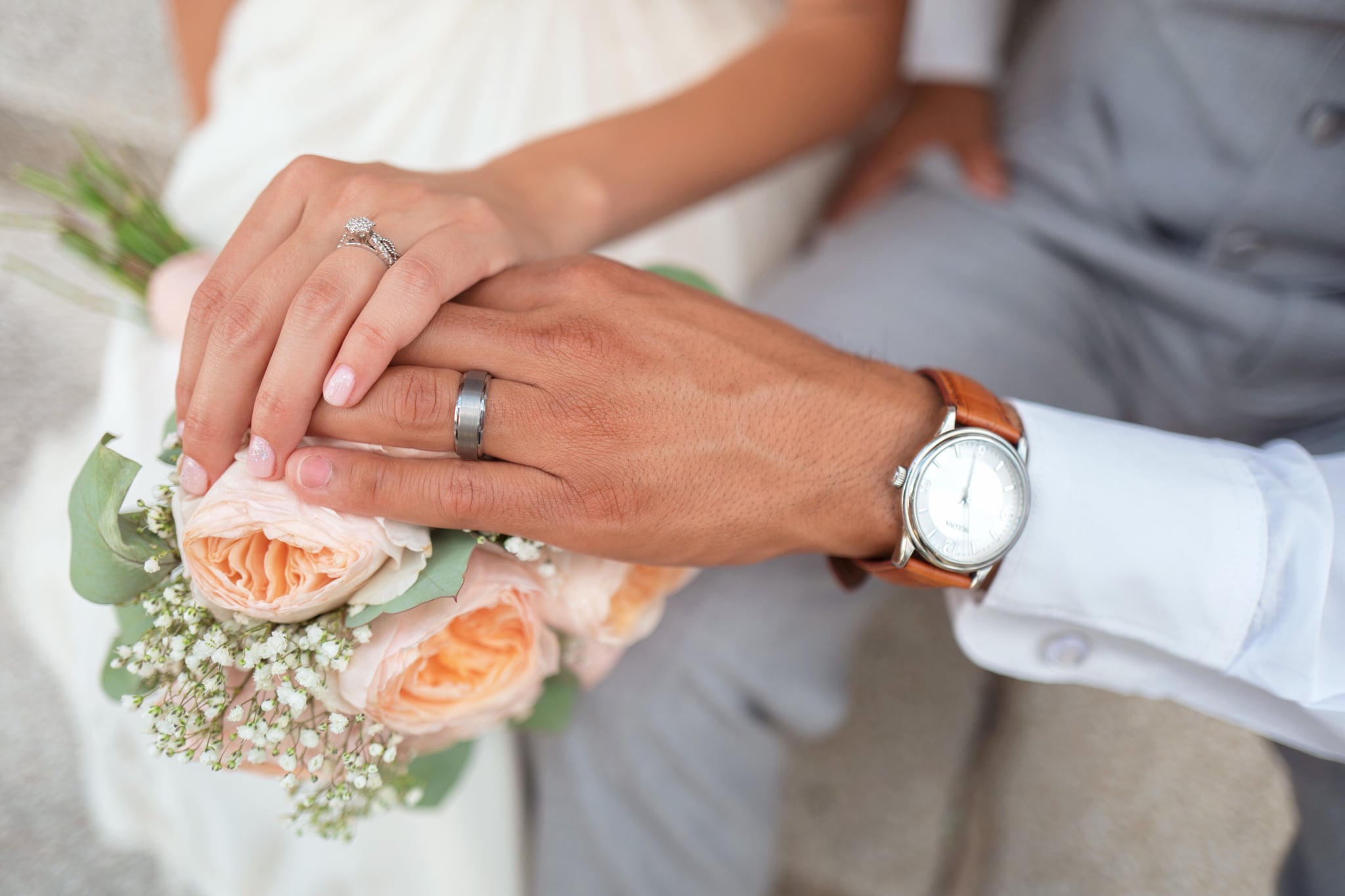 As someone who's getting married in less than three weeks, I 100 percent understand how stressful planning can be no matter where you are in the process. While it's understandable that brides want everything to be perfect on their special day — hey, it's usually not a cheap event! — I've noticed a trend that I'm not thrilled about, and it's time to address it. To me, it is never OK, under any circumstances, to ask a bridesmaid or one of your guests to alter their appearance for the sake of attending your wedding.

I've seen way too many over-the-top requests from brides in wedding groups I belong to, including making their friends and family cover tattoos, lose weight, dye or grow out their hair, or get a fake tan. And these aren't rare requests. There's a constant influx of women — and men, in some cases — who are expected to shell out a ton of money to make said alterations for a five-hour party, and that's really not cool. Let me outline why.

Related:
Sorry but, No, Your Children Can't Come to My Wedding

If You Love Someone, Let Them Be Who They Are

Unless there's an absolute disaster at the salon, it's rare that individuals dye their hair blue accidentally. Although it might "clash with my aesthetic" as one bride put it ever-so-delicately, it's clearly a personal choice. You know what else is a highly personal choice? Getting permanent tattoos on your body, barring the occasional questionable decision after an evening spent sucking down one too many whiskey sours. If they have ink on their body, chances are they want it there, regardless if they're in the wedding party or not.

There are some demands, however, that may be out of a person's control to change, such as the size of their waistline or whether or not they have fair skin. And don't even get me started on the select few who make their loved ones wear bridesmaid dresses despite being told that they're flat out uncomfortable in them. It's never worth making a friend or family member compromise their identity for your sake.

Is it really worth antagonizing the people we love because we want them to blend in or "look good in photos" for one day? The short answer is no. Moreover, most new couples don't invite just anyone to their wedding. If they're on the guest list it's probably because you love them and want them to share in your celebration. Let people show up to your big day as they are. They're supporting you, after all.

Making expensive demands like having people dye their hair back to its "natural" color — a request I see way too often — for one day is ludicrous. Not only is it expensive, but the process can really damage the person's hair. You know what else can be super pricey? Buying makeup that covers tattoos. If your bridesmaid has a sleeve, it can cost an arm and a leg. And guess what? It'll be completely rubbed off before you even cut the cake, not to mention all over everything in sight.

It Might Be the Biggest Day of Your Life, but It's Not Everyone Else's

Because you're shelling out thousands of dollars, it's easy to get wrapped up in a me, me, me attitude. But it's important to remind yourself of this sobering truth: this isn't the most important day in your guests' lives. That's not to say they don't love you and wish you an abundance of happiness, it just means that some people have six weddings or more in a year, and might have some bigger fish to fry.

The bottom line? Your bridal party is already spending a ton of money to make sure you have a beautiful day, so don't make them regret that decision. Furthermore, while your wedding seems like the most important thing in the world beforehand, it's the life you build with your partner, family, and friends after that really matters in the long-run, whether someone has blue hair or not.