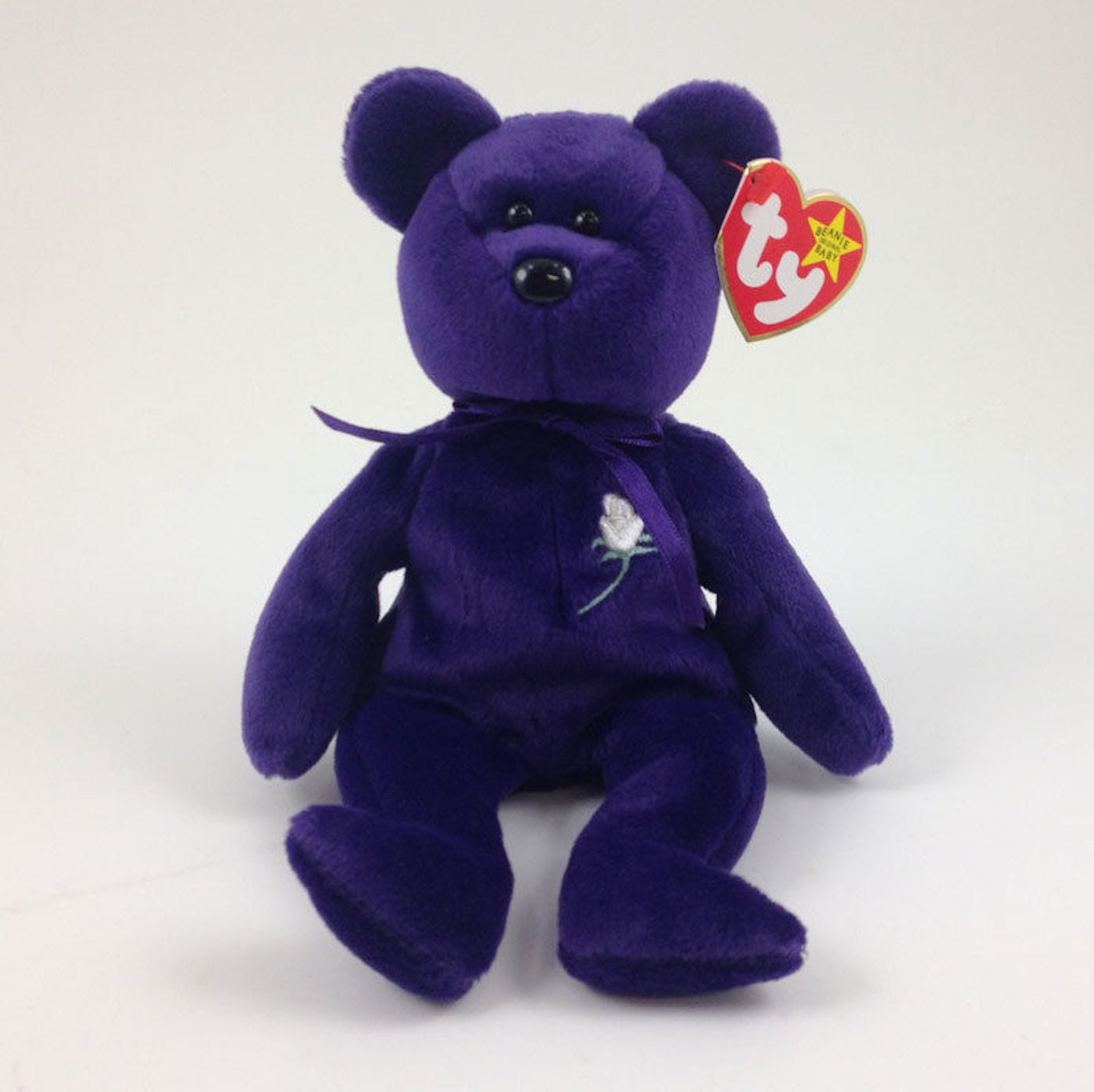 As any dedicated pack rat knows, it's worth holding on to old treasures in the hopes of scoring some cash down the line. The 20th anniversary of Princess Diana's death reminded many '90s kids that their old bedroom closets contained a potential gold mine in the Ty Beanie Baby Princess Diana bear. Those lucky enough to still have it in their possession (whether they stocked up when the bears were released or later came across them in garage sales) have turned their attention to rising eBay prices — some of which have skyrocketed to over $400,000! But is the adorable purple bear really worth as much as collectors and fans hope?

According to the Ty Collector website, the purple Princess bear was released on Oct. 29, 1997, and rumor soon spread that the limited-edition item would only be sold in small quantities. The bear quickly became a fan favorite and a collector must have. The commemorative bear also came with a touching message printed on the trademark tag that read:

Like an angel she came from heaven above; she shared her compassion, her pain, her love; she only stayed with us long enough to teach the world to share, to give, to reach.

No wonder every Princess Di fan had to have it.

As demand for the product rose among collectors and fans of Princess Diana, the company produced more supply, leading collection experts to agree that the product is no longer worth, say, the amount of a new car. That hasn't stopped many ambitious collectors from trying to make a hefty profit from the iconic collector's edition. According to Yahoo!, one couple in England have placed a $37,000 opening bid for their Princess bear on eBay — with the hope that bids could go upward of $100,000.

However, before you angrily berate your parents for selling all your Ty Beanie Babies in a garage sale 10 years ago, keep in mind that the bears might not be as valuable as collectors believe. Antiques appraiser Lori Verderame explained to USA Today that "when you see . . . [a price of] $507,000, that's not credible because you have to find a sales record for someone (who) actually paid the bill for that." At this point, there have been versions of the bear being sold from $1,000 to a measly $1. Nostalgia is powerful, but it may not be strong enough to convert a plush bear into half a million dollars!