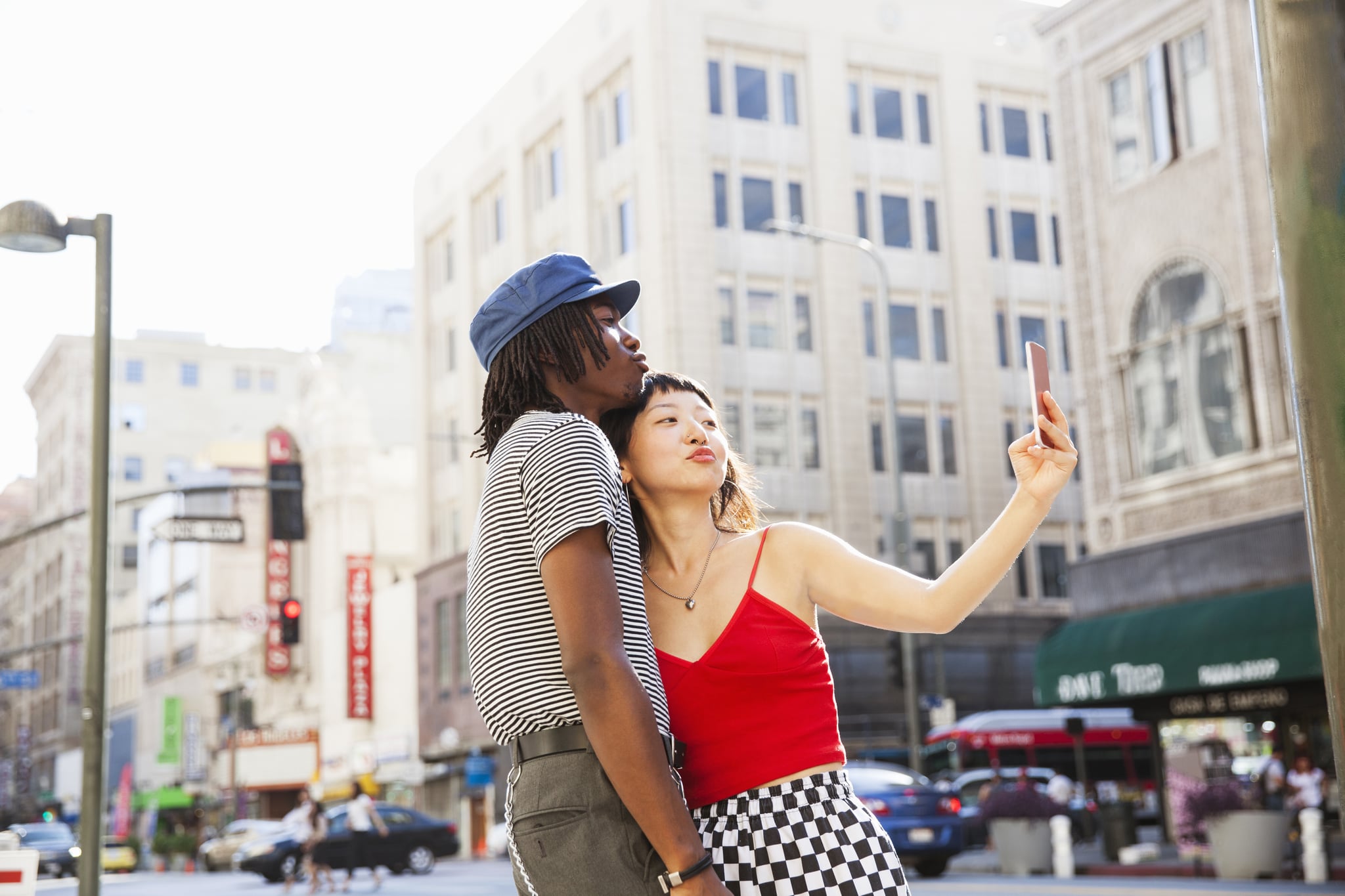 I grew up watching romantic comedies, thinking that one day I was going to meet my prince charming in a very cute way, be serenaded or chased in the airport, and live happily ever after. But then I grew up.

Once I started college, everything was different. I was introduced to hookup culture, which meant that my expectations of going on a real sit-down date kind of disappeared. I started expecting more dance floor makeouts than real connections, and for a while, this lifestyle became the norm. It wasn't until I graduated and moved to New York that I decided to start fresh. I wanted to explore my new city and meet interesting people, so I downloaded Hinge.

Related:
I Really Wish I Didn't Have to Date in the Age of Apps

Hinge feels like more of a friendly community of people going through the same dating woes instead of a harsh swipe culture.

Hinge is the app that's "designed to be deleted," meaning they want you to find true love and stop using the app. And unlike Tinder, Hinge is not made for swiping left and right to see who you can hook up with that day (even though I know Tinder is built for a lot more than that). For me, Hinge seemed more personal, and I liked building a profile and answering prompts about myself. You do gets "likes" on Hinge, and I "liked" back the guys who were funny and interesting. For the first time, I was going on real dates and putting myself out there.

Around the same time, I met Hinge's Video and Content Producer Ilana Dunn, who has been working for Hinge for a year. One of her tasks at Hinge is using Instagram to help users share their stories (including dating fails) and connect with each other. "We all know that dating in 2019 is really tough," Dunn told POPSUGAR. "There hasn't been a single day [I've been at Hinge] where I haven't learned something new about myself or about this crazy dating world."

Meeting her further proved why I'm so glad I chose to sign up for Hinge — because it feels like more of a friendly community of people going through the same dating woes instead of a harsh swipe culture. And instead of giving advice via the Hinge Instagram Story segments, she introduces different topics and opens up the conversation to its followers. This lets them voice their opinions and share their own experiences.

Related:
I Tried Tinder Passport, and Here's What Happened

And as Hinge's on-camera talent, Dunn also uses its Instagram to open up about her own dating experiences, both positive and negative, including her recent breakup. "Social media is filled with people showing off the best moments of their lives, so it's pretty rare for someone to open up about something as raw and emotional as a breakup," she said. "As soon as I shared my story, hundreds of Hinge followers started sharing their own experiences, giving advice based on how they got through previous breakups, and many mentioned that hearing me talk about my breakup made them feel so much less alone."

Hinge understands how tough dating can be, and the reassuring feeling that we're all in this together makes me really like using the app. I feel most comfortable using Hinge, and my profile really lets me showcase my personality to people.

I'd be lying if I said I'd rather meet "the one" online than in real life. I still dream of a meet-cute fit for a romantic comedy. But just in case that moment never comes, I'll be on Hinge.