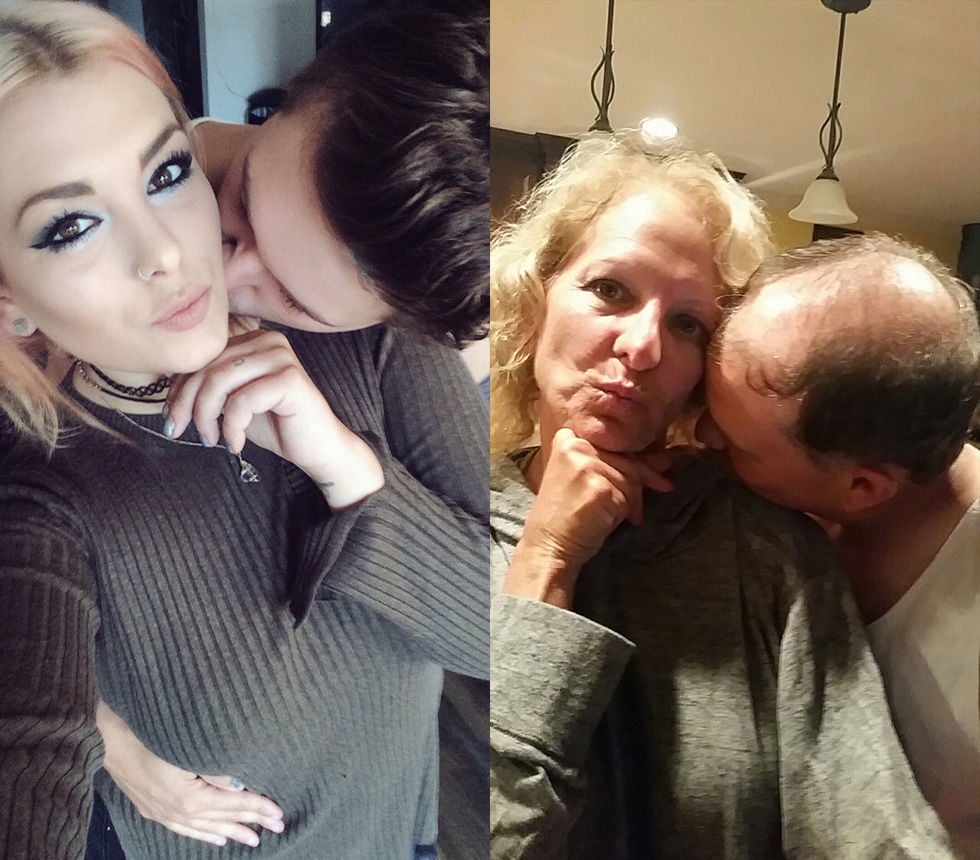 Let's be real for a sec here. At some point, we've all felt mild irritation upon scrolling through social media and seeing pic after pic after pic of handsy couples. Yeah, you're in love! We get it!

Emily Musson's parents made our cynical dreams come true when they (affectionately) mocked their daughter by re-creating cutesy pics with her boyfriend.

Emily, who's a student at LIM College in New York City, met her man, Johnny, two weeks ago and, in her early-relationship excitement, posted a few photos on Facebook. Her mom and dad — who've been together for 28 years — decided to take some snapshots of their own, and they quickly went viral. On Twitter, Emily has more than 42,000 retweets and over 57,000 favorites. It's easy to see why: the pics are side-splitting. Check 'em out.

Previous Next Start Slideshow
InstagramRelationshipsMarriageDatingHumorTech
Around The Web

Holiday
Away For the Holidays? Jose Cuervo Will Send Your Fam a Life-Size Doppelgänger of You
by Emily Weaver 5 days ago