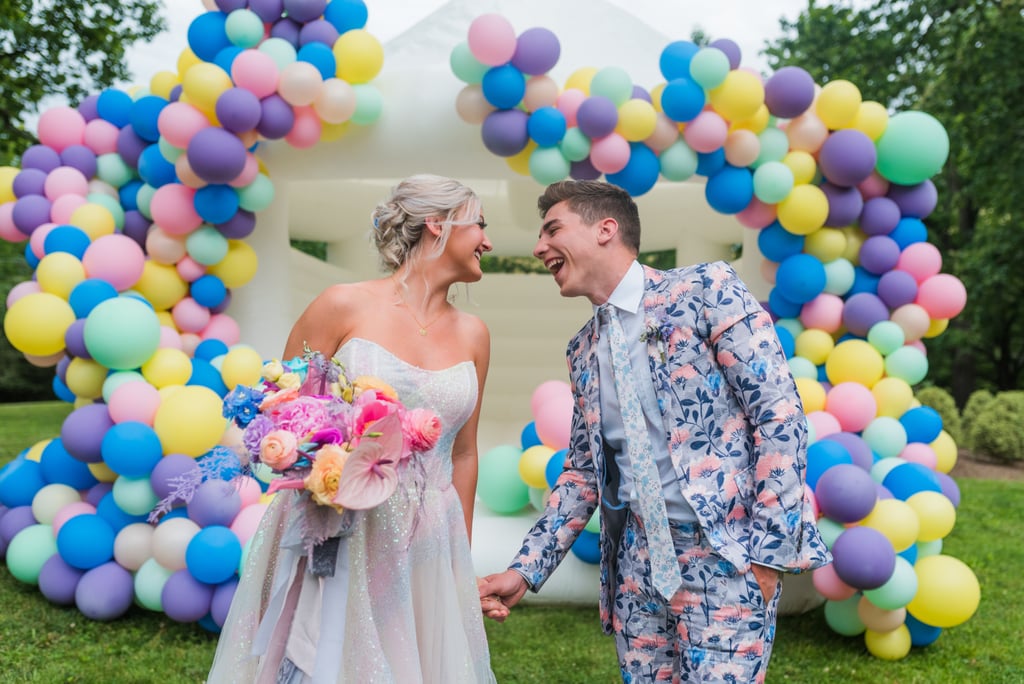 Photographer Ashton Kelley had a vision for a Taylor Swift-inspired wedding photo shoot from her "wildest dreams," and she pulled it off. As a Taylor superfan, Ashton knew all the subtle references she wanted to incorporate — it was just a matter of pulling out all the stops and getting everything organized. She told POPSUGAR, "I was planning a full-on Taylor Swift-inspired wedding. On May 22 last year, I filled an entire page. I took a photo of the report and I emailed it to a creative friend. She responded immediately that I needed to create a mood board and carry this out. While I was excited, it was extremely intimidating, and I got overwhelmed."

With the help of 30 vendors and almost 1,000 balloons, the shoot was born. Ashton worked with Jess Albins Events to brainstorm ideas, which included nods to Taylor's Reputation era as well as the new pastel-filled world that is TS7. "We were deep-diving through social media, watching music videos, listening to albums on loop, and studying live shows for anything we could incorporate. When we weren't immersed in pop culture through direct search, we were browsing through everything the fandom had to say. It was a level of know-all commitment that even I wasn't used to," the Baltimore-based photographer said.

"Every single detail was chosen for a reason. Almost everything in the shoot will relate back to Taylor Swift."

After the release of "ME!" in April of this year, everything really came together. Ashton and Taylor's aesthetics matched up, and the gorgeous shoot is full of whimsy, from the butterfly cake to the rainbow bouquet. There were snakes and cats, cocktails shakers that said "Shake It Off," hidden lyrics all over the place, and a custom Lover denim jacket named after Taylor's upcoming seventh album. They even saw a real snake during the shoot, which Ashton deemed a good omen.

"Every single detail was chosen for a reason," Ashton said. "Almost everything in the shoot will relate back to Taylor Swift. We've referenced everything from iconic moments to over a third of her discography." That includes the made-up names of the bride and groom, Daisy Buchanan and Jay Gatsby, à la "This Is Why We Can't Have Nice Things." The butterfly shoes nearly identical to Taylor's from the iHeartRadio Music Awards were especially impressive. A few of the pieces were actually from Ashton's own wedding in September 2016, which, yes, was Taylor-themed.

You truly have to see the elaborate wedding setup to believe it. Take a look at each incredible detail in the many photos ahead.