Kristin Heavner, a middle school teacher in Michigan, knows that those school years can be tough on any students, let alone girls who are dealing with starting their periods unexpectedly. Because of this, she started putting together care kits her girls could grab from her desk that are discreet and super useful.

She wrote in a Facebook post that she reuses her Ipsy bags and stuffs them with some tampons, panty liners, and wipes, so the girls have everything they need not just for right now but for throughout the day. She also mentioned that she welcomes them to take supplies home with them if they feel like they need it. She is so right when she said, "It's discreet and more fun [than] being handed a giant pad." 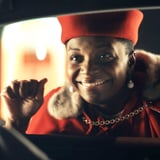 She wrote that she wanted to share her care kits online for back to school because it's already been so useful for her students just this year, but this isn't something new for her. She said she's been doing it for a while now because her classroom is right by a bathroom, which makes it extraconvenient for girls in need to grab a bag and go. Hopefully her idea will catch on and more teachers will adopt it.

Healthy Living
Fact: You Can Have an Ovarian Cyst Without Even Knowing It — Here's How They Form
by Victoria Moorhouse 5 days ago

Healthy Living
If You Have Endometriosis, Consider These 3 Types of Birth Control to Help Alleviate Pain
by Maggie Ryan 6 days ago

Healthy Living
I Just Learned About Revenge Bedtime Procrastination, and Wow, I Can Relate
by Sydni Ellis 1 week ago