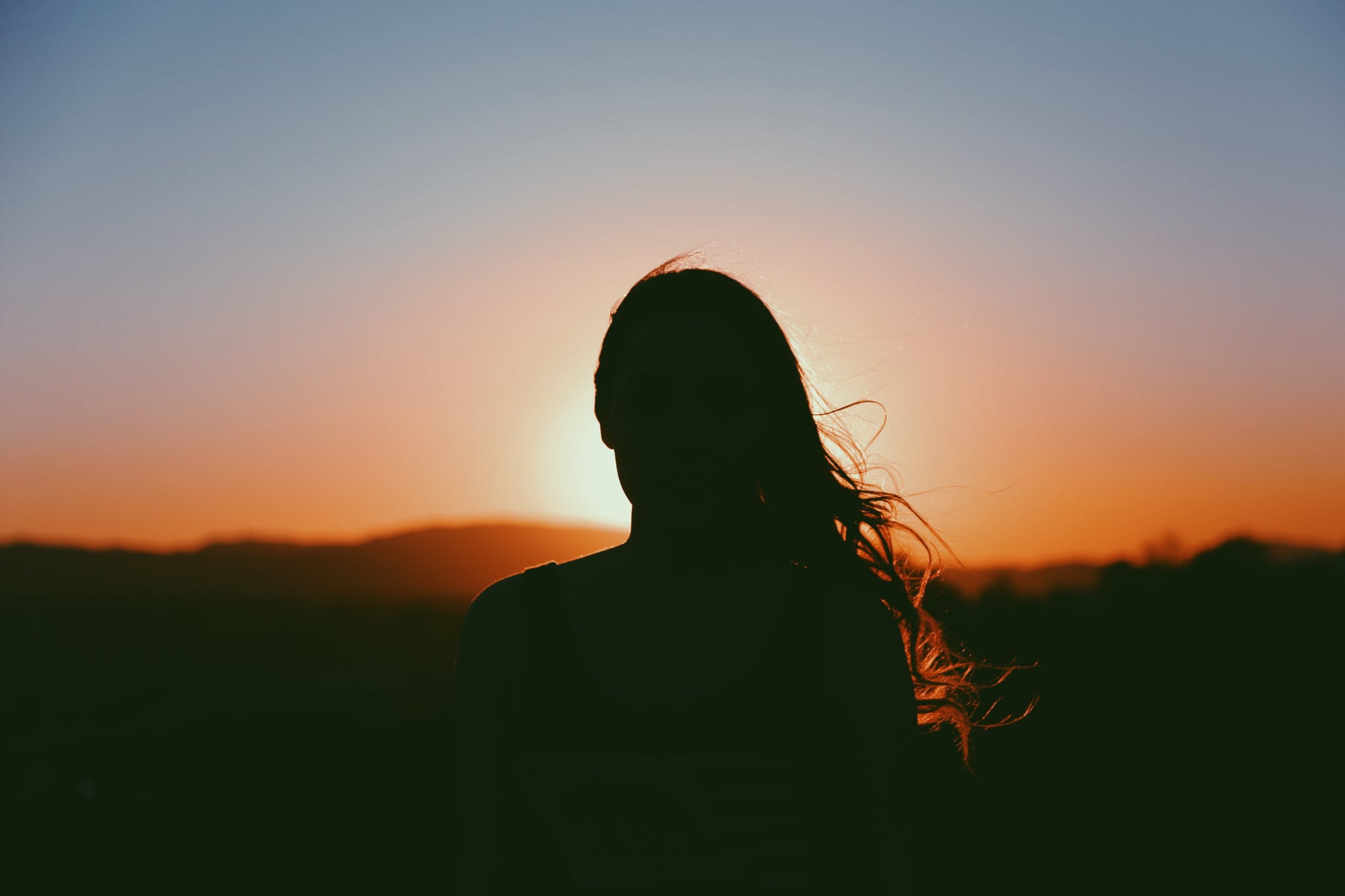 At 23 years old, I fell fast and hard for an outgoing, charismatic man. When we began dating, he made me feel special, beautiful, and loved. I decided that any negative aspect of our relationship didn't matter because he loved me so much — there was a reasonable explanation for all of it. So when he proposed to me after almost a year of dating, I was overjoyed. I found a guy who wanted to commit his life to me. We were going to build a future together.

Six months into our engagement, that image of our life crumbled to pieces. My fiancé decided that he didn't want to marry me anymore, and it felt like a tragedy. I dreaded telling my friends and family; I was devastated. But their reactions to my news were not what I expected at all. One friend broke into tears. Another told me she was proud of me. My family felt guilty that they had let the relationship progress as much as it did.

They were relieved that my engagement to this man was over. Everyone had been scared for me, and I didn't get why. I was confused.

Everyone had been scared for me, and I didn't get why. I was confused.

This was the worst thing that had ever happened to me, wasn't it? But then, loved ones started telling me of times when they wish they had said something to me. Times when my fiancé would put me down or yell at me in public. And as more people stepped forward and told me that ending this relationship was a good thing (including this guy's own close friends), I came to a horrifying realization.

I was emotionally abused, and I could not admit to myself that it was happening at the time.

There were glimmers of problems from the beginning of our relationship, but I made the choice to ignore them. He would say little things to me or shout for a moment, but I brushed it off. It didn't become bad until we moved in together a month after our engagement.

My friends only saw what was happening in front of them, but behind closed doors it was even worse.

The first memory I have of definitive emotional abuse was an evening just a week or two after we moved into our apartment. We were sitting at the bar below our place having a drink when I noticed that he was getting Snapchats from a girl he nicknamed Kate Upton in his phone. I had mentioned to him once before that this made me uncomfortable, so when I saw that she had popped up once again, I questioned him about it. And he became furious with me.

He immediately stomped up the stairs to our apartment, and I quickly followed behind. He was livid. He told me I was ridiculous and jealous for questioning if he would be inappropriately interacting with another girl. And I felt terrible that I would ever question him — we were getting married, after all.

But the more I cried and apologized, the more he screamed at me.

But the more I cried and apologized, the more he screamed at me. I began to have a panic attack and I melted down to the ground, curled up in a ball in the hallway. But instead of stopping the yelling, he stood over me and continued to scream. I started hyperventilating. He told me I was faking it and I was pathetic. After he finished the shouting, he walked away from me. We were silent for about 20 minutes, then we got into bed and went to sleep. The next morning, he said he was sorry, but I needed to calm down with my emotions. So in the end, I was the one apologizing for what transpired the night before.

This was not a one-time thing. There were many more fights like this. And in the end I was always the one made to feel guilty. How dare I ever question him — he proposed to me. How could I do that to him? I was disgusted with myself for doubting him on a regular basis. I told myself that it was my anxiety making me paranoid.

But the screaming wasn't the only problem. This man would criticize me, put me down, and make me feel small constantly. If he didn't like something I was wearing, he would make sure I knew it. He told me I wasn't very funny and he didn't get why my friends laughed at me. He would constantly belittle me for being clumsy. I was afraid to spill something in front of him.

Another problem entirely was his lack of respect for people close to him. I watched him yell at his family on a regular basis over the tiniest things. He started off being incredibly close with my parents (they even helped him pick out my engagement ring), but as soon as we started planning the wedding, everything changed.

I started gaining weight. I became very quiet at work. I saw less of my friends. I felt bad about myself, but I didn't understand why. Wedding planning was not fun; I found it stressful. Like always, I told myself it was all in my head.

He had a lot of opinions about how he envisioned our wedding should be, and if my parents or I had a differing opinion, he was angry about it. We weren't putting a dime of our own money into the big day, so I felt weird about his resentment toward any ideas other than his own. When I tried to tell him that, he would tell me I was wrong. "Don't you love me because I have a lot of opinions?" he would say.

He stopped visiting my family with me. When I mentioned my parents, he would make snide remarks about them. I stopped talking about them altogether because it made me uncomfortable. My family loved me, and all they were trying to do was give us a dream wedding.

I loved this guy so much that I didn't care how I was feeling on the inside.

I loved this guy so much that I didn't care how I was feeling on the inside. I would do anything for him, and he knew that. So when he told me he was unhappy in our relationship, I asked him what I could do to fix that. All he could say was that he didn't know.

Eventually he told me that proposing to me was a mistake, but he wanted me to stay with him to see if we could work things out. More specifically, if I could fix all the things that were "wrong with me." And I did stay for a while. I so desperately wanted him to wake up and realize that no woman would love him the way I did. But he went about every day like things were normal, and I woke up every morning filled with dread, unsure of my future.

I asked him what was going on with our relationship a couple times, and each time it would result in an intense fight where we would part ways and stay with our families for a night or two. He told me I was impossible to talk to because I was too emotional.

After a weekend without hearing from him, I texted him asking if we could meet at the apartment and talk. His response — "Why?" I told him we needed to figure out what was going on, and he told me it wasn't a good thing for him personally to talk to me. We ended things.

I said I was moving out, so he went through everything I owned and put it in the middle of the family room. "I hope I made it a little easier for you," he said. While I sat at my parents' house (my new temporary home) and cried for a week straight, I received texts and calls from all over town — people told me he was out drinking most nights with his friends. They were confused by his actions. It hurt.

He blocked me and my friends from every social media platform. But that didn't stop the awful screenshots of his tweets bragging about going out and joking about needing a wingman. Even his friends were not loyal to him because they knew he turned me into a shell of the person I used to be.

A week later, on top of everything I had just gone through, I learned that he was not faithful to me. He was sending all sorts of photos of his penis to another girl before we were even engaged. Several people who knew about the exchanges informed me, even providing physical proof that the "other girl" admitted to all of it.

When I confronted him and his parents about his infidelity (bravest thing I've ever done, by the way), he pulled me to the side and asked me why I was trying to ruin his life. "We're done, Macy," he shouted at me. "You're trying to cause drama."

But I wasn't trying to cause drama. For the first time in my life, I was standing up to him. He had made me feel so guilty for questioning him all this time. And that feeling in the pit of my stomach was right all along. After trying to protect him and our relationship for a year and a half of my life, I was done. I missed who I used to be. I missed being happy. I realized that I had dedicated a huge period of my life trying to make sure I didn't make someone mad, and I was exhausted.

I was so scared to write about my experience, but now I feel empowered by it.

I was so scared to write about my experience, but now I feel empowered by it. I wanted to protect my former fiancé because a part of me still loves him, but I'm finished doing that now. I am trying to remind myself that yes, I am smart, funny, and strong. I didn't feel like I was any of those things for a long time. I'm having a hard time telling myself that now, but I will believe it again soon.

If you feel like you're being emotionally abused, trust your gut. Don't make excuses for it like I did. Learn from me. Talk to someone you trust. You may feel like you can't live without your partner, but you can. It will hurt. I'm still hurting every single day. But little by little, you will find yourself again. You won't believe you lived the way you did because of how happy you are now. And you will be stronger for it.

Health
Is LASIK Safe? Here's What You Need to Know
by Lacey Muinos 10 hours ago