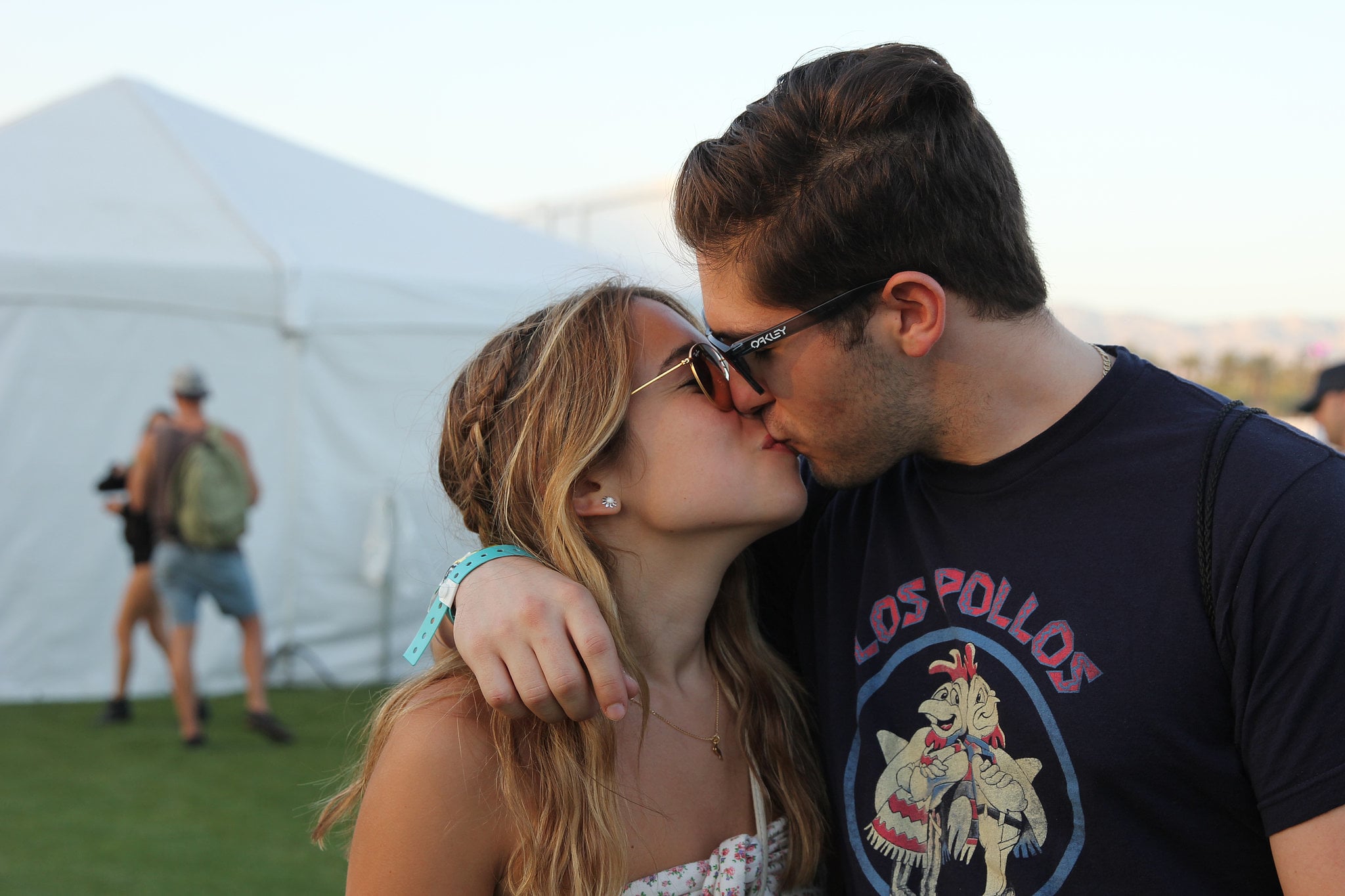 The first thing I thought when I realized I was falling in love with my best friend was, Sh*t. It happened right before my eyes: the guy sitting across the table, who I used to text about the really awkward dates I went on, transformed into the person I wanted to be kissing at the end of the night. It was an electric feeling — like I got zapped — and suddenly I realized everything was about to change in a big way.

When you start to date your best friend, you gain a lot: a protector, undeniable confidence, and a feverish determination to make your relationship work. But you also lose a lot and learn a lot. Read on to find out why taking on the challenge is a tough feat, but at the end of the day, totally worth it.

1. You'll Know Exactly What the Other Person's Thinking, All the Time

You don't need to bother trying to read your own best friend's mind because you already know what he or she is about to say. So while a relationship with somebody new often involves a lot of overanalyzing and sending nerve-racking texts, you won't have to play the guessing game this time around.

After exchanging so many stories about sexual encounters you had with other people, you probably never imagined you'd be doing this with each other. But you're comfortable enough to laugh at the fact that, yes, it's happening now, and it feels pretty wild. But after you've been intimate a few times, the giggling will subside, the romance will kick in, and the sex will probably be pretty darn good.

3. You'll Wish There Were More Hours in the Day

Time: you're going to want more of it. At first, you won't be able to get enough of each other. Now you can do the things you've always done as friends and things people do as more than friends. While you'll want to spend the whole day together, there are other people in your life who need your lovin' too, like family and the rest of your buddies. Don't forget it.

4. You Won't Stop Making Fun of Each Other

If you've always made fun of his obsession with that one childish video game and he's always picked on you for wearing that "weird" man-repelling top, it's not going to stop now. The only difference is that the teasing will probably end with a kiss on the forehead instead of a playful punch in the arm.

5. There's a Constant Fear You Live With

You could lose the most important person in your life — the one who plays the part of your best friend and boyfriend or girlfriend. If you're fighting with him or her, you might have to tap your mom or another friend for advice. You try not to think about what would happen if this all doesn't work out, but sometimes you do, and sometimes a mighty pang of anxiety comes along with it.

6. Dinner Plans Will Be Incredibly Easy

7. You'll Fight a Lot Sooner Than You Expected

You've never been afraid to tell this person how you feel, and that's not about to change now that you've entered a romantic relationship. If you're angry about something, there's less of a chance you'll hide it and more of a chance you'll lay it on the line. Your best friend already knows what irks you and when to stop pushing your buttons. And you won't hesitate to remind them, lest they forget.

8. You'll Start to Care About How You Look in Front of Them, Even If You Didn't Before

Your best friend's probably seen you in your sweats with no makeup on plenty of times. Because really, you never put a second thought into how you looked. But now, you'll have fun getting dressed up and feeling sexy in front of your SO. There's a newfound level of attraction there, and you'll really enjoy it.

No one ever tells you to go ahead and fall in love with your best friend because of the risk factor. If all goes wrong and things end badly, there's the chance you'll lose someone who's a very important part of your life. But you'll also never know a bond as strong as the one you share with someone who truly cares about you, supports you, laughs with you, and also happens to be in love with you. There are a lot of crazy decisions you'll make in life. If you get the chance, you should totally let this be one of them.