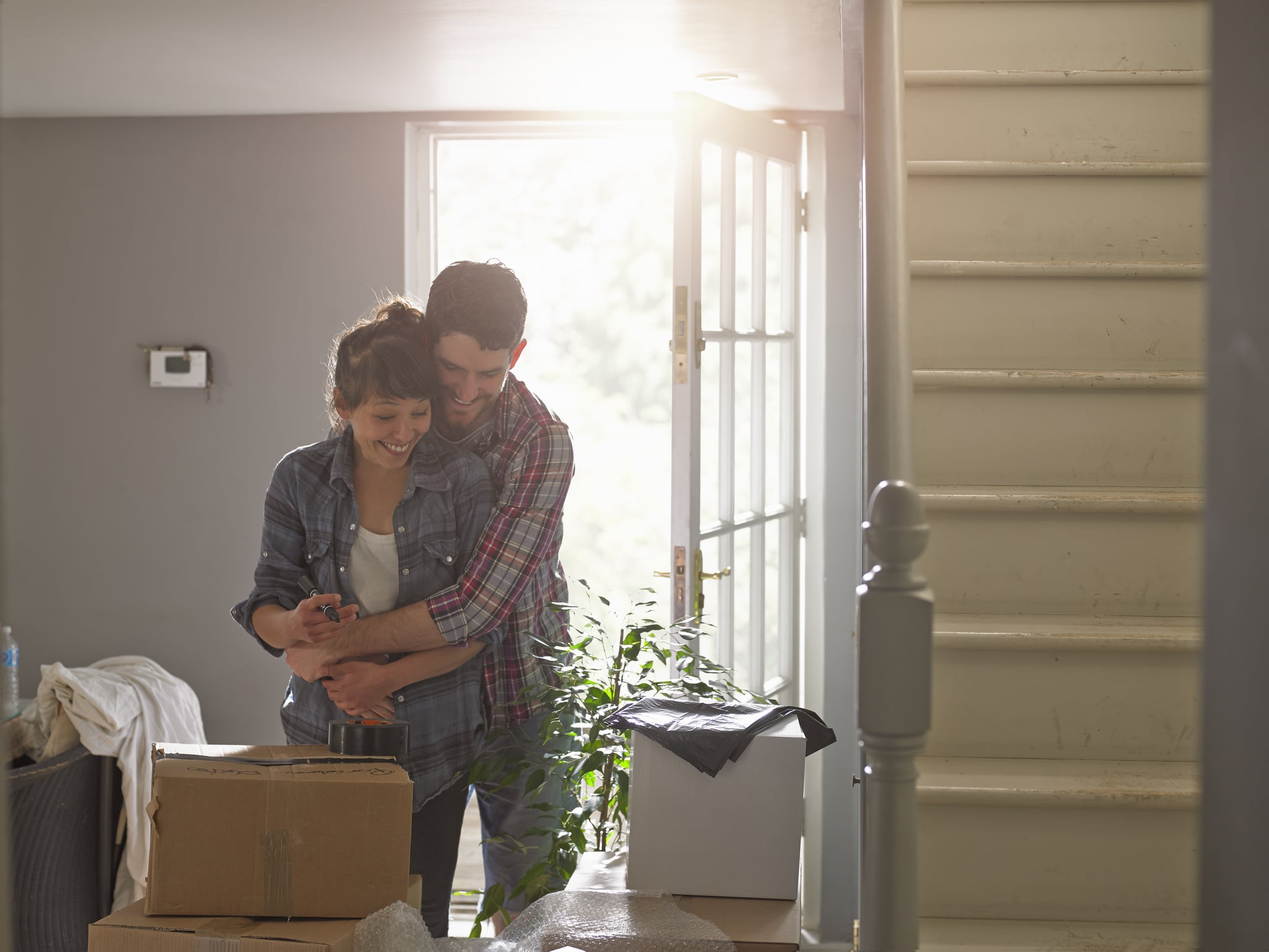 My husband and I didn't mean to move in together as early as we did. When we started dating, I was living in Yonkers during the first year of my MFA program, and he was living in Harlem during his first year of law school, because that's what happens when you adjust your Tinder location settings to show your potential matches within a 30-mile radius. It may have only been a 30-minute car ride, but when you're 22 and just out of undergrad, that's basically a long-distance relationship.

But since I was interning in the city, staying over at his apartment a few nights a week soon turned into several nights a week, which eventually turned into every night. I'd return to my Yonkers apartment once a week to unpack my bag, do laundry, and pack up again. Eventually I said, "I really should be paying half of your rent rather than paying rent for an apartment I don't live in," and he said, "I definitely wouldn't hate that."

Related:
5 Common Worries You May Have About Moving in With Your SO, and How to Tackle Them

Sharing a space allowed us to confirm just how compatible we were, and knowing that made marriage feel less like a scary change and more like an awesome inevitability.

So after just over a year of dating, we unofficially moved in together, and another eight months after that, we officially signed a lease. Living together presented its challenges, especially when I was invading a space that had initially been intended just for him. When he pushed the clothes aside in his closet to offer a third of the rack (an amount that he thought pretty generous), I shook my head and said, "Not gonna work." The first time I made a smoothie in the kitchen before his alarm had gone off, he came out of the bedroom and said, "Absolutely not." We dealt with stomach bugs, we negotiated shower schedules, and we nagged each other about crumbs on the counter and shoes left in the hall, but eventually, we found the middle ground and became perfect roommates.

Okay, not perfect, but pretty close to it. By the time we got married, my now-husband and I had been living together for nearly three years and had confidently ascertained that no matter how much time we spent together, we would never get sick of each other. When you live together, there's no hiding bad habits or annoying tendencies. We'd seen the good, the bad, and the ugly, and we'd worked through it all. When we returned home from our honeymoon as husband and wife, I didn't have to worry about snoring or washing off my makeup at the end of the day. We hadn't just learned to live amicably together over the years — we'd learned to live comfortably together, and it had made us fall even deeper in love.

To me, living together before marriage was an essential step in our relationship. Rather than returning to the safety of my own apartment when I was under the weather or down in the dumps, living together forced me to work through my bad moods alongside my partner. Sharing a space allowed us to confirm just how compatible we were, and knowing that made marriage feel less like a scary change and more like an awesome inevitability.