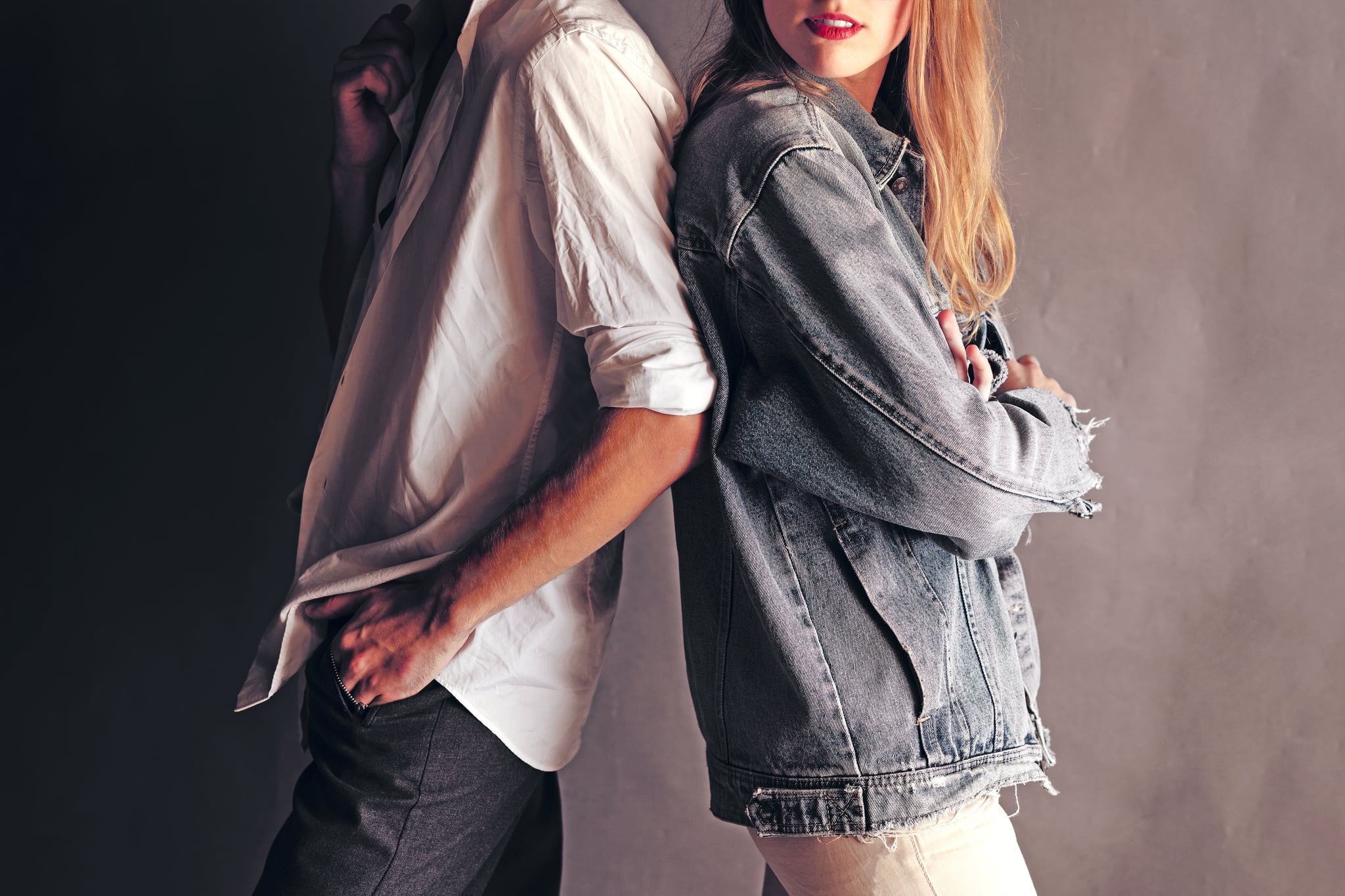 Where do I start?

Well, first off, I'd like to thank Instagram for allowing people to share things and, as a result, find things out. If it weren't for this social media platform, I'd still be walking around clueless and ignorant to the fact that he's dating someone. And that someone is you.

See, you and I have seen this movie before, we've read this book, we laughed and cried, not sure who to feel more sorry for — the innocent girl who fell madly in love with the douchebag or the girl who actually is dating the douchebag (I'm obviously the former). We grew up in the era of princesses and happily-ever-after endings. We dreamed of the day we would kiss the frog and he would turn into a prince.

Oh, how wrong we were.

He and I met my freshman year of college. I was young and dumb, to say the least. He charmed me with his smooth dance moves and quick wit. By the next day, he was already flooding my DMs, Snapchatting me daily updates, and sending the classic, "What r u doing tn?" text. And that's when I made my first mistake: responding to him.

He always knew what to say: "I'm not ready to be in a relationship" or "I like what we have, I don't want to change it." At least now I know why. It's because, for the last year, he was dating you.

Fast-forward a year later and he was singing love songs to me on Valentine's Day, giving me the most relaxing massages after finals, and dancing around Walmart at midnight because I wanted popcorn. And that's when I made my second mistake: falling for him. Hard. I stayed up late with my girlfriends giggling over texts he sent and spent hours getting ready for date nights, but I know you don't want to hear any of this. I don't know you, and I don't think you know me.

He and I were "together," so to speak, for four semesters, which is basically two years. At the end of year one, I tried to end things after we got into a huge argument. But we made up when he said all the right things, and the hopeless romantic in me wanted to believe him. I allowed myself to believe he was telling me the truth. But here's the catch: we were never fully together. Like so many college relationships today, we were "together" without officially being together. It's dating the person without actually dating the person. It's not seeing anyone else but still not being able to call the other person your official boyfriend or girlfriend. It's waking up at 2 a.m. because he can't sleep and wants to talk. It's lying in bed at 1 p.m. not wanting to get up as he embraces you in his arms. It's wishing him good luck on an exam and him reminding you of that one project deadline. It's laughing way too hard in an economics lecture because he was texting you. It's eating ice cream together in his kitchen while ranting about the awful week we both endured. It's all the perks of a relationship without the titles. And whenever I tried to give it a name or give the ultimatum of "it's all or nothing," he played me again. He always knew what to say: "I'm not ready to be in a relationship" or "I like what we have, I don't want to change it." At least now I know why. It's because, for the last year, he was dating you.

So that makes me the other woman.

I never thought those words would apply to me and yet here I am. This is my letter to you and to any woman who has been you or me.

I know my words don't mean much to you, nor will the classic "I didn't know" or "I didn't see any signs of him being in a relationship." Because that's what they all say, right? *Cue the scene in the rom-com where the other women very obviously knew her beau was taken and has quickly become the villain.* But then again, why would I see any signs? Why would I believe anything else but the truth from someone I thought I trusted? Does it really make me the villain for trusting someone's word?

Related:
These Zodiac Signs Are Most Likely to Fear Commitment, So Watch Out

There may or may not be a rulebook for you on how to handle this. Hate me, leave him, or maybe stay with him? Your friends might find my social media accounts and figure out all there is to know about me. And I don't blame them. That's what friends are for — to hold you while you cry and say, "No, honey! You are way prettier than her," or "What kind of person gets with a taken man?" Don't worry, though, my friends are doing the same thing for me. And honestly, I like you. You seem funny and smart. This isn't about pinning two women against each other. However, I definitely haven't found the rulebook for how I'm supposed to deal with this. We were both lied to. He hurt me, too. Society has taught us that the girl in my position should feel awful about her actions, but how can I feel awful when he put me in this position? I can't even play the "Well, he said he was going to leave her" card because I didn't know there was a her. I didn't know there was a you.

To make things more complicated, we're in the middle of a pandemic, but nothing will change the fact that he lied. He responded to all of my texts and calls when he was dating you. When we were forced to leave our college campus, he asked me to come over and hide out under the sheets with him. And I don't know what your relationship is like. We're in college, after all, so maybe you knew about me this whole time. Maybe you're in an open relationship, and for all of our sakes, I hope that's true. But that means you chose to be in an open relationship — I didn't. He never gave me the chance. That's probably the worst part. I would have never allowed him to drag me along knowing he was dating you. Instead, he allowed me to hope and believe that we had a chance. I walked away as soon as I found out about you, and all I can say is I'm sorry. I really am so sorry.

While I don't know what to say to you exactly, I do know what I want to say to myself. So the way this letter really should be addressed is . . .

Never allow yourself to believe that the frog you are kissing will ever be a prince. Because plot twist, a prince does not live in the swamp.

Me, aka the Other Woman

Dating
How to Explore a Praise Kink, According to Sex Experts
by Hedy Phillips 3 days ago