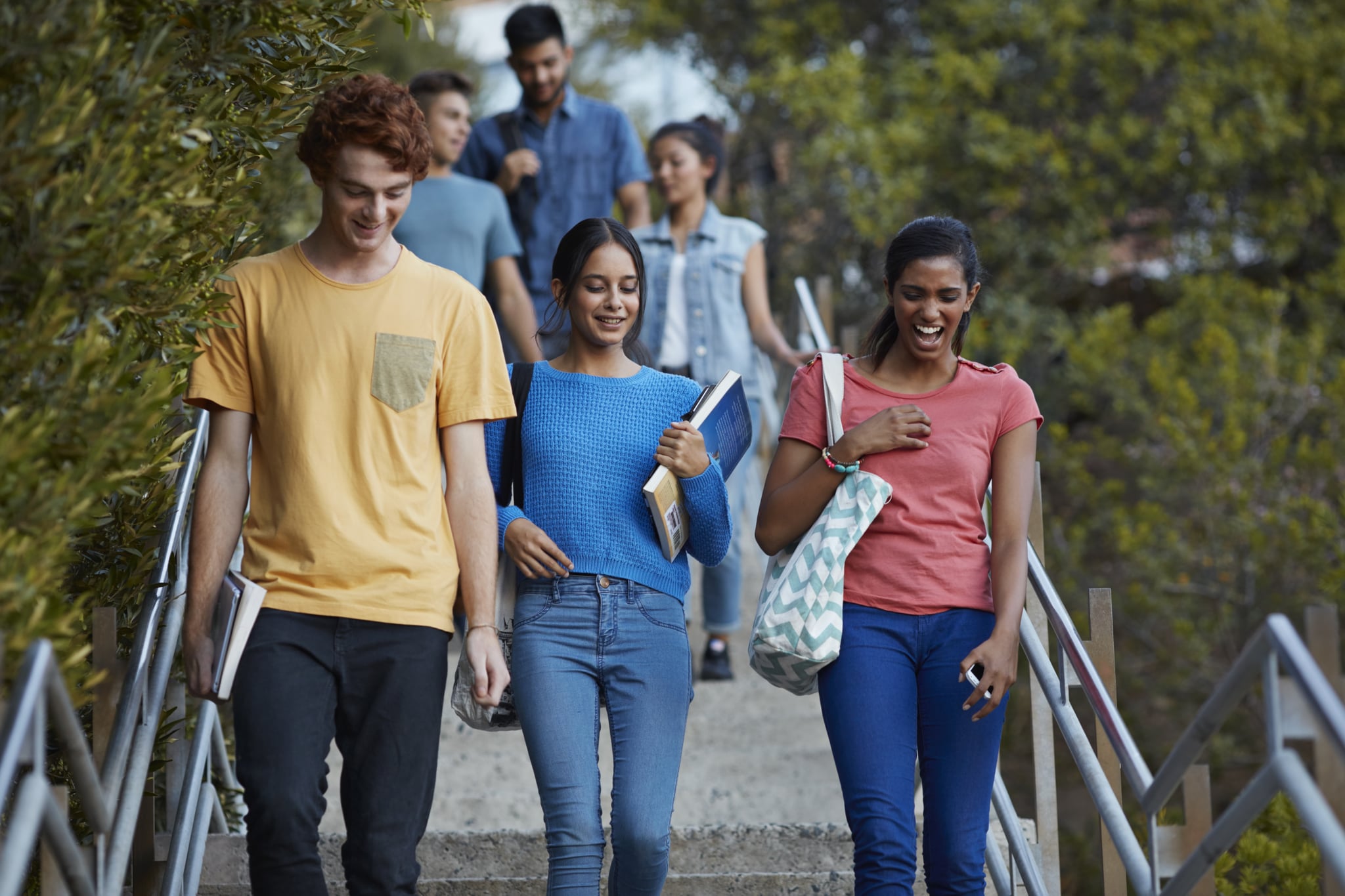 Entering college as a virgin can feel really isolating, and it's easy to assume that you're the least experienced person on campus. The hypocritical culture that shames women as "sluts" for having sex is the same one that shames them for being "prudish," so handling this inescapable judgement feels impossible — especially as a vulnerable freshman. I'd avoided hookup culture in high school since I was in a committed relationship for the majority of it, but when I became single during my freshman year of college, I felt the immediate pressure to hook up with people if I didn't want to be seen as prudish. Who was "still" a virgin became a common topic of discussion and mockery, and those who admitted to it were often met with sympathy. I was in the uncomfortable position of not wanting to share what I had or hadn't done, but still felt pressured to "prove" myself out of fear of judgement.

Virgin-shaming is often framed as something men do, but it's rarely talked about as a way women are shamed for not being promiscuous or sexy enough in college. "When it comes to starting college as a virgin, girls shame each other!" a college student who wishes to remain anonymous told POPSUGAR. "I feel like being a virgin is seen as a bad thing [when it's not]."

Being a virgin throughout high school and into college is much more common than many students might think.

And the issue isn't just about being sexist as hell — it's that it's unrealistic, too. According to a study by the Centers For Disease Control and Prevention (CDC), the percentage of high school students who reported having sex before graduation decreased from roughly 47 percent to 41 percent from 2005 to 2015. So unless the other roughly 59 percent of students had sex during the summer after high school graduation, they entered college as virgins. So, despite the culture, being a virgin throughout high school and into college is much more common than many students might think.

The difference is that there's a reversal of what's expected: not having sex is considered the norm in high school, whereas having it is considered the norm in college. "People are still looking at you and singling you out if you're a virgin [in college]," another student shared with POPSUGAR. "Whereas in high school, you were singled out if you had sex."

Unfortunately, this pressure can drive decisions for college freshmen who feel ashamed about their lack of experience. One college student said of her first time: "I only did it because society puts so much pressure on people." And after losing her virginity, she was still ostracized. "I hadn't done anything sexual in high school, so when I lost my virginity freshman year to a guy I'd just met, people kept asking me why I did it," she continued. "They were concerned and confused, but I did it because I felt like it, and it was completely consensual."

There's a stigma that women who enter college as virgins are incapable of enjoying hookup culture if they do decide to have sex, as virginity symbolizes "innocence." One student said she asked one of her male friends why he thought guys didn't seem to be interested in her, and his response was that many of them "don't want to be the one to take away your purity." Luckily, this student recognizes the ignorance in this approach and told us, "I don't like that we talk about virginity like something's being taken away, like 'you lost it.' I feel like that infers that it's something accidental or bad for you."

Men (and sometimes, unfortunately, other women) will always find a reason to criticize your approach to sex — it's a misogynistic system that is pitted against us. Luckily, many college women are turning this narrative on its head by taking agency over their choices, whether they decide to have sex or not. I still like to stay relatively private about my sex life, but it's no longer out of shame or fear of judgement. The strong college women I'm surrounded by empower me to make the decisions I want to make and to own them, no matter what anyone else has to say about it. So if you're starting college this year and feel like you're "inexperienced," just know that that truly doesn't mean anything. You are never alone, and you should feel comfortable and confident in your sexual choices — no matter what they are.