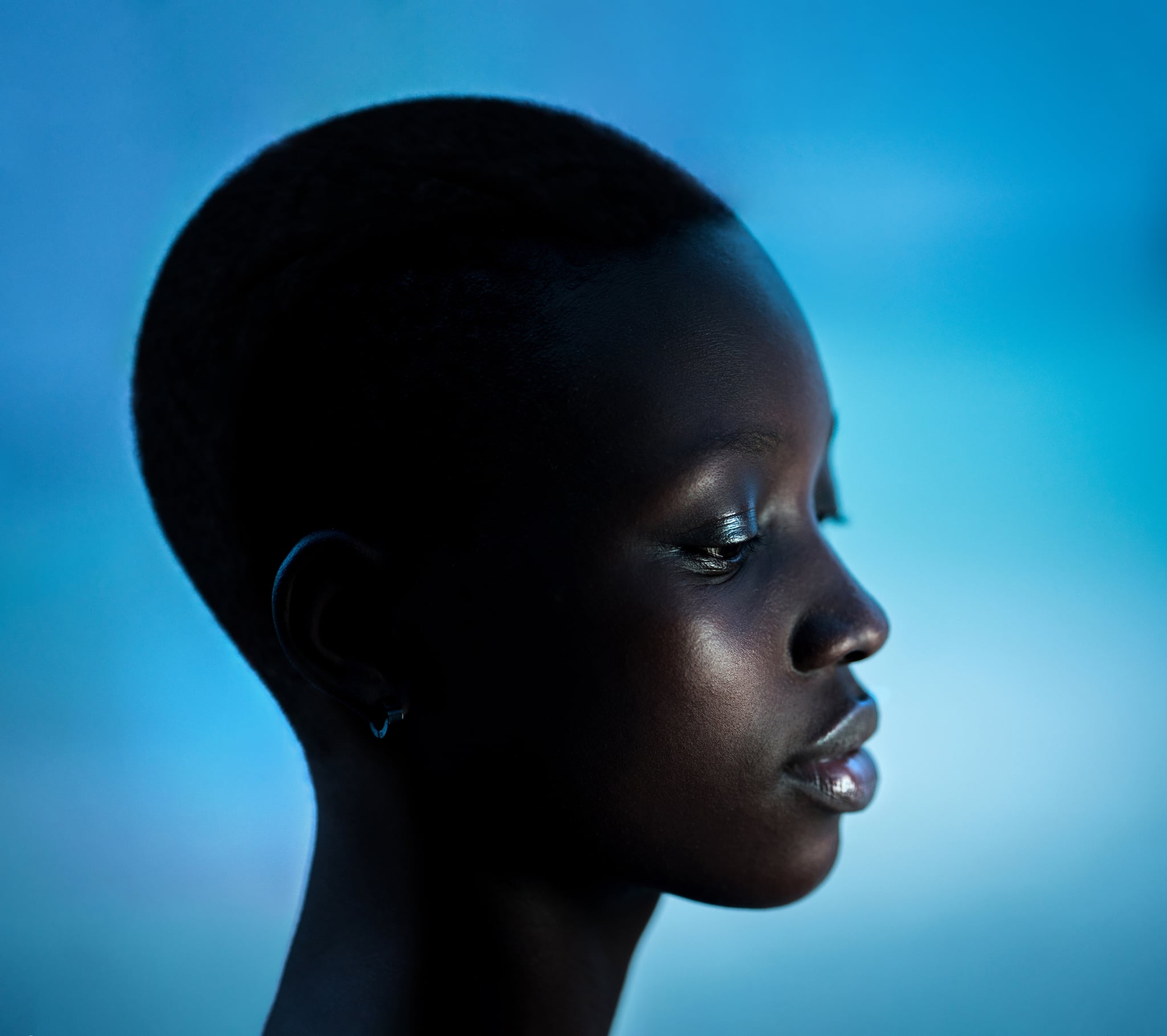 Gaslighting is Merriam-Webster's official word of 2022. The dictionary's site saw an increase of 1,740 percent in searches for the term compared to last year. What's interesting is that gaslighting is the first chosen word of the year that wasn't associated with a single event that drove any significant spikes.

Gaslighting — "the act or practice of grossly misleading someone especially for one's own advantage," per Merriam-Webster — is a term you hear thrown around often, but not many people fully understand what it means or the context in which it's used. This happens a lot in pop culture — especially on shows like "The Bachelor" or "The Bachelorette." For example, on Katie Thurston's season, she accused leading contender Greg Grippo of gaslighting her in their final conversation together. Celebrities tend to throw the term out pretty often, too. In another example, Kanye West wrote in an Instagram comment, "There's multiple attempts to gas light me," regarding custody disagreements with ex Kim Kardashian.

In August of last year, "gaslighting" was searched on Google over one million times, and if you look at TikTok — or any other social media platform — it's likely you'll find the comments sections flooded with people using the term loosely.

"In recent years, with the vast increase in channels and technologies used to mislead, gaslighting has become the favored word for the perception of deception," Merriam-Webster wrote. "This is why (trust us!) it has earned its place as our Word of the Year."

Because gaslighting has received so much traction in mainstream media as of late, let's address its technical definition: "Gaslighting is a term used to describe a manipulative strategy used in communication to make someone question the way they have observed or experienced an event or situation," therapist Naiylah Warren, LMFT, clinical content manager at Real, says.

In other words, this form of psychological abuse may cause you to question or doubt your sanity, judgment, or experience, according to psychologist Ernesto Lira de la Rosa, PhD, media advisor for Hope For Depression Research Foundation. It's what happens when you question your own reality.

The term presumably came from the 1944 film "Gaslight," where a husband slowly manipulates his wife into believing she's going insane. And since the movie's release, it's been used to describe repetitive and persistent abuse that's used as a tool to shift the power dynamic in a relationship. For that reason, we're going to focus this post on gaslighting in romantic relationships, although gaslighting can happen anywhere — in your profession, at the doctor's office, with friends or family.

To help you better understand what gaslighting is, we spoke to mental health professionals about the cycle of gaslighting, specific gaslighting examples, common phrases gaslighters use, and the toll it can take on someone's mental health.

Like in the film "Gaslight," gaslighting happens when a person makes an effort to manipulate and control a situation or relationship, and it can result in emotional and psychological abuse of their partner. "It's a tactic used to get someone to start questioning their reality," relationship psychotherapist Melanie Tsesler explains, adding that "it often makes them feel as though they are at fault."

The purpose of this behavior? To gain control of a relationship, as they may have unresolved issues of childhood trauma or narcissism, Tsesler says.

Marriage and family therapist Amber Gordon explains that once a partner has introduced gaslighting into a relationship and is successful in using it as a manipulation technique, they will perpetuate a cycle. That means the gaslighting behavior will likely continue, potentially get worse over time, and be repeated longterm.

What Is the Cycle of Gaslighting?

Recognizing the signs of gaslighting can be difficult in a relationship, especially when partners are codependent. Tsesler explains that the general cycle of gaslighting starts with lies that are used against the accuser. Some examples provided by Gordon include phrases like "I never said that," "It's your fault," "You're remembering things wrong," and "I'm sorry you feel this way." All of these comments help to dismantle the valid feelings of the person on the receiving end. By targeting these accusations, the issue is ultimately disregarded, allowing the gaslighter to continue using the tactic in future incidents.

Due to past accepted behaviors in the relationship, like letting the comments above slide on more than one occasion, Gordon indicates that it is common for the person who is gaslighting their partner to increase the severity of their behavior over time. As gaslighting becomes more frequent, individuals in these relationships become blinded to their occurrences. "Often, people are unaware that gaslighting [is taking place] because it is a subtle and indirect form of manipulation," Gordon says. Dismissing or simply not identifying red flags essentially allows this behavior to continue.

When confronted, gaslighters often wear down their victim to make them feel insecure and inadequate. How does this impact the victim of gaslighting? Gordon says that those being gaslit question the severity of the situation, which leads to self-doubt and can destabilize their mental health. Due to the nature of gaslighting, "victims will often start to believe that their experiences are not valid and that they should not trust their feelings because the abuser has manipulated them into believing they are not true," Gordon explains.

When the victim starts realizing the red flags in their relationship and, in turn, confronts the person gaslighting them, the gaslighter will usually backtrack and console their partner. This is a turning point that allows the cycle to continue working. Because the victim receives a bit of praise, they return to the relationship only for the abuse to continue. "Most individuals don't realize they are in this pattern until a long time after, perhaps years in the making. By then, their self-esteem is usually worn down, resulting in them believing they aren't worthy of anything better, so they stay [in the relationship]," Tsesler says.

The cycle continues through the means of retaining power, which the gaslighter does through continuous lies and manipulation, essentially stunting their partner's ability to leave the relationship. By doing so, the victim remains powerless and enwrapped in a bubble of self-doubt and insecurities.

Related:
Why Love Bombing Can Be So Insidious

What Are Some Examples of Gaslighting?

It's important to understand that everyone's situations and circumstances will look different. And though there's no definitive answer as to whether something is or isn't gaslighting, if you are ever doubting yourself, feeling insecure, or not trusting your experiences, this could be a warning sign. To help you better identify gaslighting on your own, Warren shares some situational examples where gaslighting takes place:

Of course, situations will vary, but here are some common phrases gaslighters might use, Lira de la Rosa says:

Signs Your Partner May Be Gaslighting You

Because gaslighting is considered a form of abuse, some people may not even know when it's happening to them. But Warren says that when you start to second guess yourself, it should alert you something isn't right. Here are some additional signs your partner could be gaslighting you:

Related:
13 Signs You're Dating a Narcissist

How Does This Affect Someone's Mental Health?

The severity of gaslighting can greatly impact the victim's perception of themselves and the formulation of their identity. As the gaslighter starts to wear down their partner's self-esteem, this stifles their ability to discern between reality and facts. As indicated in the cycle, insecurities and self-doubt become the gaslightee's identity. This leads them to question their sanity and increases the difficulty of removing themselves from this cycle in their relationship despite fully understanding the mental health repercussions. Gordon explains that individuals who have experienced gaslighting will often suffer from decreased self-esteem, self-image issues, anxiety, and depression as a result of this type of manipulation.

How Do You Approach a Significant Other Who Is Gaslighting You?

Being mindful of how you feel in a relationship and how you're being made to feel in a relationship is key. "As soon as you start noticing manipulation or gaslighting type of behavior, it's important to take a step back and see if this is something your partner is willing to seek help to fix." Tsesler suggests using "I feel" statements to help your partner understand how their actions have affected you.

According to Gordon, establishing boundaries is incredibly important not just in intimate settings but also in friendships, family, and work relationships. "Simply put, boundaries indicate what's OK and what's not OK," she explains.

How Should I Approach a Friend Who I Think May Be in an Emotionally Abusive Relationship?

Being patient is essential when talking to a friend who might be in an abusive relationship. "Pointing out gaslighting when someone isn't ready to acknowledge the relationship's nature can cause them to pull away from you and not talk to you about their relationship," Gordon says. She suggests that you avoid asking probing questions. Instead, ask how they feel in their relationship. Gordon says you can ask questions like "How do you feel when they speak to you in that way?" or "If my partner was treating me that way, what advice would you give me?"

Gordon and Tsesler agree that a gaslighter can manipulate their significant other into thinking they're exaggerating the situation's severity. Because of this, most people we care about that are in emotionally abusive relationships are not always aware of what's occurring. We can help them acknowledge how they feel and support them in realizing that the relationship is an emotionally abusive one.

You don't want your friend to feel judged or unsupported for being in an abusive relationship. Being a good friend means giving them space to process what's happening and providing guidance during times of struggle. Both Gordon and Tsesler also encourage victims to reach out for help and support from mental health professionals for their own healing.

If you feel you may be in an emotionally abusive relationship, please use The National Domestic Violence Hotline or call 1-800-799-SAFE.

Related:
My Therapist Told Me to Treat My Emotionally Abusive Relationship Like the Addiction It Is
Image Source: Getty / Jasmin Merdan
RelationshipsRelationship Advice 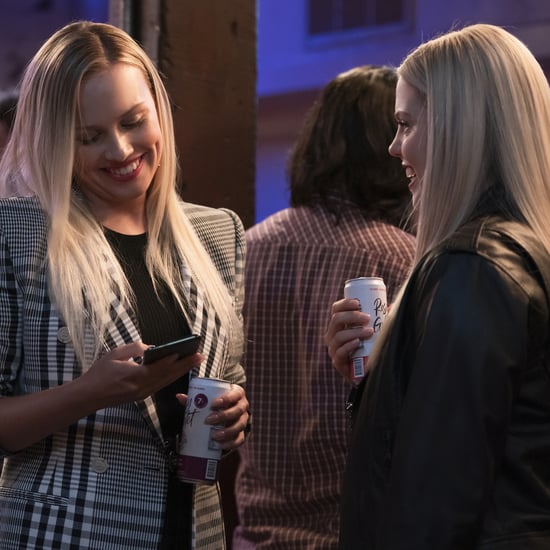 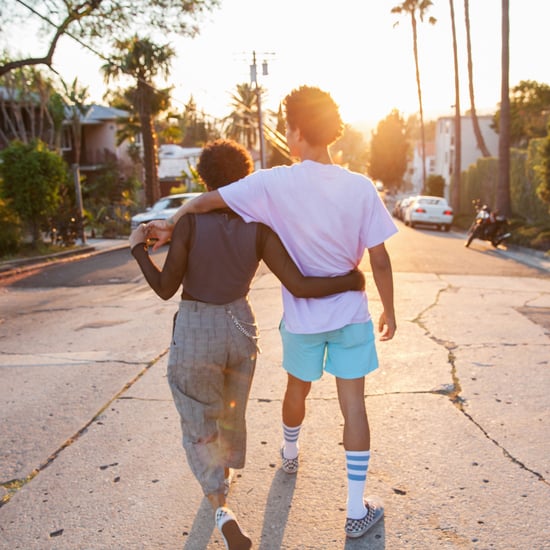 Dating
Are Rebound Relationships Doomed to Fail? Here's What an Expert Wants You to Know
by Andi Breitowich 1 day ago

Relationships
Why Is It So Much Harder to Get Over a Healthy Relationship Than a Toxic One?
by Taylor Andrews 3 days ago

by Njera Perkins 36 seconds ago