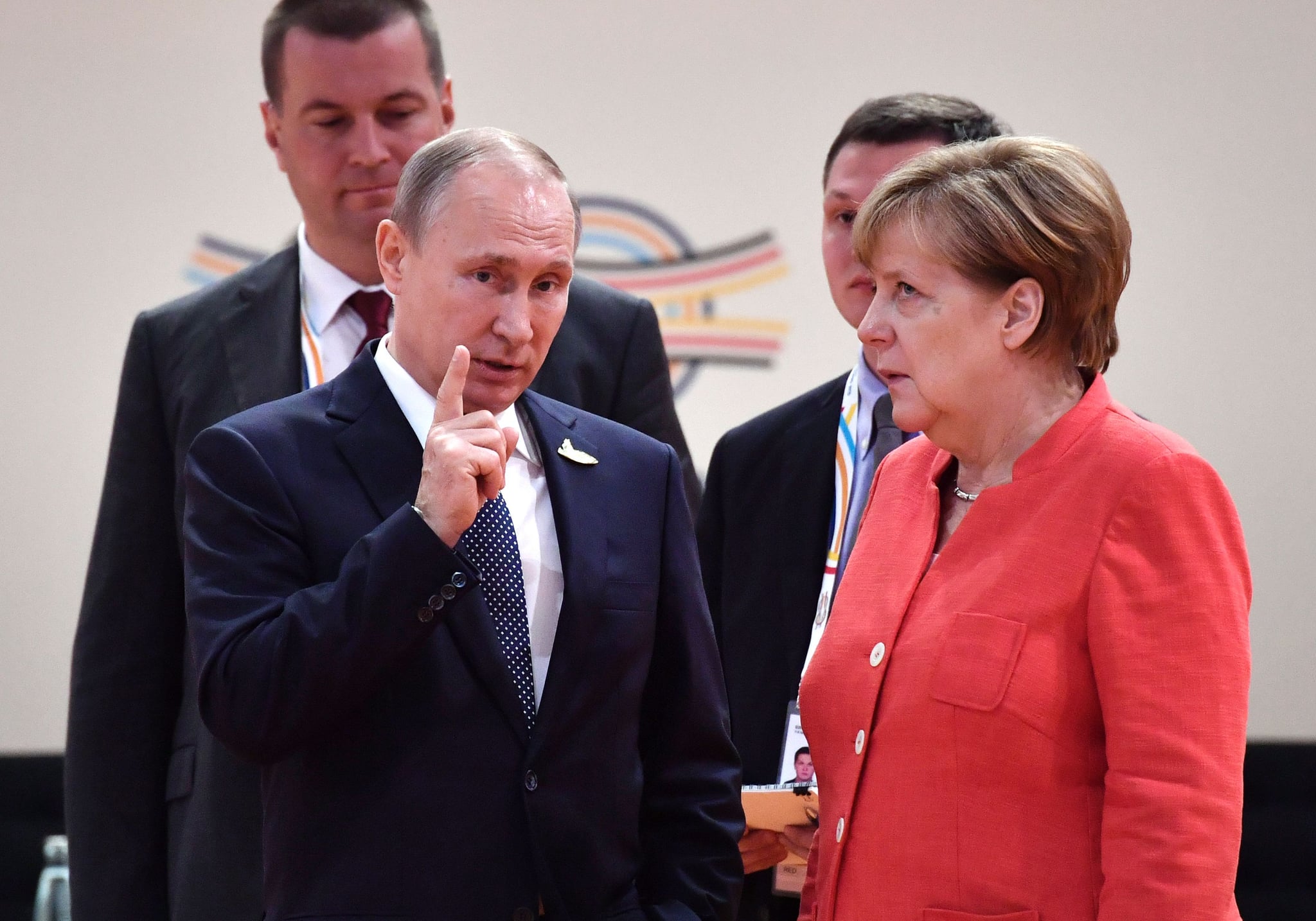 German Chancellor Angela Merkel and Russian President Vladimir Putin aren't exactly the best of friends — and never was that more apparent than in a rather amusing candid moment caught on camera at the G20 summit. The G20 brings together world leaders to discuss trade, economics, and — of course — politics. So naturally, tensions often run high — and when they do, you can count on the internet to spot them.

In the clip, posted by Twitter user and journalist Simon Ricketts, Putin is talking to Merkel about something. However, she looks pretty done with him, rolls her eyes, and appears to let out a small sigh, as well.

Related:
People Marched as Zombies to Protest the G20 Summit — and It Was Hauntingly Perfect

People on the internet are applauding her eye roll:

Others compared it to the one Anderson Cooper gave to Kellyanne Conway:

Madam Chancellor you do you!

Hey @andersoncooper I believe Madam Chancellor just bet your eye roll. You did good, but now she's the champ.

And plenty of women could totally relate:

I feel her drain. https://t.co/NPBKLvYhIM

me at literally all men https://t.co/D8skc5YweD

Consider Merkel's eye roll our new GIF of choice to use for every situation.