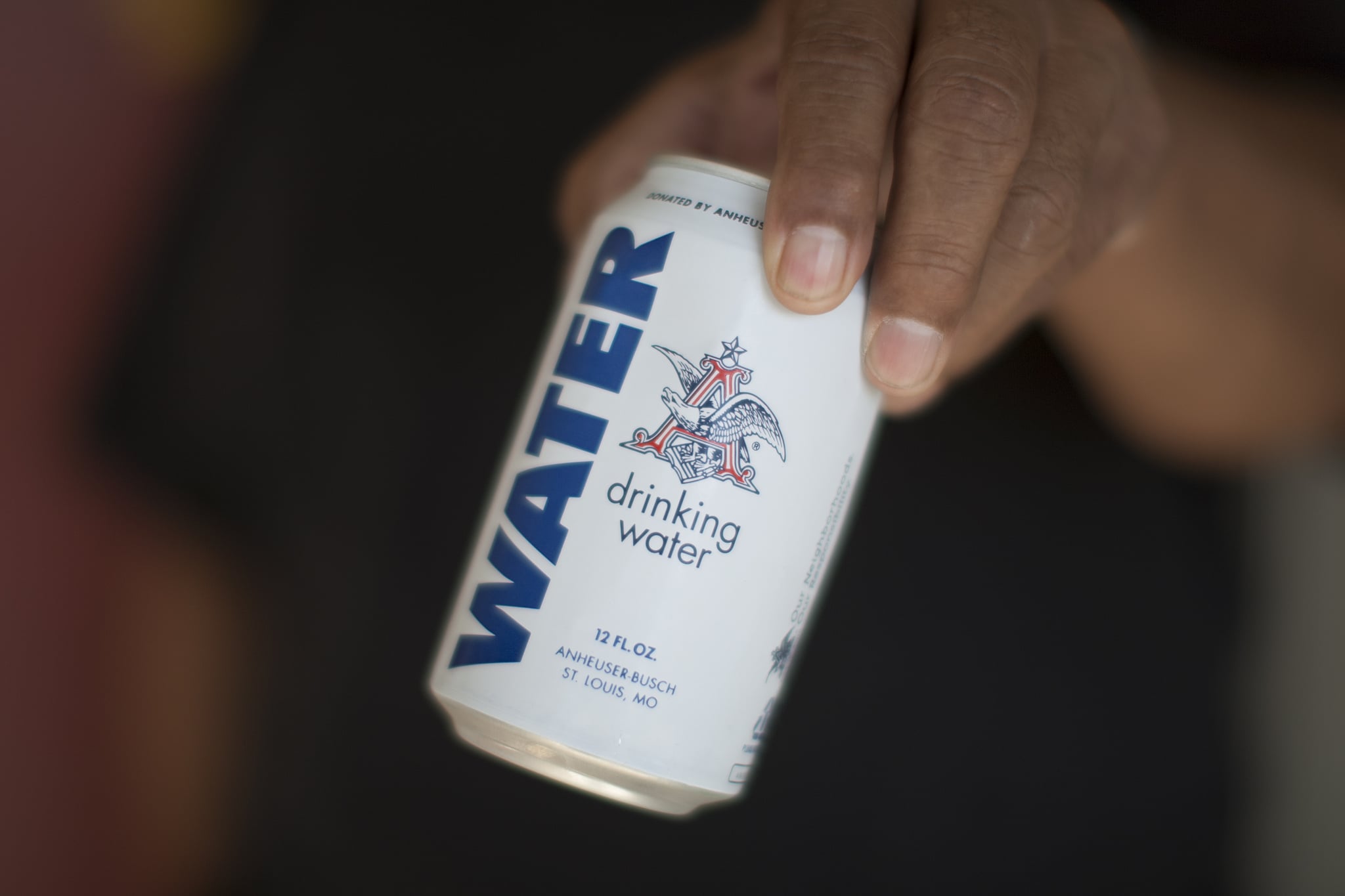 As Texas continues to deal with the flooding and destruction left in the wake of Hurricane Harvey, people — and companies — are doing anything they can to help. This includes Anheuser-Busch, the maker of popular beers like Budweiser and Shock Top, which has since stopped beer production in one of its breweries to can water for Hurricane Harvey victims instead. So far, the company has sent more than 155,000 cans of water to both Arlington, TX, and Baton Rouge, LA. MillerCoors has also distributed 50,000 cans of water via the Red Cross.

Open since 1993, Anheuser-Busch's brewery in Cartersville, GA, does usually take time twice a year to produce cans of water for emergencies. However, the company will produce even more cans of water if a situation warrants it. The company's practice of canning water dates back to 1988, with one recent example including supplying parts of California with cans of water during the state's drought in 2015.

"Since 1988 we have donated an excess of 76 million cans of clean drinking water," Bill Bradley, Anheuser-Busch's VP of community affairs, told the Today show. "The Cartersville location is our designated brewery for the emergency water program — it's something we're very proud of."

Related:
This Dog Just Became a Symbol of Resilience in Texas After Harvey

The company stressed that sending cans of water would not be possible without its partnership with the American Red Cross and its local suppliers. "We have an excess of 400 independent distributors throughout the US [that] allow us to do this," Bradley said to the Today show. "It would be so much more difficult to do it without them at the local level."

Anheuser-Busch isn't alone in its effort; MillerCoors and Ball Corp. are sending 50,000 cans of water to a brewery north of Houston, TX. It will then use its delivery trucks to bring the water to the southeastern area of Texas. In addition, MillerCoors is also donating at least $25,000 to the Red Cross. The company started its water canning effort this Summer.

"Providing clean water to communities enduring a crisis will aid in recovery and hopefully give some sense of comfort to those in need," Karina Diehl, MillerCoors's director of community affairs, said in a press release.

The efforts of these companies will definitely help, especially as more rain is expected in the Houston-Galveston region, the upper Texas coast, and southwest Louisiana.

Sports
Aly Raisman and McKayla Maroney Have a Message For Sexual-Abuse Survivors: You're Not Alone
by Samantha Brodsky 9/15