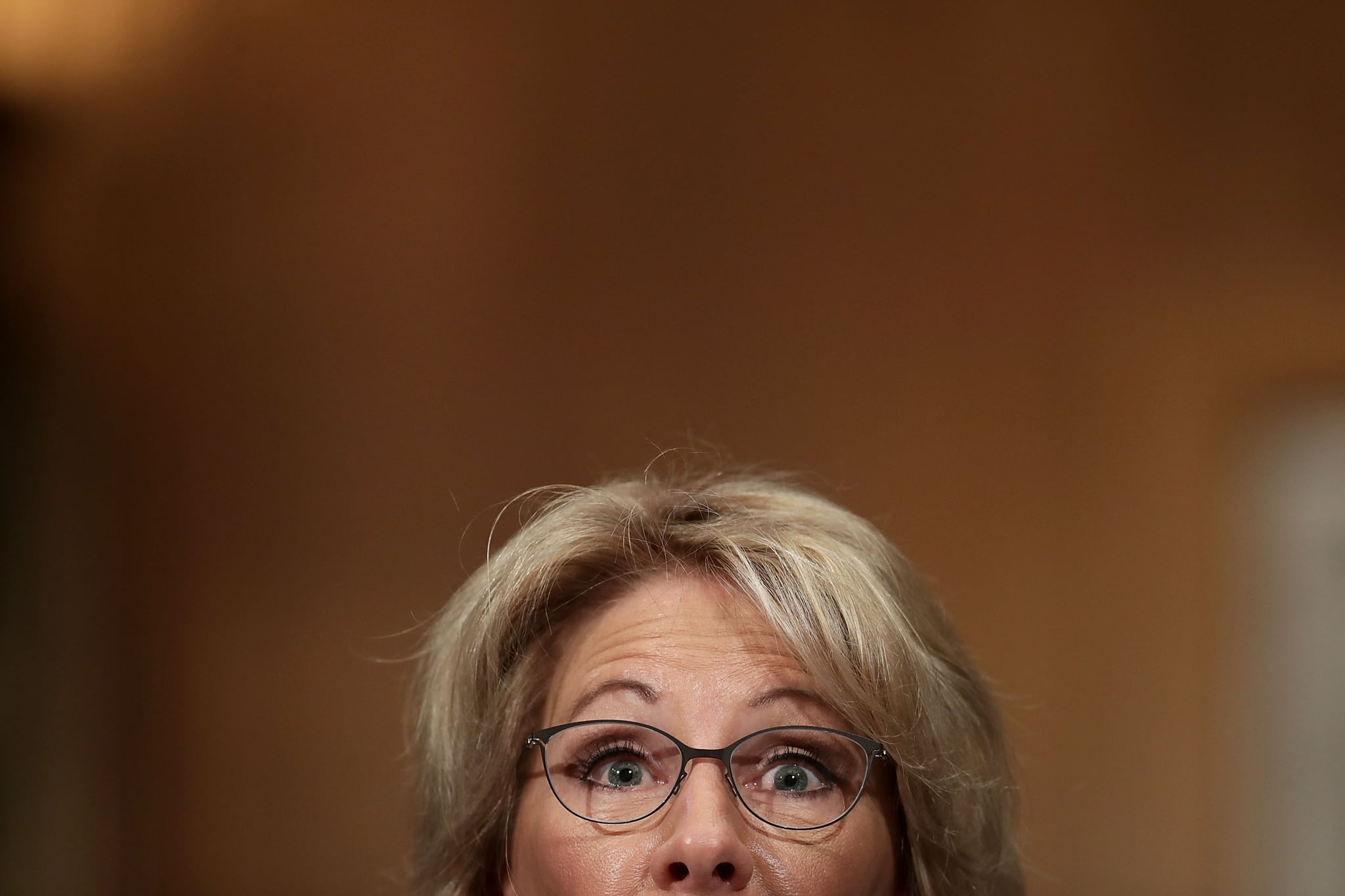 Update: Betsy DeVos was confirmed as education secretary on Tuesday after VP Mike Pence broke a 50-50 Senate tie. Here's a look back at her bungled confirmation hearing.

Original story: Betsy DeVos, Donald Trump's nominee for education secretary, showed a startling lack of experience, preparation, and basic knowledge yesterday during her Senate confirmation hearing. As Democratic members of Congress asked DeVos questions one would expect an education advocate to be able to readily answer, she repeatedly fumbled, seeming unfamiliar with some of the most commonly debated ideas in the education world.

Bernie Sanders, the ever-dependable Senate hound, was particularly blunt while grilling DeVos. "Do you think that if you were not a multibillionaire, if your family had not made hundreds of millions of dollars in contributions," Sanders queried, "that you would be sitting here today?" Sanders continued by pressing DeVos on another issue he champions, free college tuition, which she avoided answering.

.@SenSanders asks Betsy #DeVos: "Do think if you were not a multimillionaire…that you would not be sitting here today?" #DeVosHearing pic.twitter.com/Jxi3oVq4BN

DeVos, whose family has collectively donated over $200 million to Republican coffers, as Sanders pointed out, has led a campaign in her native Michigan to divert taxpayer money from public schools to charter schools. While DeVos has endeavored to "privatize" public schooling through government vouchers, Democrats charge that DeVos is supremely unqualified to lead the department — which her hearing seemed to demonstrate.

Here are four other moments from DeVos's testimony that might boggle your mind:

1. DeVos suggested guns should be permitted in schools to protect students from "grizzly bears" when pressed by Sen. Christopher Murphy.

Betsy DeVos wants to allow guns in schools because there might be bears #DumpDeVos pic.twitter.com/5vEFhZR64W

2. DeVos refused to answer Sen. Tim Kaine's yes or no questions about accountability standards in schools that receive federal funding.

3. DeVos was seemingly unaware that the Individuals With Disabilities Education Act was a federal law when asked by Sen. Maggie Hassan.

4. DeVos was unable to explain the difference between proficiency and growth — a matter widely debated by educators across the country — when pressed by Sen. Al Franken.

Franken asks the Secretary of Education nominee on her views re: proficiency vs. growth. She is not qualified to lead. #DeVosHearing pic.twitter.com/QN1HLsc1WV

Vaccinations
After Picking "Pandemic" Last Year, Merriam-Webster's 2021 Word of the Year Is "Vaccine"
by Kelsey Garcia 6 days ago