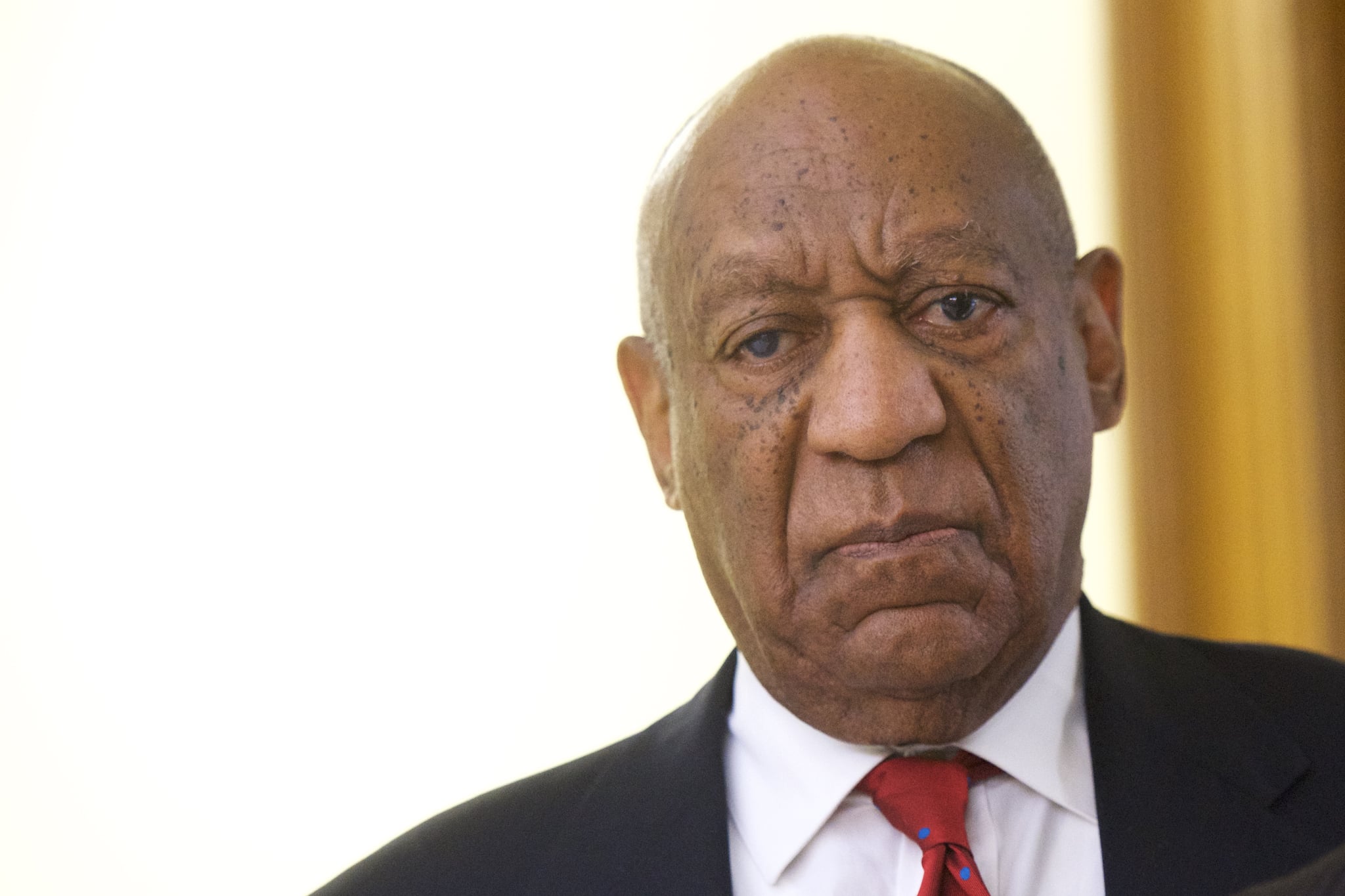 After years of maintaining his innocence against dozens of sexual assault allegations, comedian Bill Cosby has been found guilty of aggravated indecent assault against Andrea Constand. The jury revealed its verdict in a courtroom near Philadelphia on April 26. Jurors at the Montgomery County Courthouse deliberated for two days after hearing the case, in which Cosby was accused of drugging Constand, who was then his mentee and a Temple University employee, and sexually assaulting her. After hearing the verdict, Cosby reportedly launched into a tirade against District Attorney Kevin Steele, calling him an "assh*le" and declaring "I'm sick of him!" when Steele sought to revoke bail.

Per the jury, Cosby is guilty of three counts: penetration after administering an intoxicant, penetration with lack of consent, and penetration while unconscious. Each of these felonies could come with a prison sentence of up to a decade — though it's unclear whether sentencing will take into account the 80-year-old comedian's reported health struggles.

While this is his first conviction, this is not the first time Cosby has faced a jury and been accused of sexual predation. Constand faced Cosby in court in 2017, but that case ended in a mistrial that June after jurors failed to come to an agreement after six days of deliberation. Following the mistrial, one of the jurors gave an anonymous interview criticizing Constand for wearing a crop top to meet Cosby and suggesting that many of the women who said Cosby sexually abused them had "jumped on the bandwagon" of accusers.

At present, more than 50 women have accused Bill Cosby of rape, molestation, or sexual harassment.

Music
Mel C Reveals She Was Sexually Assaulted Before the Spice Girls' First Concert: "I Buried It"
by Eden Arielle Gordon 2 weeks ago